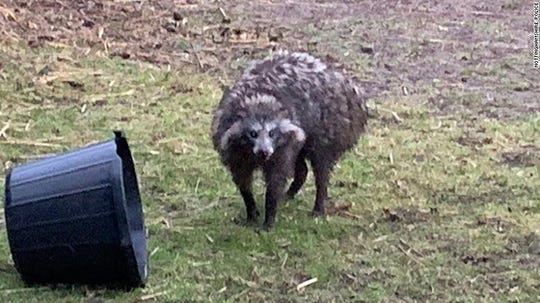 Raccoon dogs are not the Frankenstein creation they appear to be. Commonly referred to as a “tanuki”, a raccoon dog is part of the canid family. (Photo: Submitted)

Authorities are warning residents of a small village in England to be on the lookout for a pair of raccoon dogs that are on the loose.

The Nottinghamshire police warned those living in Clarborough, a village in Nottinghamshire, that the animals went missing from their enclosure around 6 a.m. Tuesday.

“The animals, which are described as being the same size of a medium- to small-sized dog, are potentially dangerous if approached as they are not domesticated,” police said in a statement.

Commonly referred to as a “tanuki”, a raccoon dog is part of the canid family, which includes dogs and wolves. It resembles the raccoon because it has dark facial markings that contrast with its yellowish brown coat, but it does not have a ringed tail.

They are native to eastern Siberia, northern China, North Vietnam, Korea and Japan, according to the Royal Society for the Prevention of Cruelty to Animals. It’s illegal to sell or breed raccoon dogs in the United Kingdom because they’re considered an invasive risk to species in Europe, according to the charity, and they must be kept in a secure location.

‘He was coming right at me’: Alligator encounters are on the rise in Florida

Deer, dogs and cows? They don’t look as scary as a snake or a bear, but these animals are surprisingly deadly 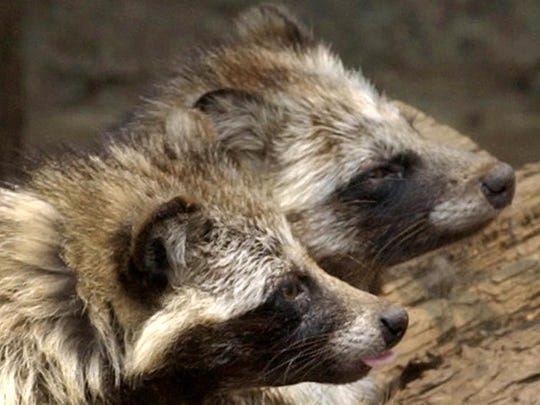 Mandy Marsh, 53, and her husband Dale, 54, told British online newspaper The Independent that one of the animals attacked their pet goat and pony. The couple heard the animal making noise in their field and grabbed planks of wood to chase it off, according to the newspaper.

“It was actually terrifying,” Marsh told the outlet. “It was absolutely crazy. It was hissing and screaming and snarling. It was going absolutely mad.”

After two hours, the couple finally got rid of the creature, but their pets were left with scratches from the attack, The Independent reported.

Police advised anyone who spots the animals to call 999 and report the sightings.