SAN FRANCISCO (Reuters) – Former Peruvian president Alejandro Toledo, facing extradition from the United States as part of a corruption investigation, was deemed a flight risk by a U.S. judge on Friday and ordered held in jail. 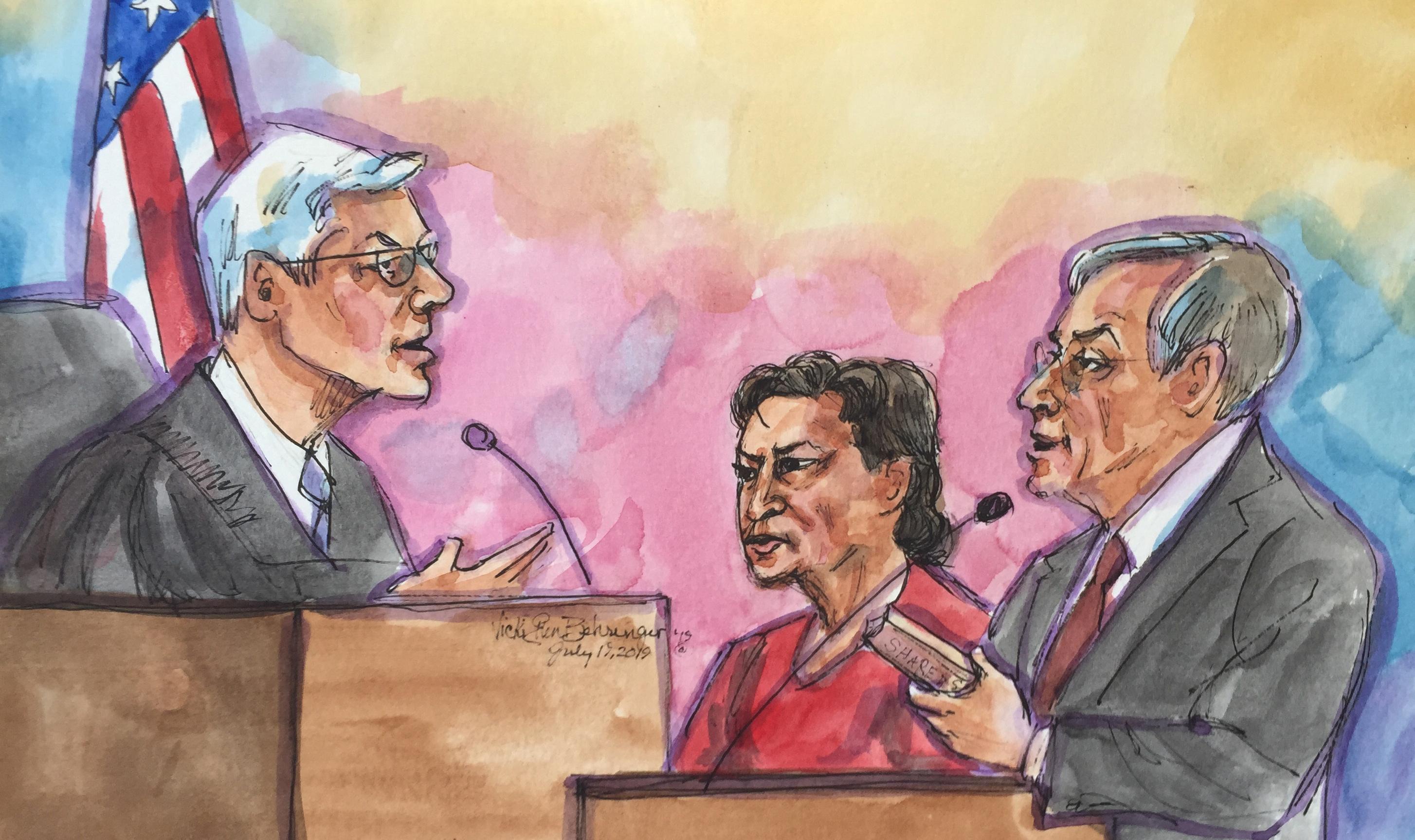 U.S. Magistrate Judge Thomas Hixson ruled that Toledo, who was arrested earlier this week in California and appeared in a packed courtroom wearing a red prison jumpsuit, should be kept in custody during extradition proceedings, a process that could last a year.

Toledo, who served as president from 2001 to 2006, is a fugitive from Peruvian justice for allegedly receiving $20 million from the Brazilian construction company Odebrecht [ODBES.UL] in exchange for aid to win public works contracts.

He was arrested on Tuesday following a formal request by Peru for his extradition a year ago.

Hixson cited for his decision $40,000 in cash found by the FBI in a suitcase when they arrested Toledo, adding if he fled it would cause diplomatic tensions for the United States under its treaty obligations with Peru.

Toledo has repeatedly denied any wrongdoing.

His lawyer during the hearing, Joseph Russoniello, said Toledo was an “extraordinary person” and argued the Peruvian arrest warrant was insufficient to extradite him. Toledo wanted to seek justice in the United States because of discrimination against him in Peru, he added.

Peru has faced a wave of political scandals linked to corruption and particularly the Odebrecht case. Former President Pedro Pablo Kuczynski was arrested at his home over allegations of bribery linked to the investigation.

Another former president, Alan Garcia, shot himself in the head to avoid arrest in April, in connection with alleged bribes from the Brazilian builder.