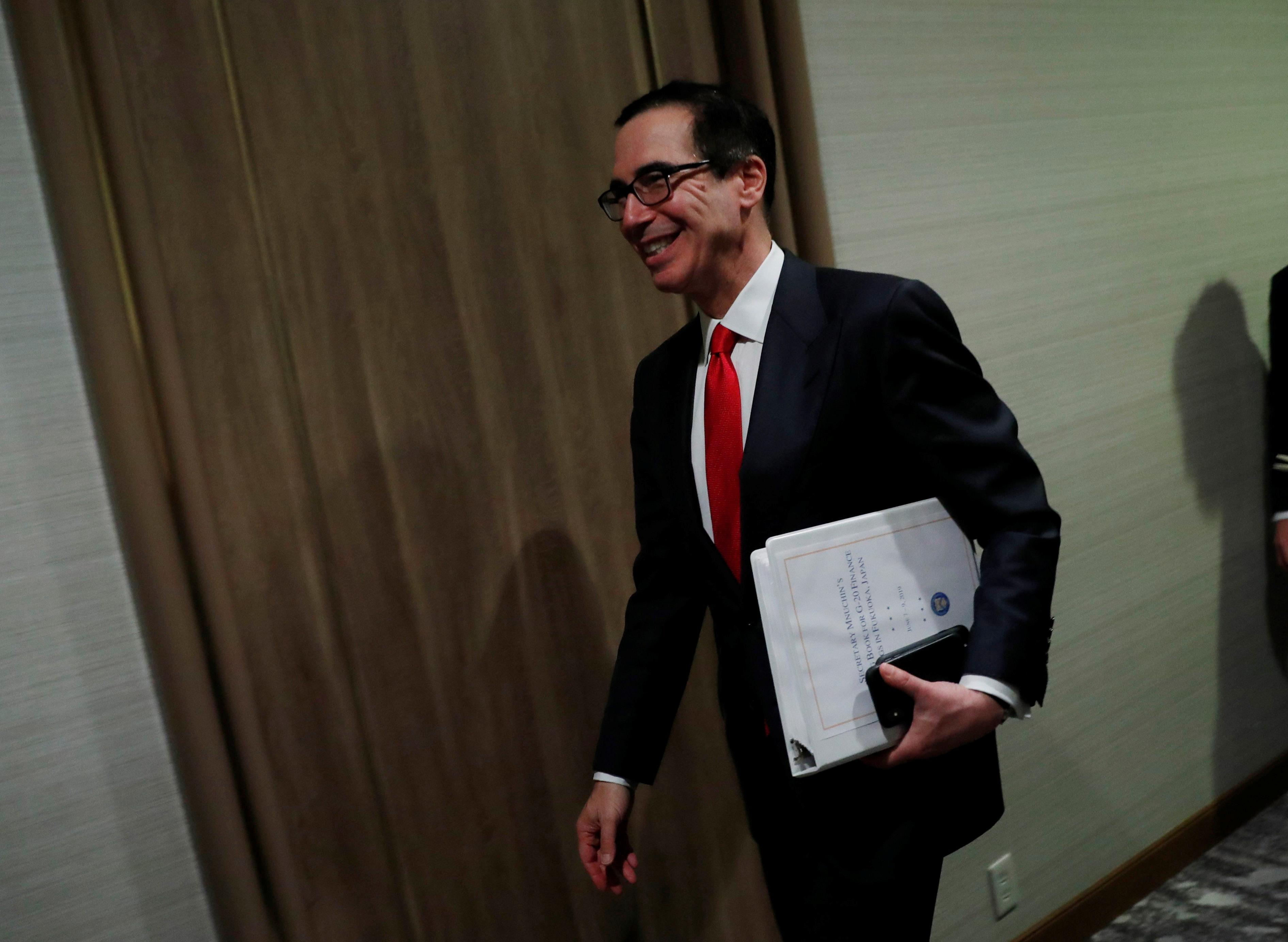 FUKUOKA, Japan (Reuters) – U.S. Treasury Secretary Steven Mnuchin said on Saturday that the U.S.-Mexico immigration deal met President Donald Trump’s objectives of fixing immigration problems on the southern U.S. border, but Trump will retain the authority to impose tariffs if Mexico fails to live up to it.

The deal averts a 5% tariff on all Mexican goods that was due to start on Monday, with Mexico agreeing to rapidly expand a controversial asylum program and deploy security forces to stem the flow of illegal Central American migrants.

“We now have an agreement that we believe is going to fix the immigration issue. And that was extremely important to the president,” Mnuchin told Reuters in an interview on the sidelines of a G20 finance meeting in Fukuoka, Japan.

Mnuchin, who said he participated in a call with Trump just before the deal was announced, said the president would retain the right to impose tariffs if Mexico did not keep its commitments.