Britain’s status as the world’s fifth-largest economy will remain intact next year in spite of the shock caused by the pandemic and leaving the European Union.

At the same time, the UK will remain close to the top of global growth league tables right up to 2035 and will open up a huge gap over France as the country’s tech sector soars.

These are the latest long-range forecasts from the Centre for Economics and Business Research (CEBR). 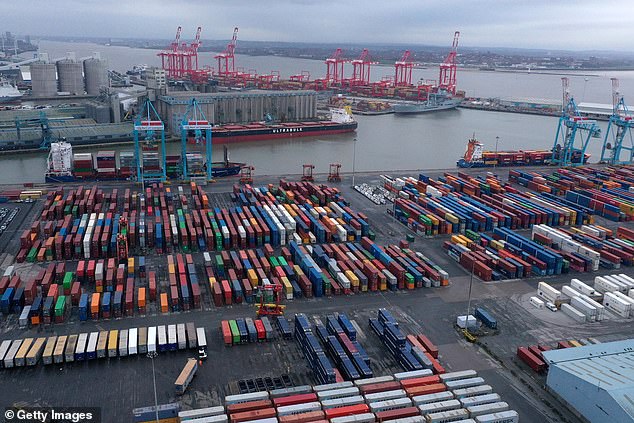 Britain will retain its status as the world’s fifth largest economy after the Brexit transition ends and will be 23 per cent bigger than France’s by 2035, experts have said (file image)

Coming on the heels of Boris Johnson’s historic trade deal, they should help to dispel any gloom about the UK’s economic prospects following a year of lockdowns to combat coronavirus.

The evidence suggests that as the vaccine comes on stream and savings accumulated in the pandemic are released back into spending and investment, the UK’s resilience will shine through and output, jobs and household income should bounce back.

‘We have a huge competitive advantage in this tech-based sector which the pandemic has kicked forward. Most of this is pretty Brexit-proof provided the UK continues to attract talented people.’

The UK’s level of unemployment – at 4.8 per cent of the workforce – also compares very favourably with EU trade partners at 8.4 per cent, according to global data.

The greatest change in the CEBR forecast is how Britain races ahead of most of Europe over the next 15 years, with the exception of the much larger German economy.

‘The UK economy continues to be one of the better performers in Europe despite Brexit,’ the CEBR’s economists said.

‘By 2035, the economy is forecast to be 23 per cent larger than that of the historic rival and neighbour France.’ 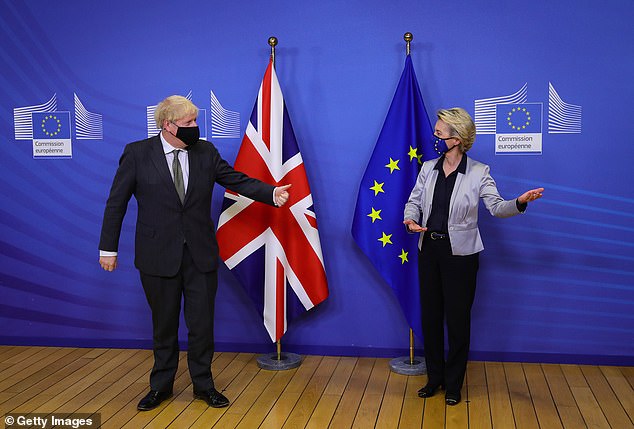 Among private sector forecasters and commentators, the CEBR has been accurate in tracking the impact of the pandemic since early this year.

Its initial projection in March of a 4 per cent loss of world output, or £4.6 trillion, has largely been borne out by the official data.

It now forecasts a robust recovery for the whole world, with 5.3 per cent growth in 2021.

Mr McWilliams said: ‘We think that when the vaccine rolls out, the world economy could bounce back quickly.

‘My colleagues have calculated about £200billion of savings in the UK as a result of the pandemic that is waiting to be spent. There will be similar build-ups of savings elsewhere.

‘We are more worried that a rapid bounce-back will lead to inflation, with shortages pushing up prices.’

Andy Haldane, the Bank of England’s chief economist, warned this week that the UK needed a ‘laser focus’ on inflation to stop the cost of servicing its £2trillion debt mountain surging out of control.

The latest data for consumer prices show no signs of a problem with inflation up 0.3 per cent year-on-year.

Britain’s plans to shift focus from EU commerce and go global in its trade relations look well timed given the radically changing shape of the international economy.

To the chagrin of those who blame China for the appalling impact of coronavirus, the forecasters say China has ‘weathered the storm better than Western economies’ and as a result will overtake the American economy in terms of dollar output in 2028 – five years earlier than previously expected.

India fell behind the UK and France in 2020, but according to the CEBR is forecast to overtake Britain as the world’s fifth-largest economy in 2024.