Brian Gaze, a forecaster at Weather Outlook, predicted the hottest day of the year could arrive by Friday, June 11, as temperatures could reach 27C in Kent. This would beat the previous warmest day of 2021 on Wednesday, June 2, when temperatures reached 26.6C in parts of London, according to the Met Office.

Mr Gaze wrote on Twitter: “GFS12z going for 27C on Friday. Given its tendency to undershoot there’s a realistic possibility of it being the warmest day of the year so far.”

He later added that temperatures could soar even further a week later on Wednesday, June 16, with 36C potentially even scorching the south-east, including London and Kent.

He wrote a caption alongside a map showing the sweltering heat on Twitter, which said: “GEFS00z perturbation 29 is interesting to say the least.”

The map also showed a sizzling 30 hitting Southampton, Bristol and even Leeds in the north on the same day. 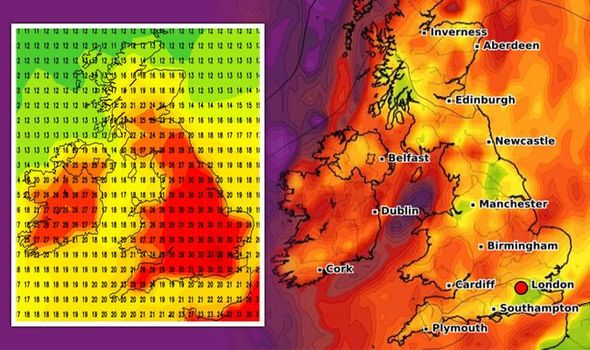 The Yorkshire Dales could also see 31C, while Brighton basks in 32C.

The BBC’s long-range forecast between Monday, June 14, and Sunday, June 20, presided high pressure to help send temperatures soaring during the middle of the month.

The forecast said: “High pressure that builds in strongly towards the end of next week should begin a slow westward trek in mid-June, gradually shifting away from the UK and into the North Atlantic. 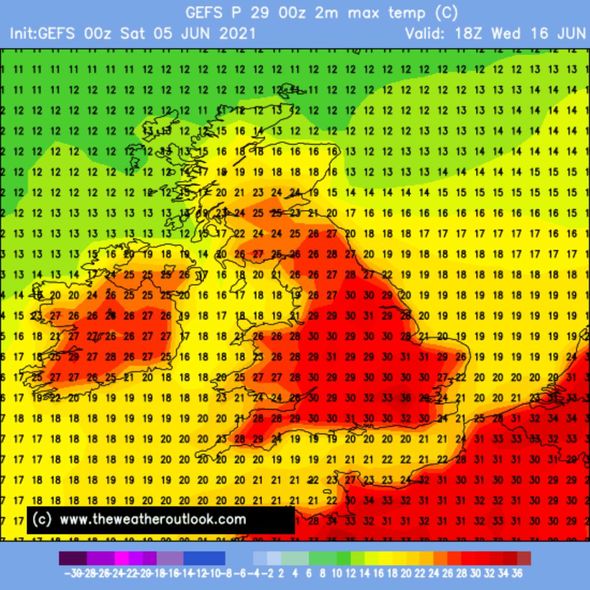 “Mid-June is likely to remain warmer and drier than normal for a time as high pressure lingers near enough to deflect weather fronts.

“Temperatures are likely to be above average for most and may be slightly warmer than we expect for next week.”

The Met Office also expected temperatures to be “above average” between Friday, June 11, and Sunday, July, 4, although there may also be spells of rain.

The forecast said: “Rather mixed conditions are expected at the start of the period, with a good deal of fine and dry weather around, although equally cloudier conditions and scattered showers, which could be heavy and possibly thundery towards the southeast of the country. 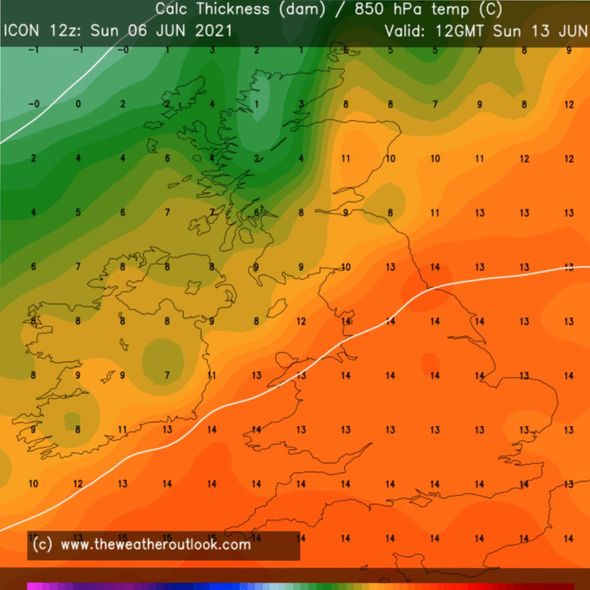 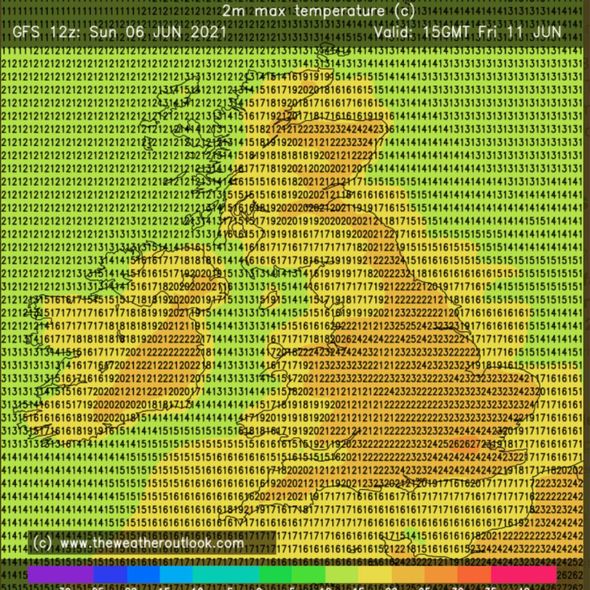 “Otherwise, temperatures will trend towards the warmer side of average. Towards the end of the period, a trend towards more settled and dry conditions overall, however this accompanied by a risk of some showers and prolonged spells of rain across the far north. Low cloud and sea fog are also likely to develop, throughout this period and affect northern and eastern coastlines.

“Temperatures are likely to remain average to warmer than average with an increased risk of hot conditions.

“A good deal of fine and dry weather across much of the UK for the end of June, although there could be a few showers in places and perhaps some rain in the far north at times.

“Temperatures are likely to be above average. By the end of June and into early July, conditions will probably become more unsettled with an increasing chance of rain spreading across the UK.” 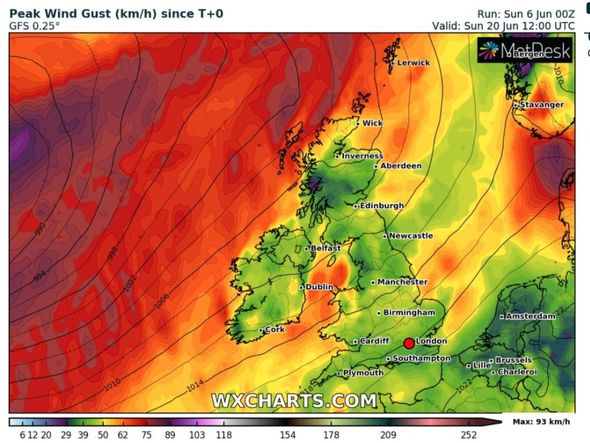 Netweather also predicted a heatwave to strike during this period, as the forecast between Monday, June 14, and Sunday, June 20, said: “Confidence is quite low for this period, with signs that the settled weather will begin to break down.

“Westerlies do not look likely to dominate this week, suggesting an emphasis on slackening high pressure and slow moving slack low pressure becoming more common later in the period, pointing towards an emphasis on sunshine and showers, the showers possibly slow-moving and thundery.

“Temperatures are expected to be above normal early in the week, when a heatwave and thundery breakdown is possible, but near to slightly below normal late in the week.

“Temperatures are therefore expected to be above the normal again this week, but with a cooler end to the week in prospect, probably only by about 1C.”