Wintry conditions look set to strike the UK over the weekend of February 27-March 1. Snowfall is forecast across most of the country, with even the capital expected to be blanketed with snow in the early hours of Monday morning, according to new weather maps.

Netweather’s snow risk chart turn red and white showing large sections of Britain are expected to see snow on the last weekend of the month.

By 6am on Saturday, February 27, Scotland is covered by a 100 percent snow risk, while northern England and parts of Wales are also covered by a high snow risk.

As midday hits the snow risk moves further south, with the chart showing parts of Scotland, northern England and Wales turn red and white, indicating between an 80-100 percent risk of snow.

Other parts of the country, including the Midlands and Northern Ireland, are covered by patches of yellow and green, which represents a more moderate snow risk of between 40-70 percent. 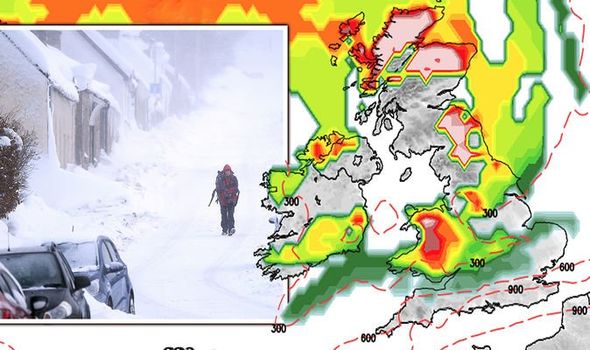 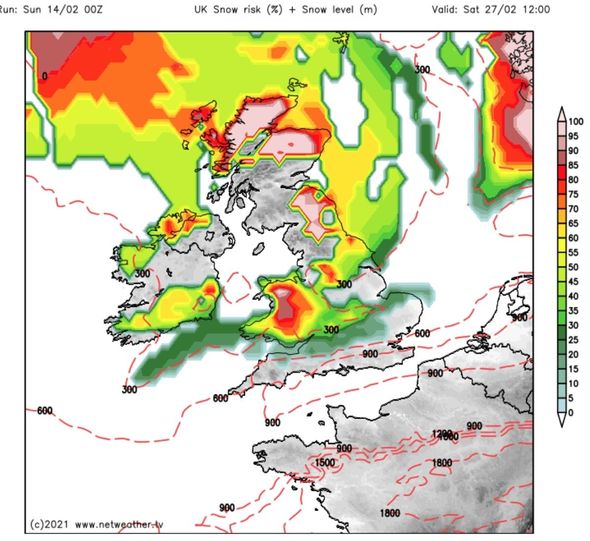 As the day progresses the weather front appears to move further south with the Midlands and southern areas covered by a moderate snow risk.

By midnight on Sunday, the wintry conditions look set to grip huge swathes of southern England, as an area from Cornwall to Kent turns dark red.

Parts of Wales, northern England and Scotland can also expect snowfall, as the chart indicates a 100 percent risk of snow for these parts.

By 6pm on Sunday, the snow risk has moved to cover huge areas of Scotland, northern England and the east coast. 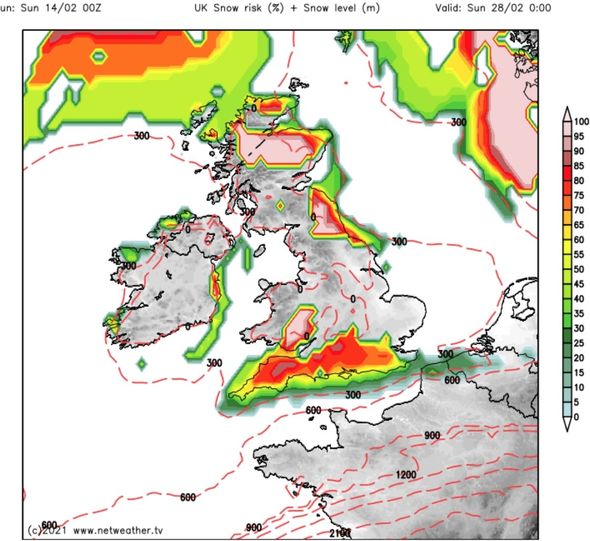 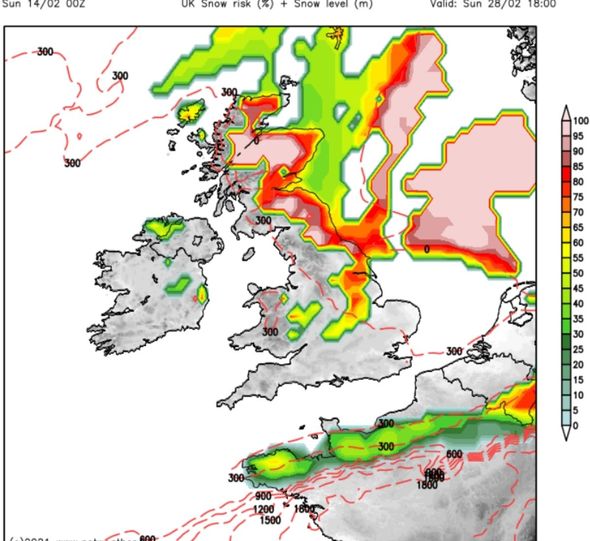 As the new month approaches, parts of the southeast of England is covered by a 100 percent snow risk.

The chart, valid for 6am on Monday, March 1, shows a huge white mass covering London, East Anglia and the southeast.

Scotland is also covered by the same snow risk.

By Midday the snow risk has moved further north, covering the Midlands and the northern counties.

The snowfall is set to move away from the UK by Tuesday morning. 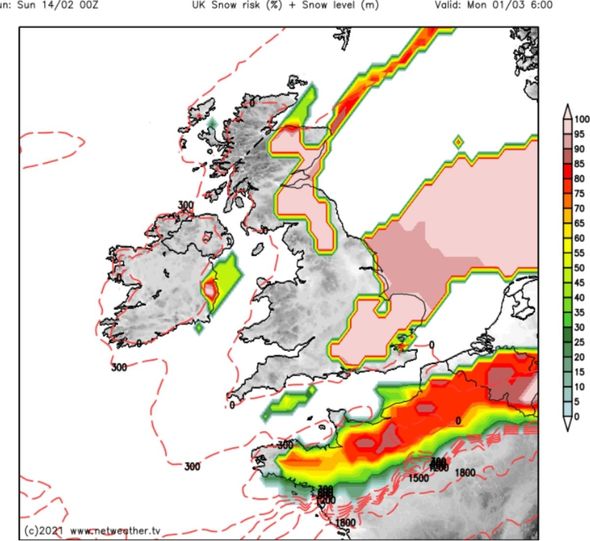 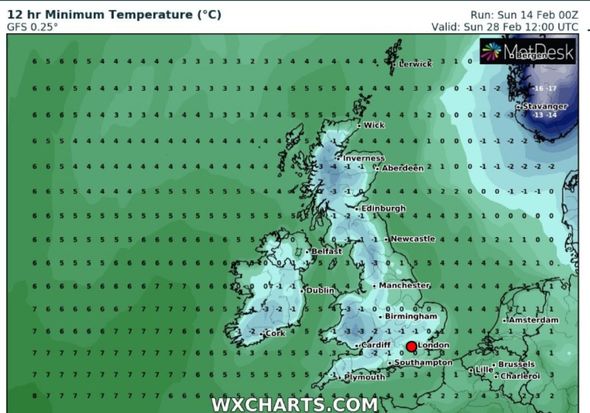 The increased risk of snowfall at the end of February coincides with plunging temperatures, with lows of -4C forecast on Sunday 28 at 12pm.

At noon the next day, -6C is forecast in Scotland, while the rest of the country will see the mercury dip to between -4C and 0C, according to weather maps.

Met Office forecasters said: “Into late February there is a signal for higher than average pressure to sit close to or over the UK, with likely drier and more settled conditions prevailing.

“Temperatures likely to return back to around, if not below, average with a greater chance of cold spells during this time, bringing an increased threat of widespread frost and a very uncertain chance of snow.” 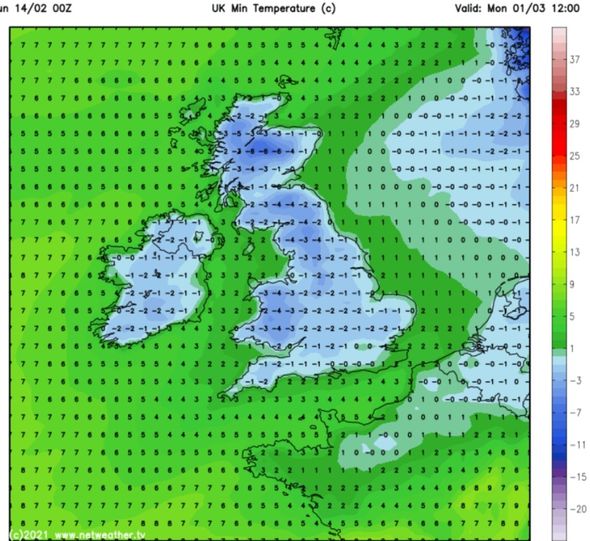 BBC Weather forecasters expect the chilly conditions to persist through the start of March.

They said: “The first half of March, which is also the start of meteorological spring, will likely see a gradual shift in the weather pattern.

“We expect the colder, more blocked weather pattern with abundant high pressure to stick around for at least the first week of March.

“This will keep things colder and drier than normal, but there is still some uncertainty on the position of the high.

“If conditions line up perfectly, as they did in early February, we could see a return of a very cold easterly blast.”