The north of England has been battered by heavy rain over the last 24 hours causing widespread flooding, with the Environmental Agency urging people to stay away from swollen rivers. A month’s worth of rain fell in Sheffield causing dozens of people to be held in a shopping centre as the heavy rain closed several roads while there has also been flooding in Greater Manchester, West and South Yorkshire and Derbyshire.

However, following that deluge, a cold-weather front has arrived bringing with it more chances of rain but also a sharp drop in temperatures.

And shock new weather charts now show a huge risk of snow across much of the United Kingdom.

The graphs show snow being brought by an Arctic weather front, which is due to hit Britain on Wednesday.

The west coast, Wales and Scotland will be first hit with central areas facing snow overnight. Then by Thursday the graphs point at the cold weather front heading to London and other areas in the east by Thursday morning battering the regions with snow. 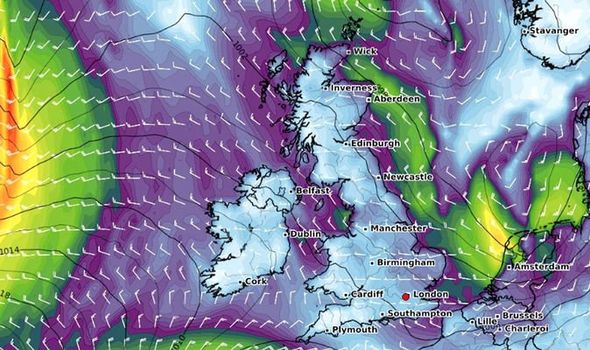 Other charts on NetWeather show bitter winds blasting Britain midweek with all areas struggling to reach above zero degrees.

Next week’s prediction of snow follows a high chance of a dusting this weekend with the the Met Office now warning of “snow on the higher ground of the north on Saturday”.

Although the rain will remain heading into next week, for most of the country the Met Office said temperatures will not rise above 8C (46F).

Commenting on the weather next week, Met Office meteorologist Aidan McGivern said a “repeated clash of Artic outbreaks” will head towards the UK causing temperatures to plummet. 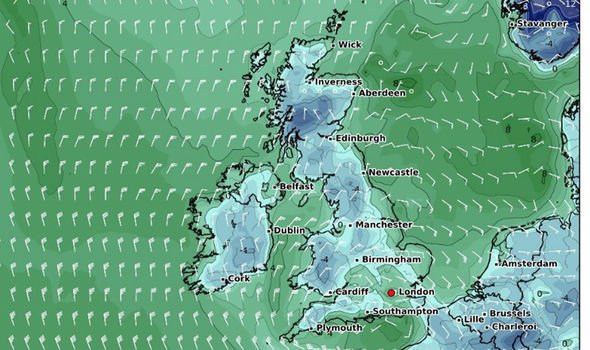 Mr McGivern said due to the repeated band of low pressure that “there will be colder than average air” which could linger for longer than expected.

Due to that, Mr McGivern warned there will be the chance of “hill snow over northern England and Scotland next week”.

The Met Office’s prediction between November 12-21 stated towards the start of the period there will be the chances of “hail”.

The forecast said: “On Tuesday, there will be sunshine and blustery showers for most, with some hail possible.

JUST IN: Met Office long range forecast: Will it snow this winter? 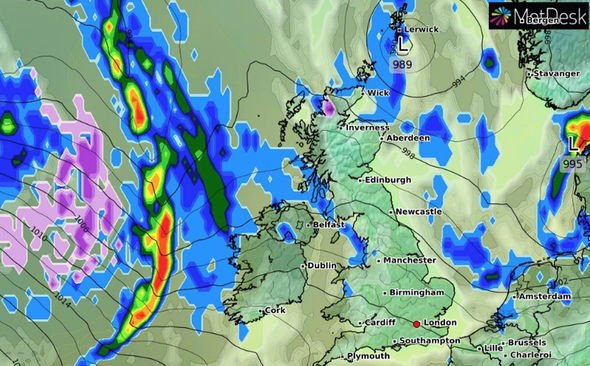 “There may also be some sleet at lower levels across the North, along with possible hill snow from North Wales northwards.”

Concluding the forecast for the end of next week, Mr McGivern added there will be further rain falling as snow.

Adding to his forecast, the Met Office also stated temperatures will remain cold throughout the week.

They added: “The rest of the working week looks set to remain rather cold and unsettled, with rain or showers for many as well as some snow over high ground in the north.” 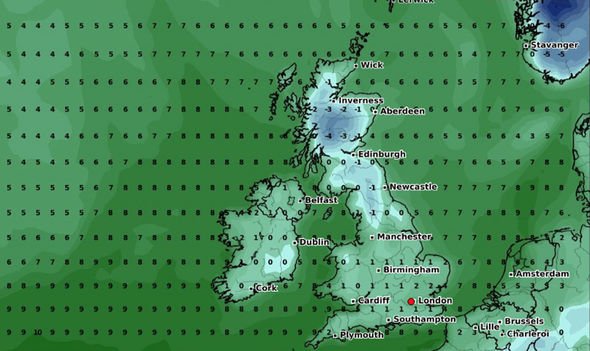 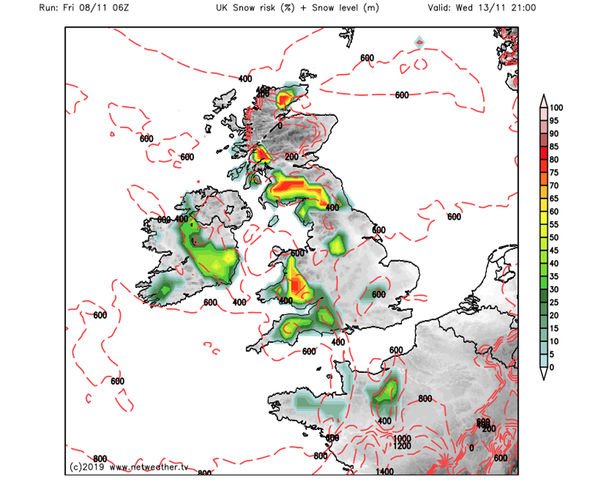 Heading into the second-half of November, long-range forecasts from the Met Office have warned that confidence remains “low” going forward.

Although the Met Office did state there is a chance that temperatures could rise, overall they stated it will be “rather cold” throughout the period heading into December.

In support of the colder weather hitting the UK towards the end of the month and going into the beginning of December, the BBC has warned of a pressure system approaching from Scandinavia.

The BBC stated: “It looks, at the moment, as though the Scandinavian high will tend to decline as we head into December but will likely hold on for the bulk of November. 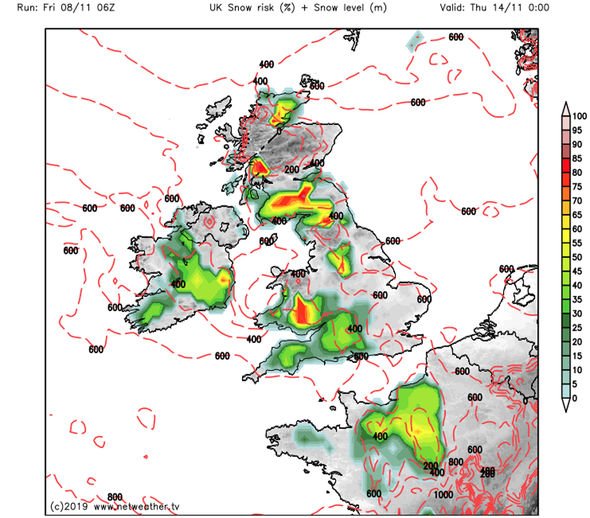 “What this means for our weather is that initially, we are likely to see slow-moving rain-bearing systems with cooler air and lighter winds.

“The pattern will then shift, with the UK seeing shorter-lived but heavier bursts of rain coupled with brief windy spells.”

The report did state however there is the small chance that temperatures could “gradually return nearer to average or perhaps a touch above average heading into December”.

Recently, climate experts have stated that Britain could be set for another Beast from the East, which could bring one of the coldest winters in 30 years.

Following a cold snap, at the end of November, there have been reports that an average temperature of 3.9C (39F). 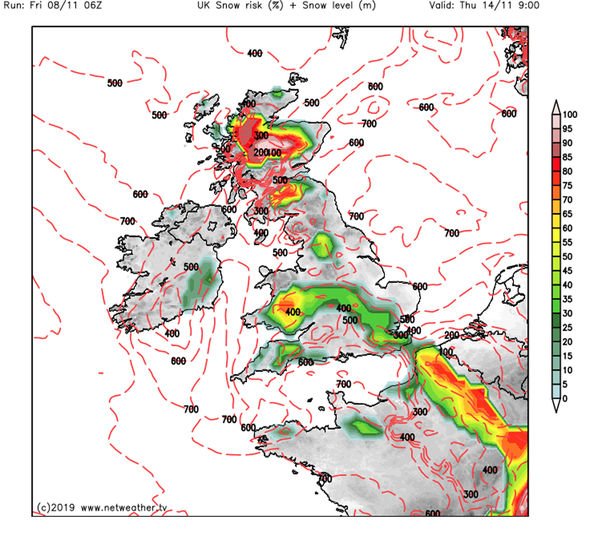 The research team led by Mark Saunders, a professor of climate prediction at University College London wrote: “This would rank 2020 January-February central England as the coldest winter since January-February 2013.