Britain saw its hottest day of the year so far yesterday, as temperatures soared to over 37C in the south of England. But the sizzling sunshine has already started to disappear for much of the UK, as fresher, cooler air and cloudy skies make it way in from the west.

But Netweather forecasters don’t think we will have long to wait until another heatwave sweeps across the UK, as they predict the mercury will soar back into the early 30s by Friday.

The forecasters expect the warmer weather to move in from Wednesday afternoon, driving temperatures back up to the mid 20s.

Weather maps show the east of England will see the best of the sunshine.

By Thursday the mercury is set to creep up even further as the high temperatures become more widespread across the UK. 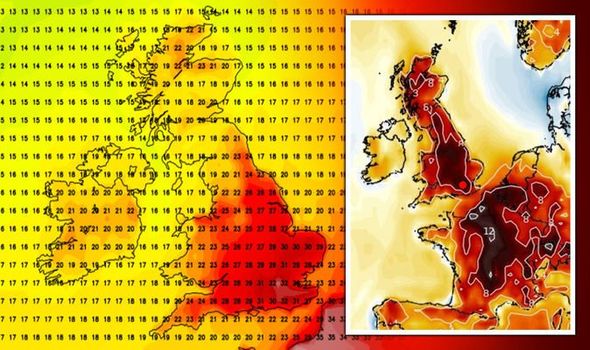 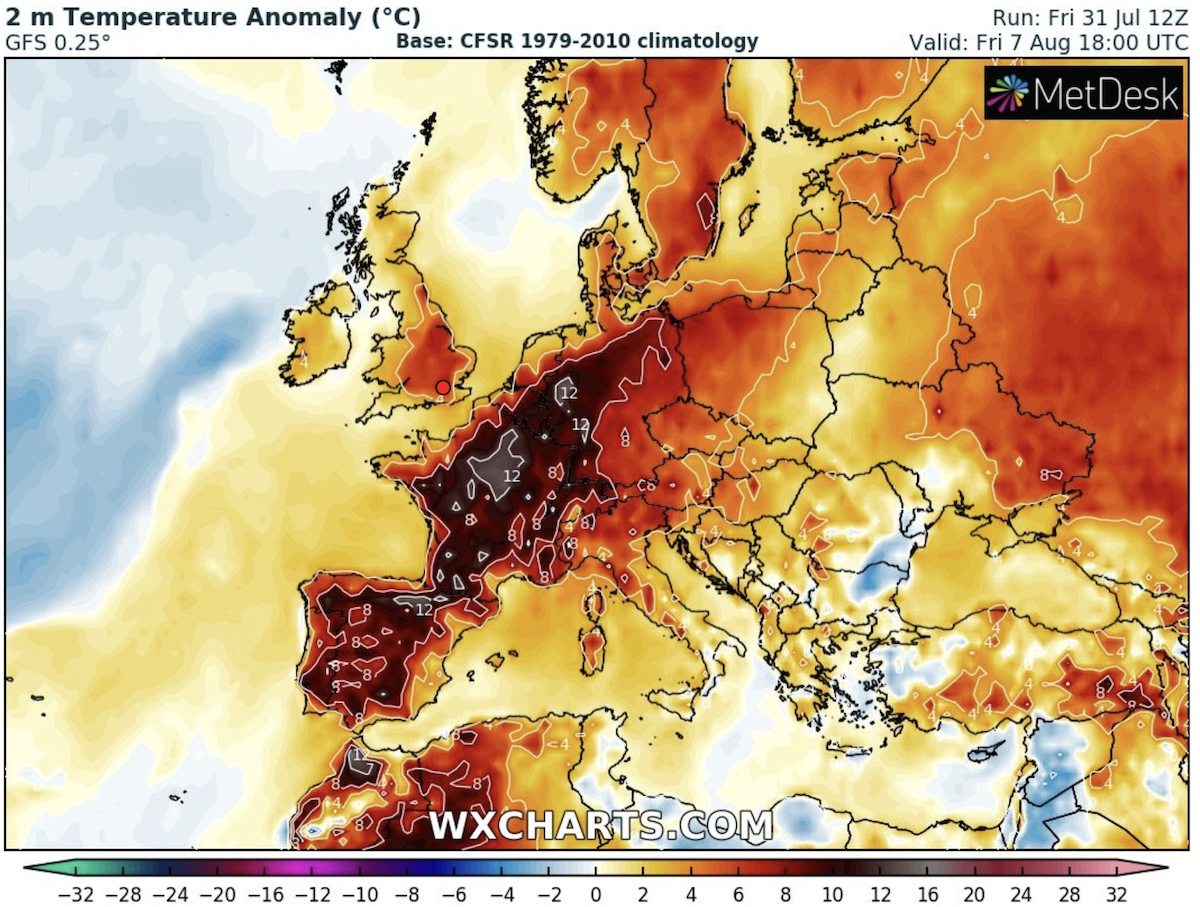 Weather maps by Netweather and WXCharts show much of England turn dark red from Thursday, with the capital expected to see highs of 27C.

But the best of the sunshine is set to come on Friday August 7, with maps showing the majority of England and Wales turn blood red as the mercury soars.

The capital is likely to see temperatures rise to the early 30s again, with highs of 32C forecast.

The forecast for the rest of England and Wales sees the mercury near 30C, while Scotland and Northern Ireland are expected to remain in the low 20s. 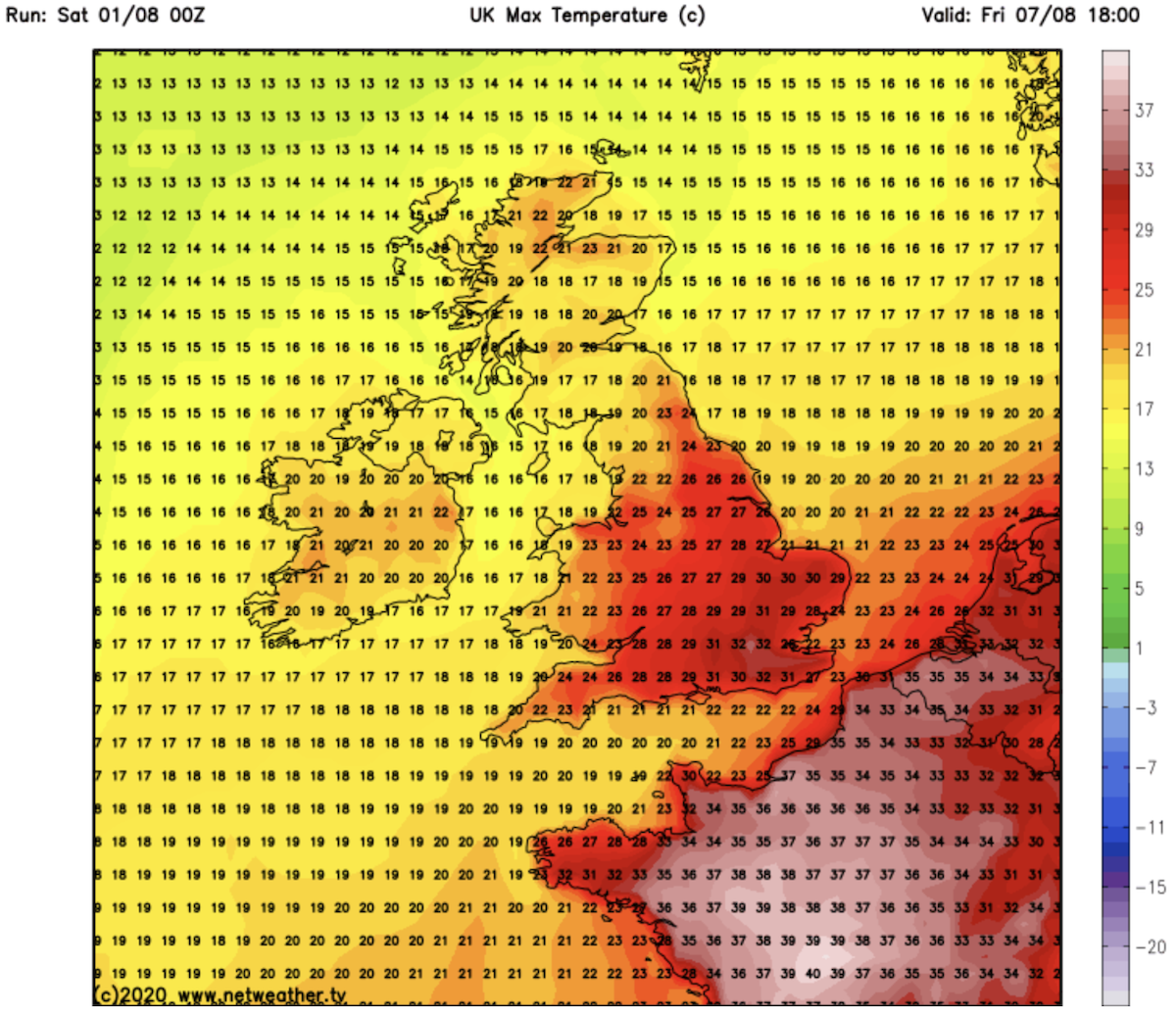 The forecasters expect the warm weather to stay through to the weekend, with a similar forecast expected on Saturday.

Temperatures will start to cool off a little by Sunday, back to the mid20s for the south of England.

Netweather forecast Terry Scholey said: “By Friday though temperatures should be rising again, with another taste of high summer weather in the offering.”

But he said it was likely the warm weather would soon be followed by another thundery period by the end of the weekend. 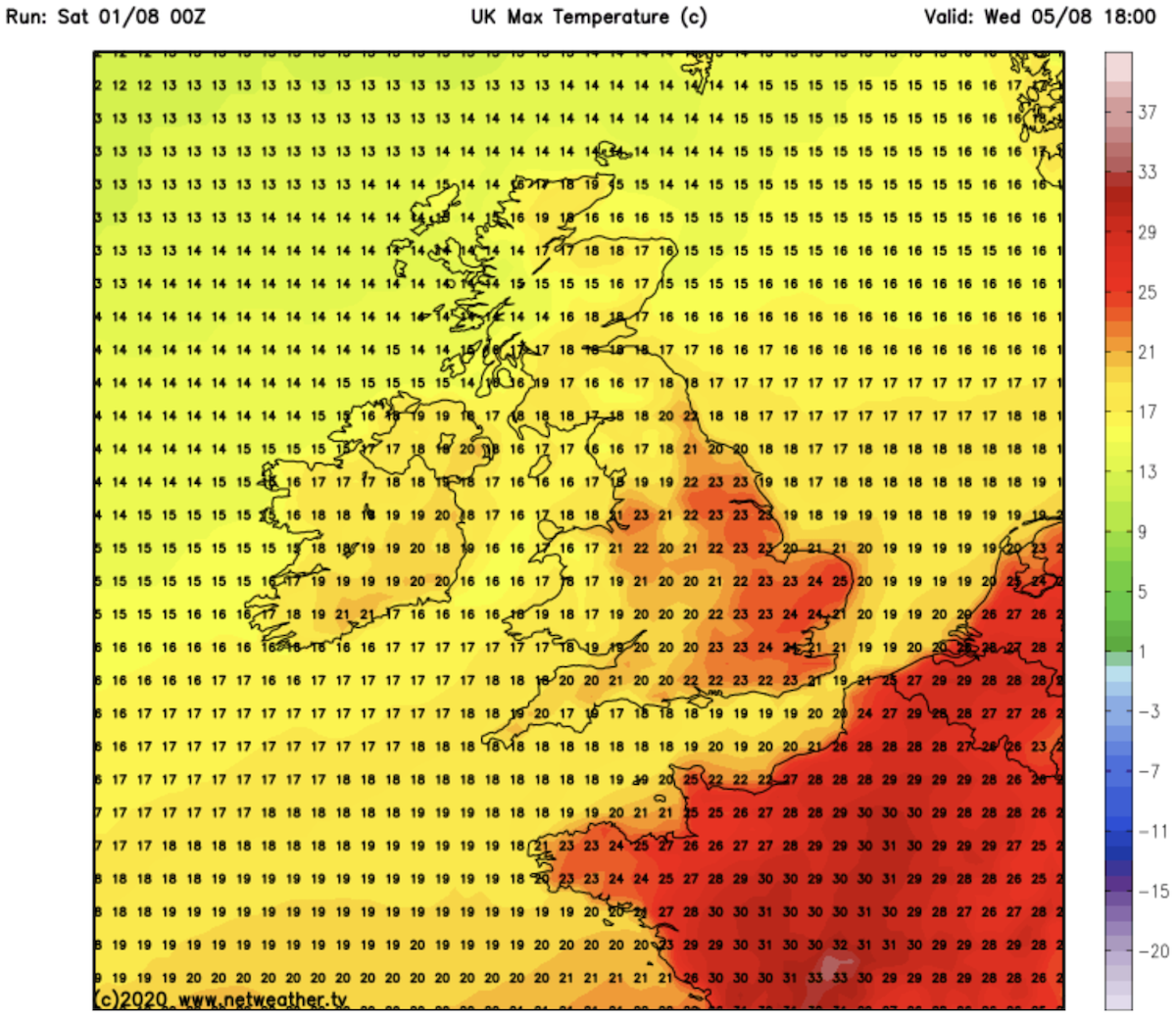 The Met Office also forecast a return to high temperatures from next week.

They said: “There are increasing signs that many parts will become drier, brighter and very warm towards the end of next week with the possibility of hot conditions developing again in southeastern areas.

“However, northwestern parts will probably stay more unsettled with further rain at times.

“Somewhat cooler conditions may follow from the west over the weekend, perhaps preceded by showers or thunderstorms.” 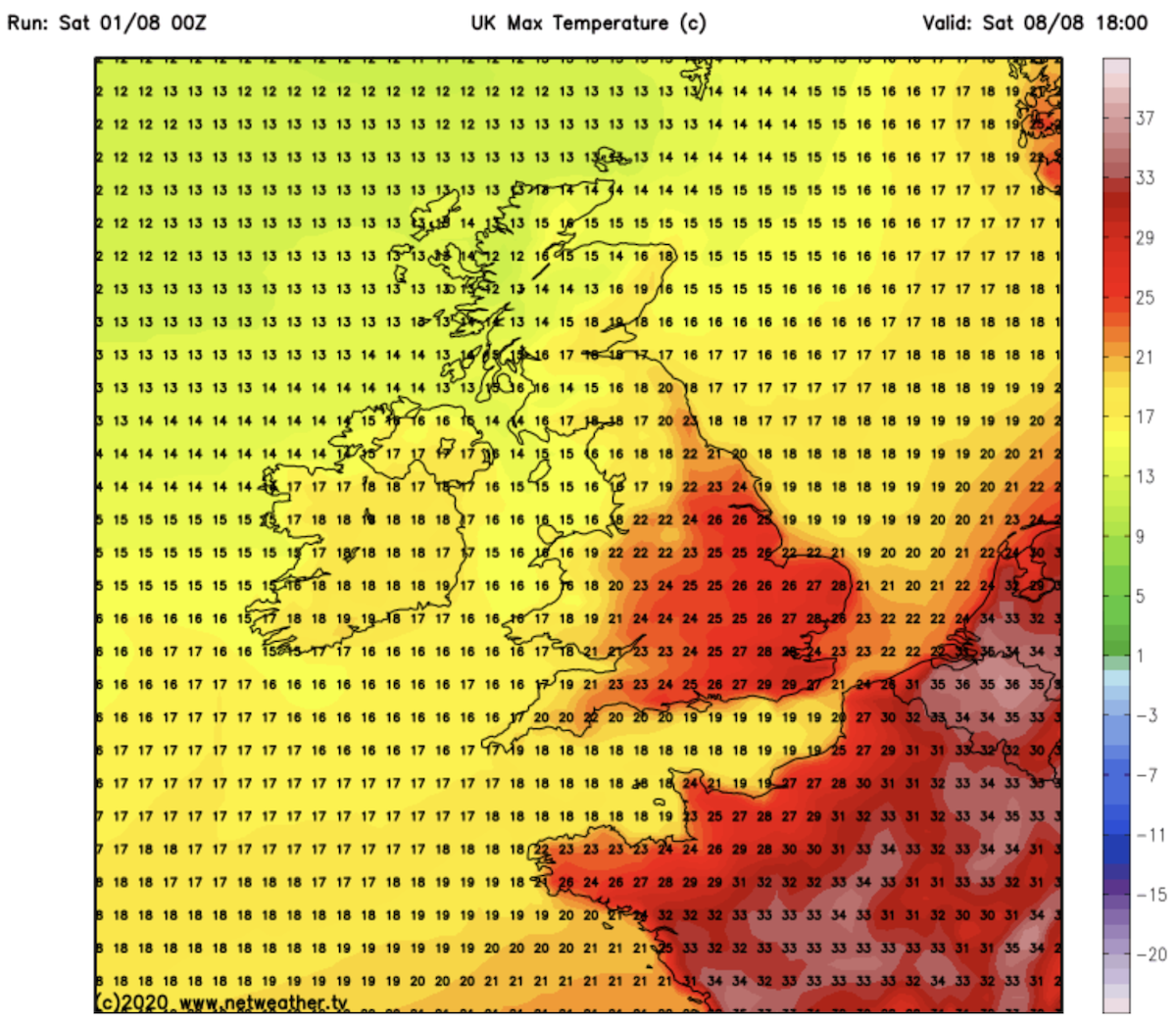 This weekend however the north of the UK, especially Scotland and Northern Ireland are expected to see heavy downpours and thunderstorms breaking out across much of the UK.

The south of England and parts of Wales could escape the unsettled conditions, however, as the mercury remains fairly warm, in the mid 20s.