The alert is in place for Friday and warns of flood risks to homes in parts of southern Britain. Transport disruptions are also likely as rain and winds continue to batter the UK this week.

The Met Office have warned that “spray and flooding on roads will make for dangerous driving conditions resulting in longer journey times”.

The Met Office said: “Rain and showers overnight Thursday into Friday will turn heavier and more persistent during Friday morning, along with a strengthening east to north easterly wind.

“Some places could receive 40-50 mm over the course of 12-18 hours, most likely in the south of this region, combined with gusts of 45-55mph inland during Friday morning rush hour. 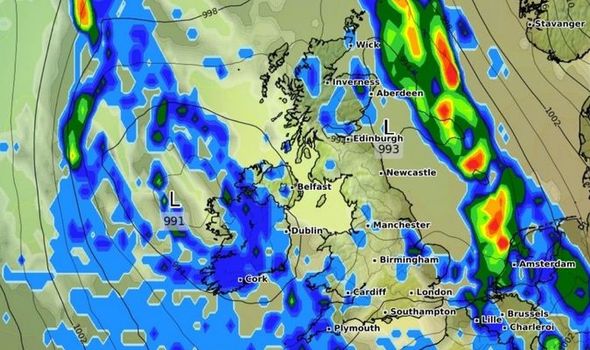 “Some coastal regions exposed to the south-east could experience gusts of 60-65mph.

“The combination of wind and rain, combined with trees losing their leaves, increases the risk of flooding due to blocked drains and watercourses.

“The wind and rain will ease from the south later on Friday, as the weather system responsible starts to move away.”

But before the Friday downpours and strong winds, Thursday is looking to be another wet day for the UK. 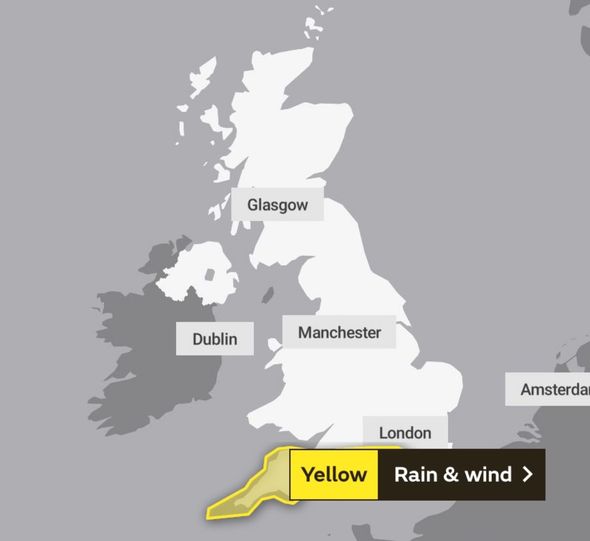 Clare Nasir, Met Office Meteorologist, said: “Where we see a lot of cloud especially across central and eastern areas of England temperature holding up.

“But it will be a cloudy start to Thursday.”

During the day on Thursday there will be a “rash of rain” extending the north and east of Scotland.

Ms Nasir added: “Showers gather towards the west and track inland becoming more intense as we head through the morning into the afternoon across Wales, the Midlands, Central Southern England as well as the west country. 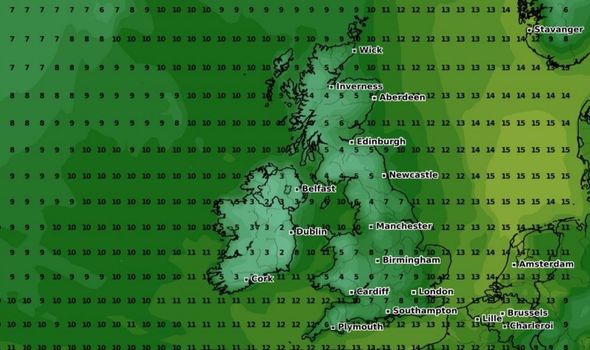 “In between some brighter weather.

“No one immune to that wet weather though we will see a few showers further north as well as west and temperatures struggling.

“All in all a showery day wherever you are.”

Temperatures on Thursday are expected to range between 12-15C.

On Friday “intense rain” will push over southern parts of England, according to Ms Nasir. 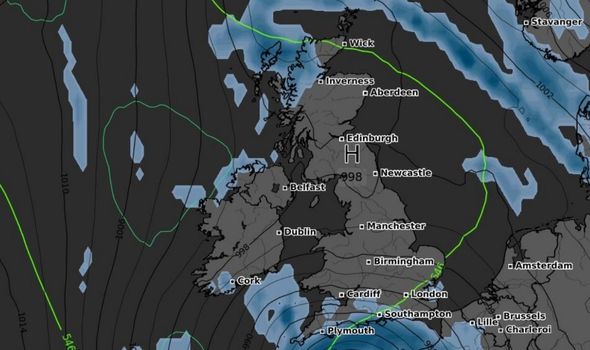 England, Wales and parts of Northern Ireland are also set for windy conditions on Friday.

As the UK heads into the weekend, the weather will continue to be unsettled.

Netweather forecaster, Nick Finnis, said: “The weather going downhill quickly on Friday in the south, as a deep low moves up from north west France bringing heavy rain and gales, drier and brighter in the north.

Prolonged rain is set to sweep many parts of the country on Saturday.

9021-oh, snap! Actress Christine Elise fired back Wednesday at Jessica Alba’s claims of a toxic environment on the set of

9021-oh, snap! Actress Christine Elise fired back Wednesday at Jessica Alba’s claims of a toxic environment on the set of