BRITAIN will be battered by heavy rain and thunderstorms today – with the recent sunshine set to disappear this weekend, the Met Office has warned.

Heavy showers are due to hit the South East in the morning – with thundery showers set for the North and West of the country, according to latest weather reports. 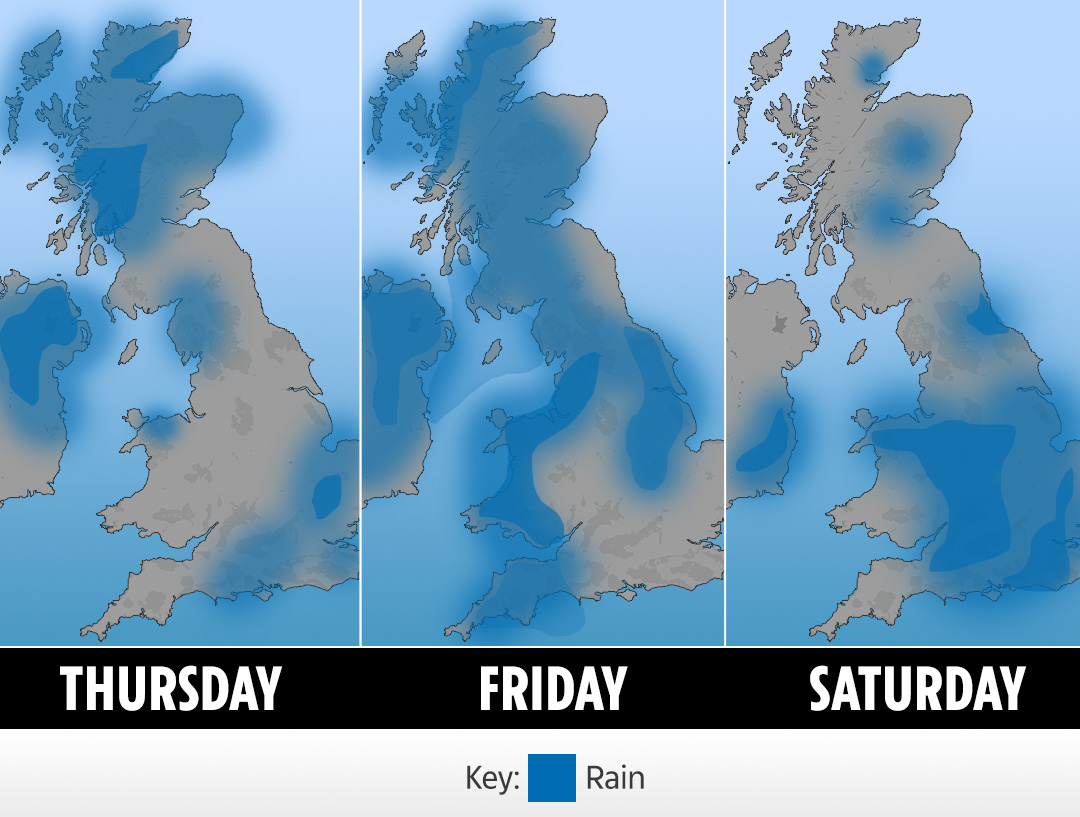 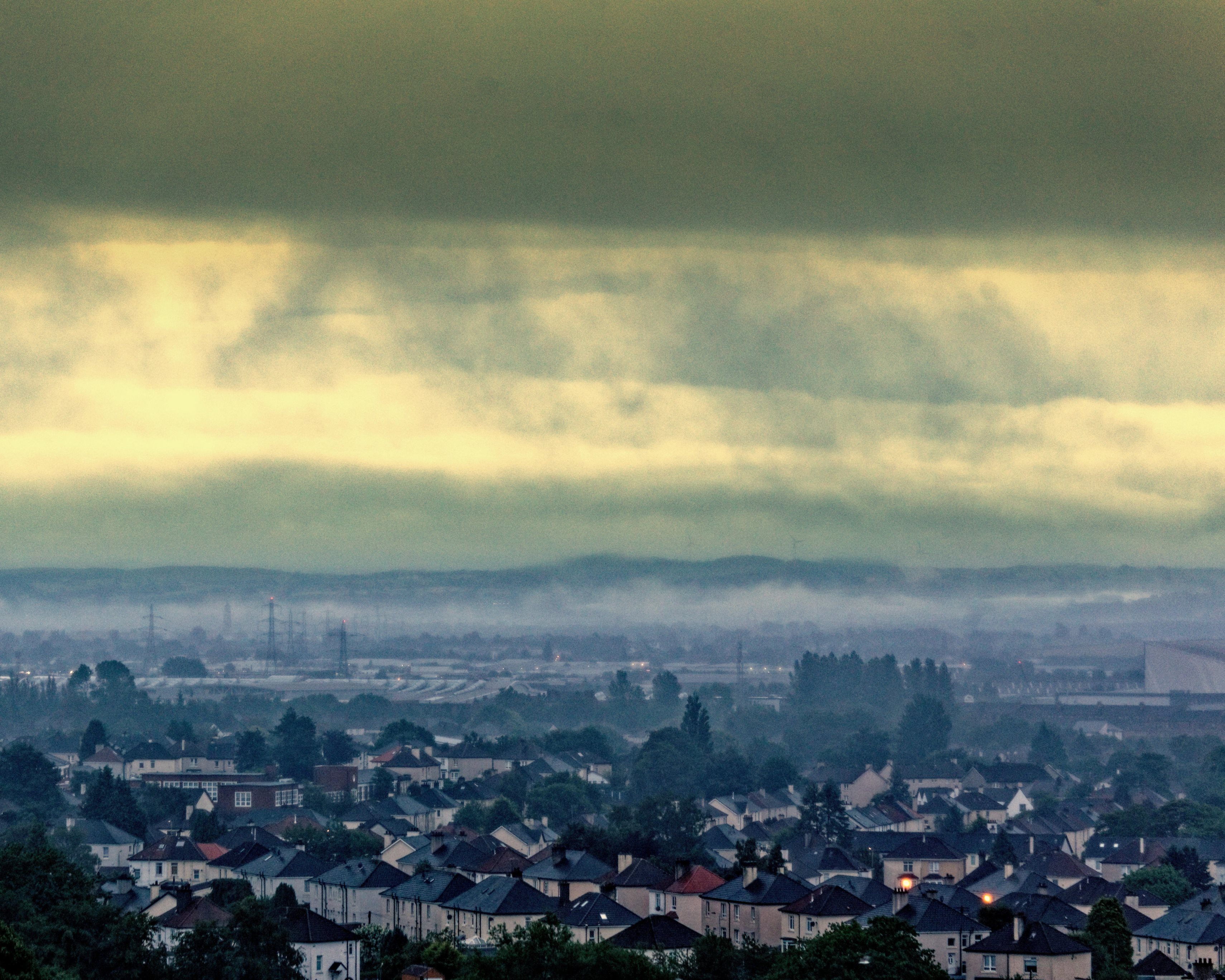 Areas including Somerset, Hampshire, the Midlands, Yorkshire and the East and West coast of Scotland will see rain in the morning.

But much of the North and Scotland will be wet by the afternoon.

The rain looks likely to continue through into Friday with heavy and thundery showers moving East.

Most of the whole of England will see some rain throughout the day – with thunder expected around Manchester and the West coast of Wales.

IN FOR A DRENCHING

And while some sunshine may make an appearance on Saturday – rain is still expected for much of the country.

The Met Office yesterday warned the country will be drenched by rain over the next five days.

Met Office spokesman Oli Claydon said the weekend's weather will be "hit and miss" due to a band of rain moving in from the South West.

He said: "That will still be clearing eastwards through Saturday morning, particularly along the East coast.

“In its wake there will be periods of brightness but there is a mixture of heavy, potentially thundery showers as well. 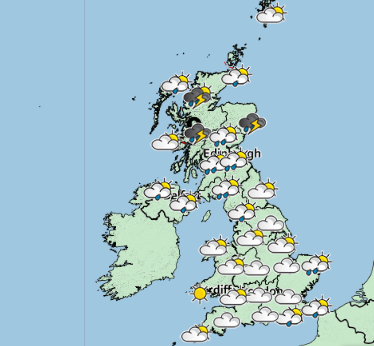 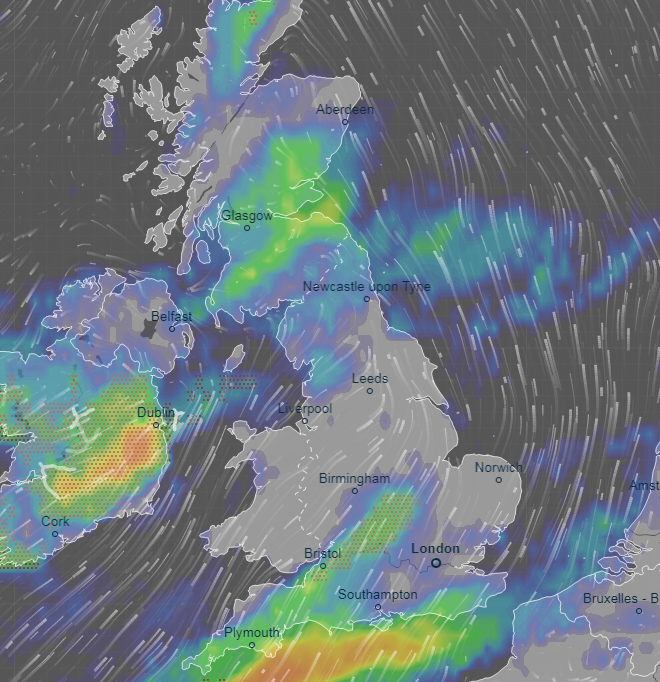 Mr Claydon added: "In the sunshine it could feel quite pleasant, with temperatures potentially up to 24C (75.2F) but there are those heavy, potentially thundery showers across the UK that people may see."

Sunday will be mainly dry in central and southern parts but Northern Ireland, northern parts of Scotland and the north of England are again at risk of experiencing heavy downpours, Mr Claydon added.

The Open Championship at Royal Portrush in Northern Ireland is expected to see "changeable" conditions when it gets underway today.

Although temperatures will become disappointing as the week progresses, forecasters expect it to be the start of a three-month heatwave.

"As for the next three months, we can definitely expect warm weather and bright skies for the most part."

Early autumn is shaping up to be a warm one, as forecasters predict it to be even hotter than last year’s 'Indian Summer' when temperatures hit 26C, making it the hottest October for seven years. 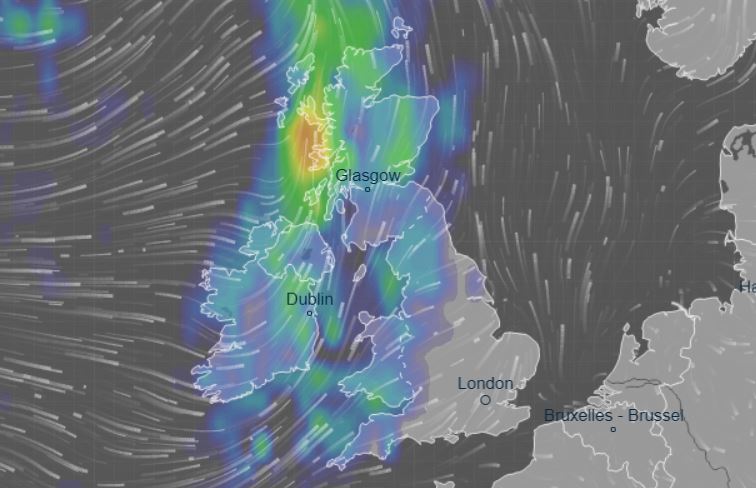