This afternoon the National Coastal Modelling & Forecasting Manager for the Environmental agency tweeted: “This morning’s altimetry data from the Sentinel satellite pass over the North Atlantic showing wave heights up to 64.52 ft!” Storm Dennis is the latest chaotic weather system to make a bee-line for the UK, as it prepares to batter the country this weekend with gale-force winds and heavy rain.

This morning the Met Office issued a warning that said: “Strong winds in association with Storm Dennis are expected on Saturday and Sunday across many parts of England and Wales.

“The strongest winds are likely to be on Saturday afternoon and evening, with a lull for a time overnight, before increasing again during early Sunday.

“Gusts of 50mph are expected inland.

“Around the coasts, especially in the west and south, gusts of 60 to 70mph are likely. 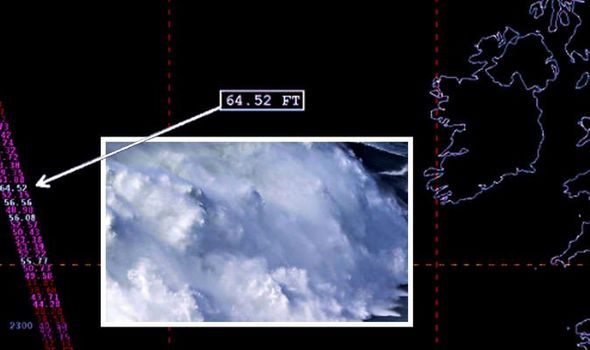 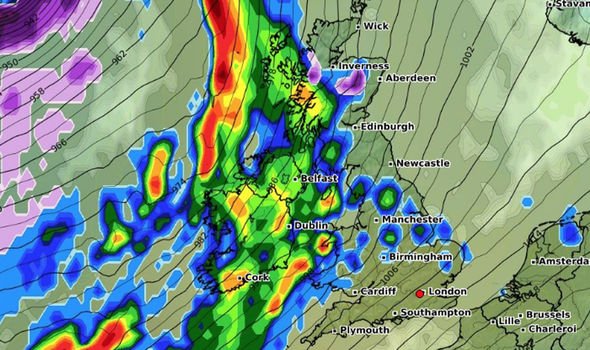 “The strong winds will be accompanied by heavy rain at times, leading to particularly poor driving conditions.”

Storm Dennis is the fourth named storm of the 2019/20 Atlantic Storm season, and closely follows Storm Ciara which impacted the UK last weekend.

The Met Office has issued weather warnings that span the entire country – however, some places may see the worst of the weather.

The meteorologists added regarding Storm Dennis in a separate statement: “Spells of heavy and prolonged rain are expected to affect parts of England and Wales over the weekend with a higher likelihood of impacts now expected in some areas.

“This rain is expected to fall across areas already wet from recent rainfall.” 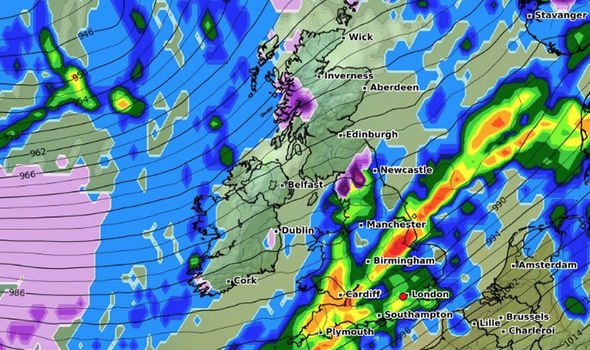 The Met Office warns to expect: