The video footage distributed by Ukraine’s 80th Air Assault Brigade has been circulating on social media. The attack happened close to the Eastern front in Ukraine, where heavy fighting has been taking black between the two neighbouring countries. The video shows Ukraine’s servicemen using a Stugna-P ATGM to strike with accurate precision. The ongoing Russian assault on Ukraine has been heating up in recent weeks as Ukraine fights to push back on Russian advancement.

Ukraine’s 80th Air Assault Brigade zoom in on a military monitor at what appears to be a Russian armoured vehicle.

The serviceman then strike the armoured vehicle with one straight hit.

The vehicle is completely obliterated, and a big ball of smoke instantly engulfs the vehicle.

And all that is left is a scorch mark on the ground, the vehicle completely disappears after detonation.

There have been no casualties reported by Russian forces, and as of yet, it is unknown if any Russian servicemen were in the armoured vehicle.

JUST IN: ‘Desperate’ Putin authorises over 100 new laws in a day including Hitler-esque youth group 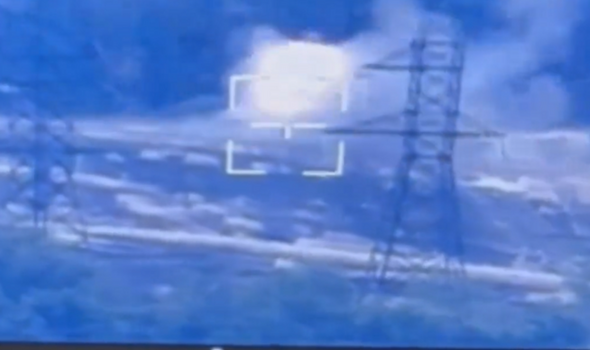 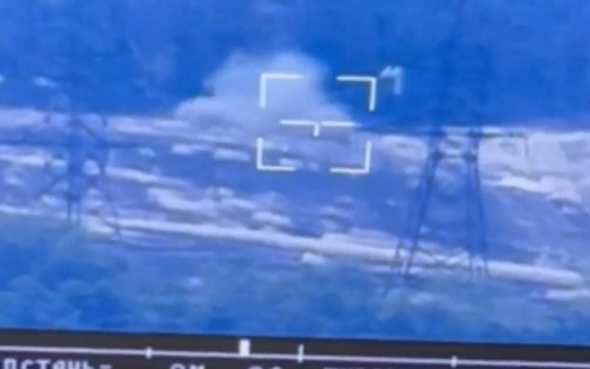 User on social media have been reacting to the video footage released by Ukrainian servicemen.

One user @Herr_Elle said: “Small but nearly instant cook off – less than one second after impact. If crew was inside, I cannot see how it could survive.”

@SnoozeButtonBen said: “Are we sure it wasn’t a 1958 Oldsmobile?”

@khuk_JP said: “He aims directly at the vehicle, but did the Russian missile warning system turn out to be meaningless? Previously, it fired at the side of the vehicle and aimed at the vehicle just before it hit.”

@Zilyilinyvy said: “Very few of RF tanks have any missile warning system, and on those that have it only covers very little of the vehicle.”

@TheAberdareBoyo said: “I too thought it looked like an old car.” 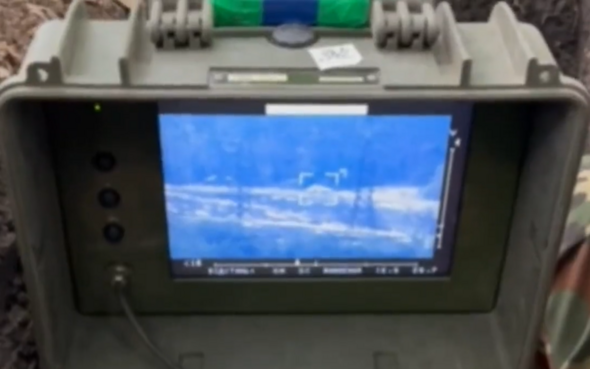 NATO-aligned forces have been gifting Ukraine with top-of-the-range weapons to fight off the onslaught.

The British Government have vowed to continue to train Ukraine’s military forces and keep sending funds and aid.

The Ministry of Defence has claimed Russia’s war machine has been halted due to soldiers still using outdated weapons.

The MoD wrote on Twitter: “In the Donbas, Russian forces continue to conduct artillery strikes across a broad front followed by, in some areas, probing assaults by small company and platoon-sized units.

“However, they have achieved no significant territorial advances over the last 72 hours and are in danger of losing any momentum built up following the capture of Lysychansk.

“The ageing vehicles, weapons, and Soviet-era tactics used by Russian forces do not lend themselves to quickly regaining or building momentum unless used in overwhelming mass – which Russia is currently unable to bring to bear.”