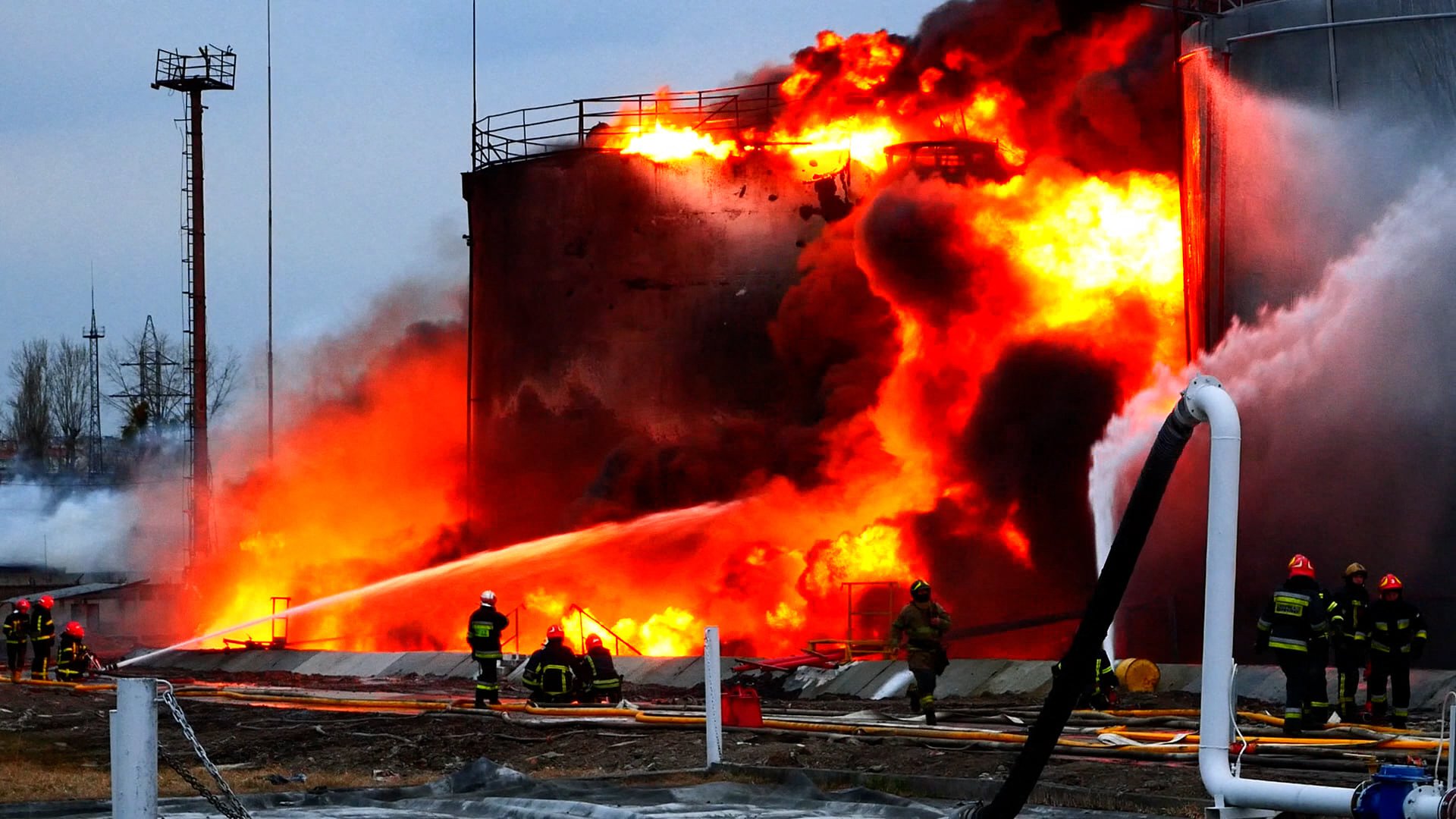 Russia is systematically flattening the northern city of Chernihiv with low-level bombing of residential areas.

With escape routes cut off, about half of the 280,000 residents remain trapped in a city 60 miles from the Russian border which has been surrounded since the early days of the month-long invasion.

The scale of the bombing by Vladimir Putin’s forces was spelled out by the city’s mayor, Vladyslav Atroshenko.

One of the last to get out, before Russian troops destroyed the one footbridge and only remaining access to humanitarian supplies, was 90-year-old Olha Moliboha.

‘So many children have died, so many women,’ she said from sanctuary in Poland. ‘All our houses are destroyed. There is nowhere to live.

‘But we will defend ourselves to the last as long as we are alive.’

Intense resistance has forced Putin to rethink his plans for a full occupation of Ukraine and split it like ‘North and South Korea’ with a Moscow-controlled region, Kyiv military chiefs said.

The western city had been largely spared since the invasion began, although bombs struck an aircraft repair facility near the main airport last week. A fortnight ago, a missile attack on a military training centre near Lviv killed 35 people.

The city was home to about 700,000 people before the invasion. Some who no longer feel safe there will head for nearby Poland.

Lviv also has become a humanitarian staging ground for Ukraine, and the attacks could further complicate the challenging process of sending aid to the rest of the country.

Leader of the Luhansk separatists Leonid Pasechnik claimed a referendum on joining Russia was imminent.

But Ukraine’s intelligence chief said an illegal vote would escalate the conflict. ‘It is an attempt to create North and South Korea in Ukraine,’ said Gen Kyrylo Budanov. ‘In addition, the season of a total Ukrainian guerilla safari will soon begin. Then there will be one scenario left for the Russians — how to survive.’

Ukraine yesterday accused the Red Cross of allowing its besieged citizens in Mariupol to be abducted to Russia.

‘We appeal to the organisation not to legitimise “humanitarian corridors” on the territory of the Russian Federation, not to support the kidnapping of the population of Ukraine and forced evacuation to the territory of the aggressor state,’ a spokesman for the Ukrainian parliament said.

‘In Mariupol, thousands of people are getting forcefully deported across the border to Russia apparently to safety but then they are sent off in an unknown direction and nobody hears from them again.’

A spokesman for the aid agency denied taking part in forced deportations, adding: ‘Our priority is to reach victims of armed conflict, wherever they are, in order to assist them.’