OFFICIALS have been urged to rapidly investigate the Indian Covid variant which poses a threat to lockdown easing plans.

The strain has been detected in the UK 77 times but top health leaders admit they know nothing about its features. 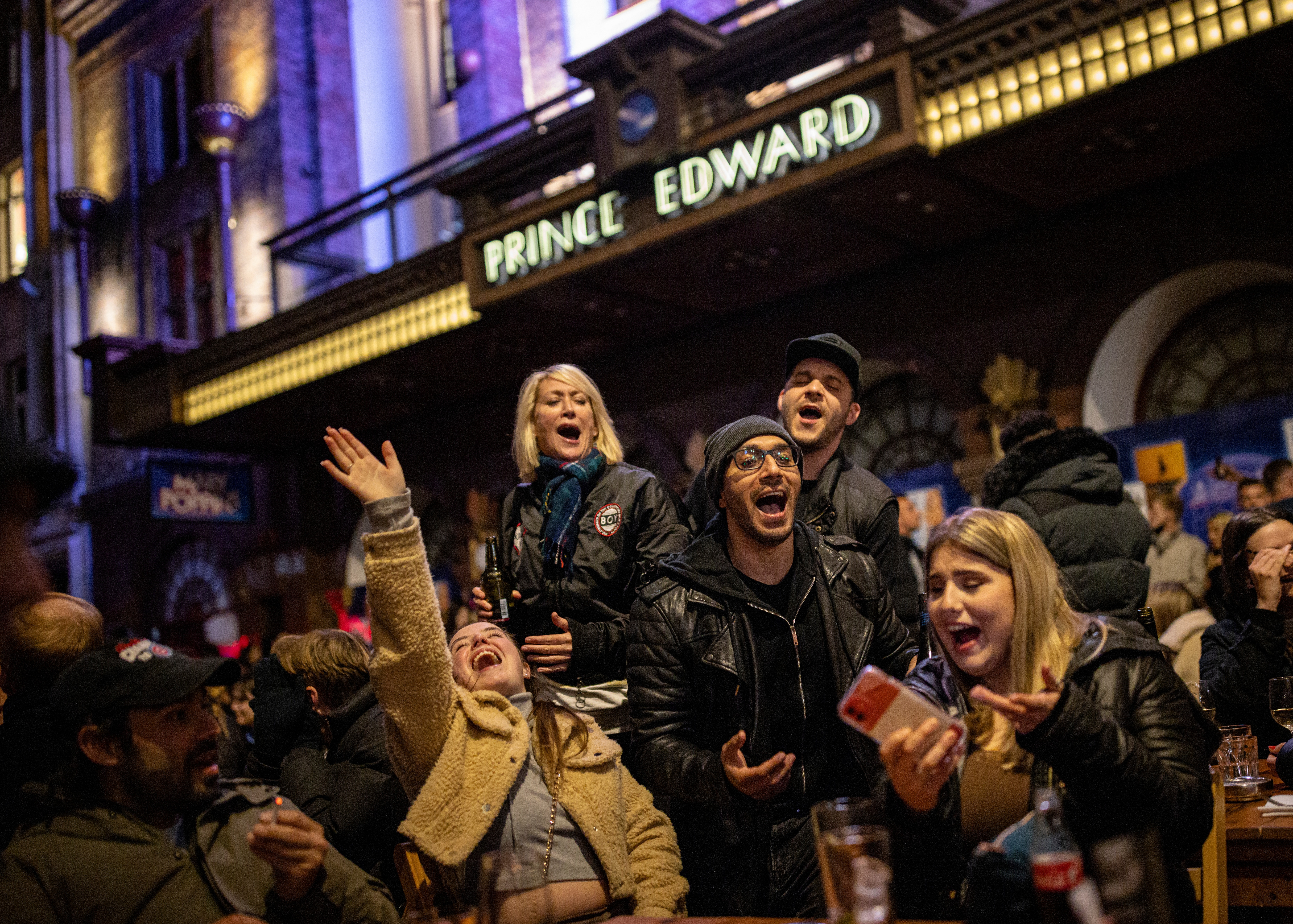 The Indian variant, officially named B.1.617, may spread faster than the strains the UK has got used to, or weaken vaccine efficacy.

It has two “escape mutations”, named E484Q and L452R, which in theory help the virus to dodge antibodies made by the immune system after vaccination or infection.

Scientists have been urged to gather information on this as quickly as possible, but it could take weeks, partially due to a lack of samples of the virus.

And for this reason, the new Indian strain can’t be classified as a “variant of concern”, which would mean a deployment of surge testing.

She revealed “a couple of cases haven’t arisen from travel”, suggesting there is already community spread in the UK.

“But we’re still trying to undergo the investigations to look in great detail at where they might have acquired it from,” Dr Hopkins said.

Prof Hayward, who is a Government scientific adviser as part of Sage, said evidence the variant can dodge immunity currently has no foundations.

And he warned “it’s going to take a number of weeks at least before that evidence gets firmed up and we find out more”.

Dr Jeffrey Barrett, director of the Covid-19 Genomics Initiative at the Wellcome Sanger Institute, said scientists need to work out a number of key characteristics of the virus.

He told BBC Radio 4’s Today programme that it “can be quite difficult to get virus samples that further experiments can be done on”.

Without samples, scientists can't carry out lab experiments to work out how the virus strain behaves.

Dr Barrett said that the variant of the virus first identified in India should be “watched carefully”. 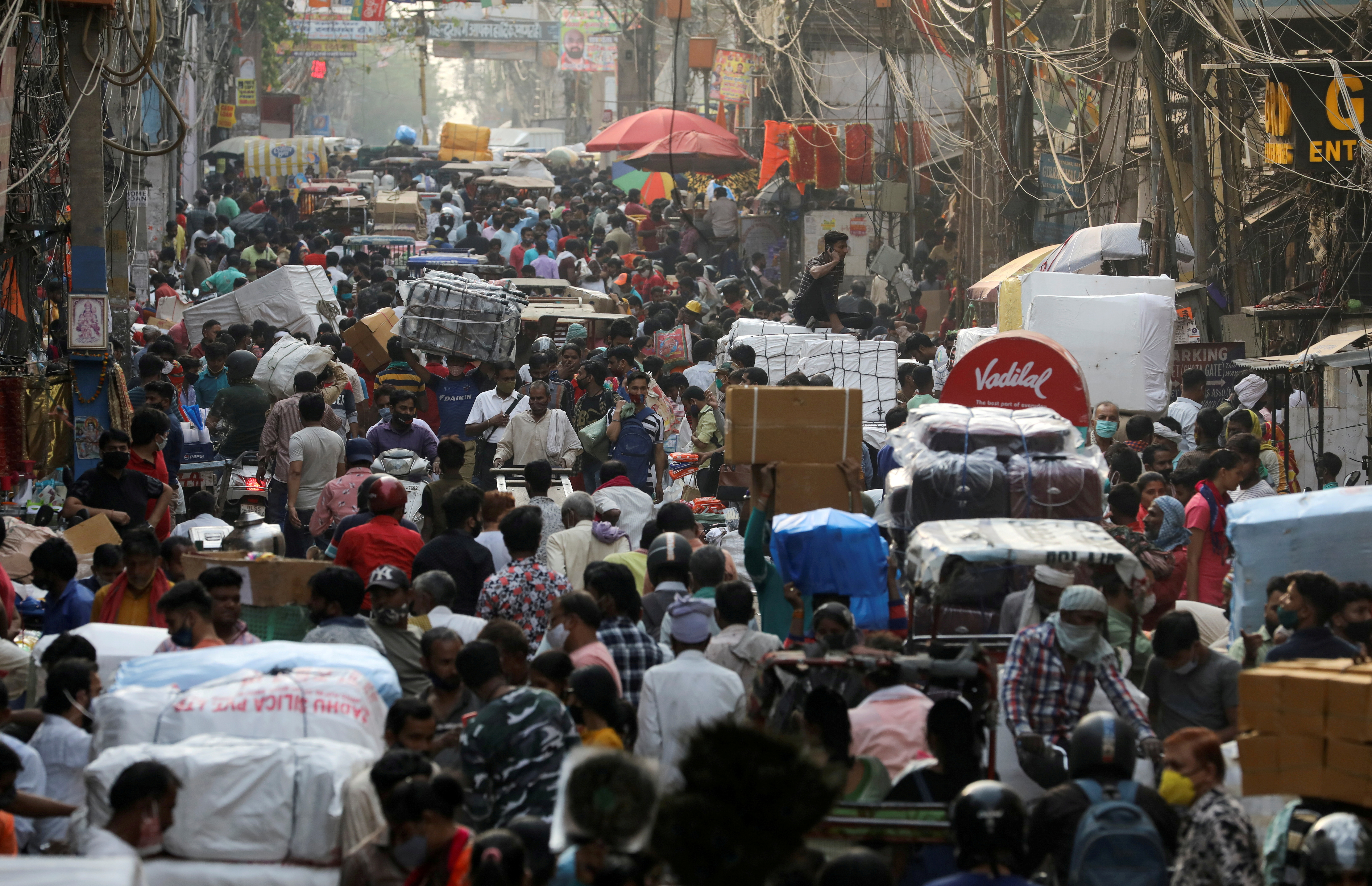 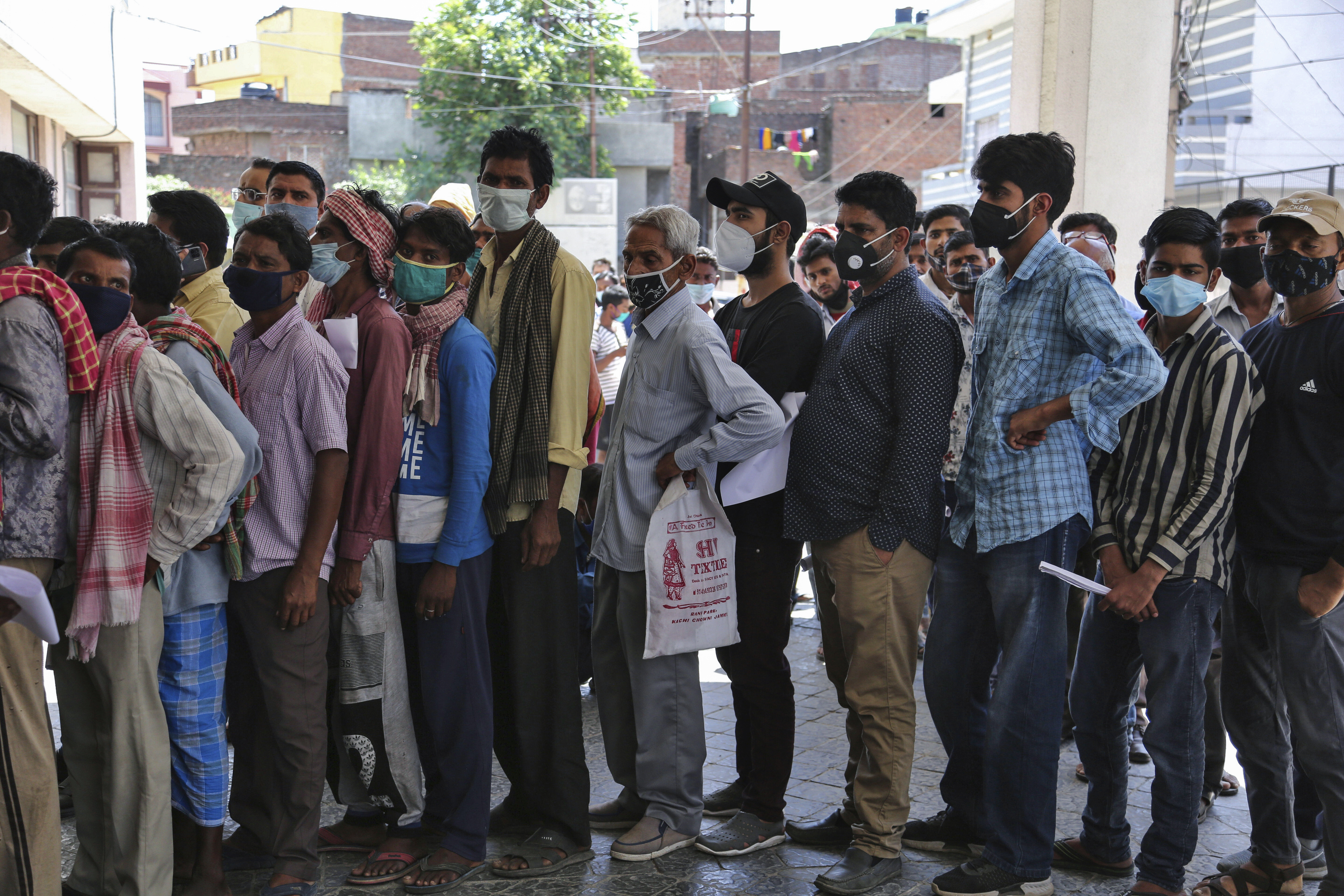 But in his mind, it is “probably not at the top tier of mutations that generate the most concern”, seen in strains that emerged from Kent and South Africa.

“And in terms of spread, clearly this variant has increased in frequency in India around the same time as their very large and tragic recent wave,” Dr Barrett said.

"But I just don’t think we know yet whether there’s a cause-and-effect relationship – is this variant driving that spread? Or is it happening at the same time perhaps due to a coincidence?”

It comes after Mike Tildesley, a member of a Sage subgroup, said as much information about the new variant must be gathered “as quickly as possible”.

“I would always say when these new variants do emerge it is a concern and it’s really important that we get as much information as we can as quickly as possible,” Dr Tildesley, from the University of Warwick, told BBC News.

“What’s concerning about the Indian variant is there appear to be two mutations which… may make the vaccines less effective, and may make the virus more transmissible.

“The key thing here is ‘may’. We are still trying to gather evidence about this.”

As the race is on to investigate the variant, England is preparing to open indoor hospitality on May 17, and completely abolish social distancing by June 21.

Prof Altmann told ITV’s Good Morning Britain: “I am concerned about all the variants. Don’t get me wrong, I think our road map is going well and at the moment, in this country, we are doing rather well, enjoying unlocking.

“But out there, there is the Indian variant, the South African, Brazilian etc, and they do pose a threat.” 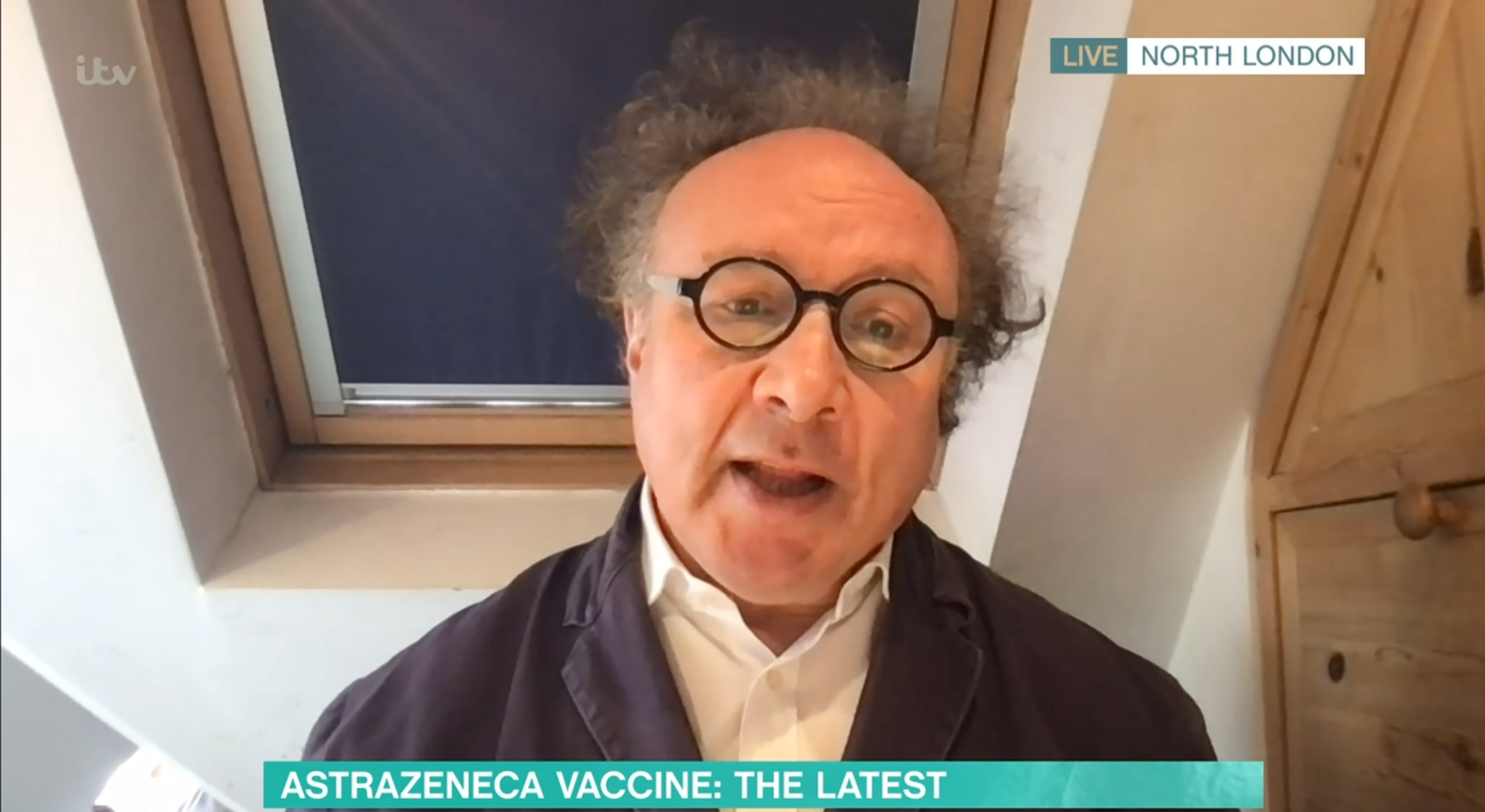 He said new variants could “catch vulnerable people” who have been vaccinated against the older strains of the virus.

“The Indian variant, for example, certainly has a mutation like the ones that evade the best neutralising antibodies.

“What that means is, if you have a population where at least half of us have had zero or one dose of vaccine, some won’t have made a very good response to the vaccine, because perhaps they are very old or obese or unwell, we still have a very large vulnerable population who can still be caught out by variants like this.”

He added that he wouldn’t be surprised if India was added to the red list once it was labelled a “variant of concern”.

It is currently classified as a “variant under investigation” as scientists work out what harm it could do.

It comes after a minister said it was “too early to say” whether all hospitality businesses can open on May 17 amid concerns over the Indian variant.

Environment Secretary George Eustice said the Government is “on track with the rollout of the vaccination programme”, adding: “But we are being a bit cautious here.

“So although we have now got 60 per cent of the adult population vaccinated we do just have to keep a close eye on these variants of concern.

Speaking during a round of broadcast interviews yesterday, Mr Eustice said there is no evidence that the Indian variant of coronavirus is able to “get around” the vaccine.

When asked whether India should be placed on the so-called “red list” for travel, infectious disease epidemiologist Prof Hayward, of University College London, said his preference was to “err on the side of caution and act sooner rather than later”.

But he said that the decision was a political one.

“Certainly some countries and areas have taken the view that that’s enough for them to be quite concerned – so for example, Hong Kong has put on a two-week travel ban, which will allow them to find out a little bit more”, Prof Hayward said.

The Government has faced calls to move India to the travel “red list” after the variant from India was imported.

It is not clear exactly how it got in.

Making a country “red list” would mean anyone returning from India into the UK must pay to quarantine in a Government-approved hotel for 10 days.

Almost 100,000 people have flown between India and the UK during January and February without requirement to quarantine in a hotel, according to Labour’s shadow home secretary.

Nick Thomas-Symonds said: “This British reopening is being put at risk by ministers’ reckless refusal to protect our borders against Covid.”

The country has seen more than 200,000 new cases of Covid per day since April 15 as infections continue to spiral.

A full reopening of the economy combined with millions of people attending religious festivals is thought to have sparked the huge rise in cases.

A week-long lockdown will be imposed in Delhi from today due to huge strains on the capital's hospitals.