A US Air Force B-52 bomber has sent a distress signal after a mid-air emergency over Gloucestershire, it was reported. 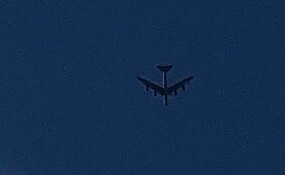 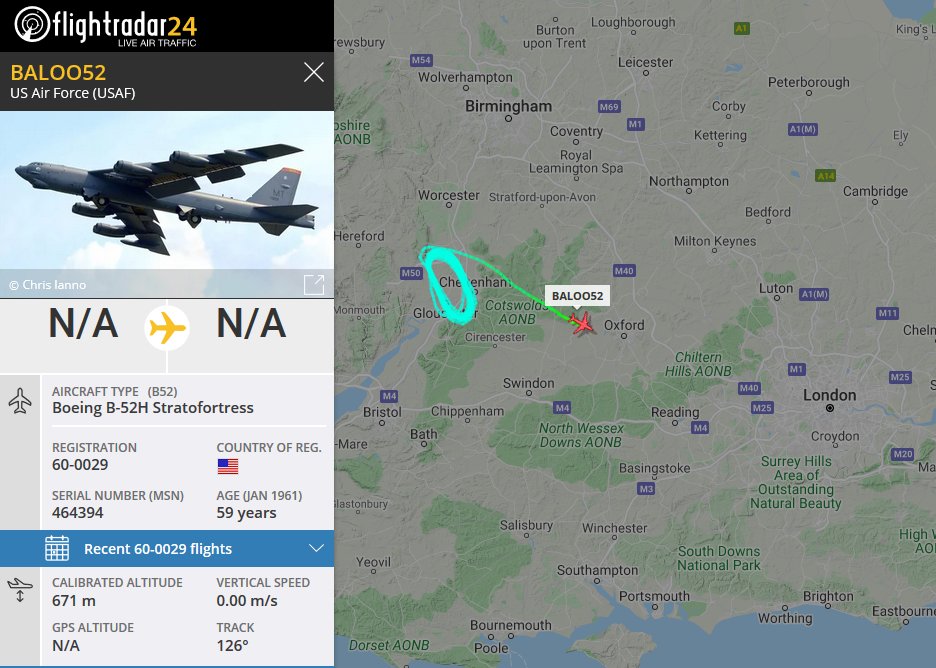 Two of the giant planes were spotted in the skies above the county today, Gloucestershire Live reports.

The planes flew over central Gloucester, towards Hartpury, Ashleworth and Tewkesbury, before coming back round over Up Hatherley, Shurdington, Brockworth Hucclecote and Barnwood.

Two of the aircraft were Boeing B-52 Stratofortress, with the identities BALOO51 and BALOO52 and both were flying at an altitude of over 9,000 feet.

Currently, there are six US Air Force B-52 Stratofortress bombers based at RAF Fairford, in the Cotswolds. 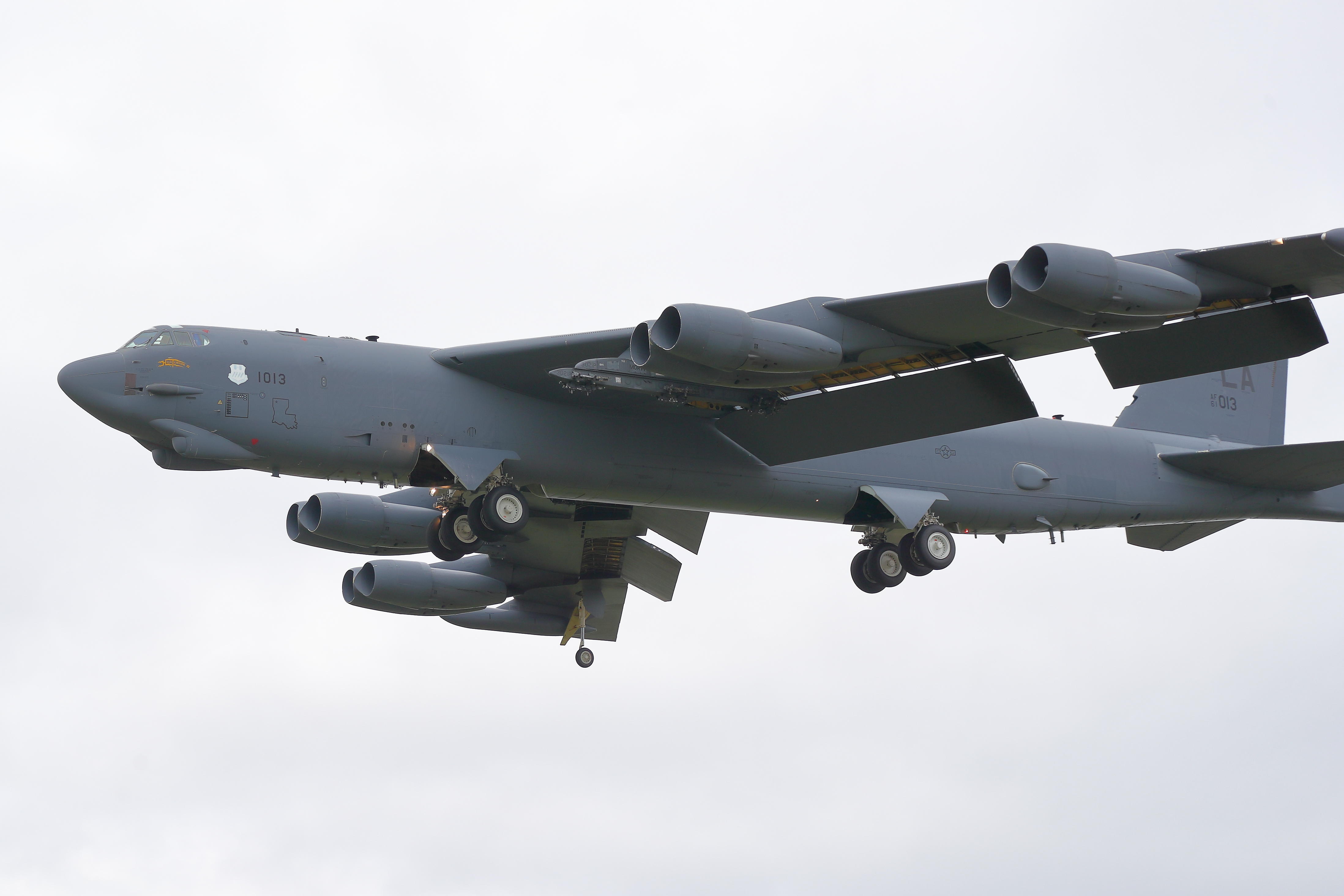 The B-52 – capable of carrying 20 nuclear cruise missiles – has been on the front line of America's defence arsenal since the mid-50s.

So iconic were the B-52s that they became synonymous with the Cold War – being deployed in conflicts from Vietnam to the Gulf War and Afghanistan.

Recently they were used to wipe out ISIS fighters in Iraq.

The B-52 Stratofortress in numbers

They even went on to become to inspiration for an American rock band of the same name.

Much of the interest in the B-52s stems from their devastating payload – which was seen up close when several of the bombers were deployed to RAF Fairford, Gloucs, earlier in 2017.

The nuclear-capable fleet can each deliver 30 tons worth of bombs, missiles and mines – all the while being protected by remote-control cannon on its tail.

The jewel in the crown of the £95million B-52s are its nuke-carrying AGM-86C cruise missiles.

Each can pack a punch ten times more powerful than the nuclear bomb that devastated Hiroshima in 1945.

And while moving at a relatively sluggish 650mph, the behemoths are difficult to knock out of the sky owing to their 50,000 operating ceiling.