The U.S.’ relationship with Russia keeps getting “worse and worse,” said Russian President Vladimir Putin in an interview published Thursday.

Putin made the comments to the Mir TV channel while discussing the sanctions that the U.S. has imposed on Russia, according to a Kremlin transcript obtained by Reuters. 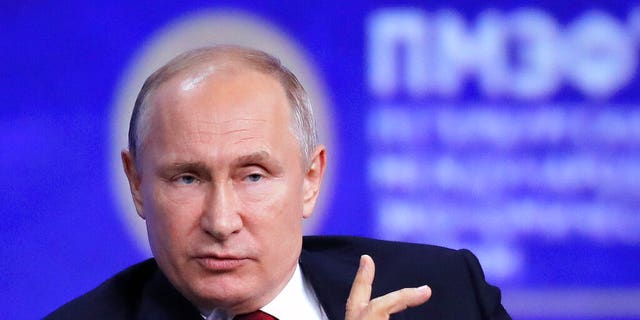 “They are going downhill,” Putin said of his country’s relationship with the U.S, “they are getting worse and worse.”

The bleak assessment of U.S.-Russia relations comes ahead of the G20 summit in Japan later this month, where Putin is likely to meet with President Trump.

“The current administration has approved, in my opinion, several dozen decisions on sanctions against Russia in recent years,” Putin said.