A comedian has argued that ‘woke’ campaigners who argue over politically-correct terms for different ethnic groups are doing more harm than good by granting racists more ammunition.

31-year-old Phil Wang, a British-Asian stand-up comic, criticised the usage of the term ‘people of colour’, arguing that it was simply a reversal of ‘coloured people’ which has long been seen as an offensive and outdated term.

Wang believes that arguing over the minutiae of closely-related terms does nothing to advance society’s attitudes and treatment of different ethnic groups, and instead simply gives racists a target to aim for.

‘For the woke, saying ”people of colour” is the correct [phrase]. Saying ”coloured people” is the worst thing you can say,’ he said.

‘It gives ammunition to [opponents of the left wing] because they can say: ”Oh, you’re just obsessed by language, not action.”

He also mocked the idea that ‘people of colour’ implies a kind of brotherhood or community, describing the term as lumping every minority group in together for their ‘non-whiteness’, despite each group being different and having their own prejudices and biases. 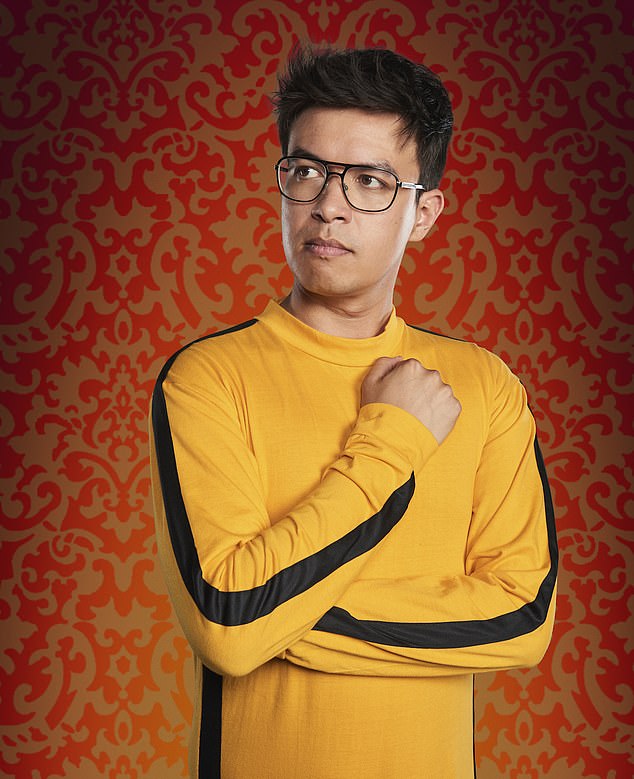 31-year-old Phil Wang, a British-Asian stand-up comic, criticised the usage of the term ‘people of colour’, arguing that it was simply a reversal of ‘coloured people’ which has long been seen as an offensive and outdated term

Wang, whose full name is Philip Nathaniel Wang Xing Gui, was born in Stoke-on-Trent to a British mother and a Chinese-Malaysian father, but after just three weeks was whisked away to Borneo and spent much of his childhood and teenage years in Malaysia.

The comic has previously revealed how he experienced casual racism while working in various venues across the UK during his early years in the industry, but despite this has risen through the ranks to become one of Britain’s best young comedians.

He has appeared on renowned shows such as Taskmaster, Have I Got News For You, QI and Live At The Apollo, and landed a BBC Radio 4 show, before most recently launching a podcast on Amazon’s audiobook and podcast platform, Audible.

During a talk about his memoir Sidesplitter at The Times and The Sunday Times Cheltenham Literature Festival, Wang also took aim at cancel culture, arguing that the very concept of cancel culture doesn’t allow anyone to be held accountable for their words or actions; rather, it silences them.

‘The people who survive [cancellation], they don’t take part. If you don’t reply, the raptors move on. Just stay still,’ he said.

In an interview last month with the BBC on his memoir, Wang explained the pitfalls and delights of growing up effectively across multiple cultures and their impact on family relationships, comedy and the perception of culture, and said that being mixed-race ‘can complicate these facets of one’s life’.

He described being mixed-race as ‘a great way to feel foreign wherever you are’, but admitted that his background has uniquely prepared him for the line of work in which he has found great success.

‘If I weren’t mixed-race, I don’t think I’d be a comedian,’ he said, before going on to describe stand-up comedy as a kind of therapy, stating that he has used the stage as a place to discuss difficult and troubling experiences he has faced and make sense of them.