The commentariat is nothing if not inconsistent. As the year began the distilled wisdom was that the Morrison government could not lose the next election, now it apparently can’t win.

In the strange land of political obsessives, every wind shift is a cyclone; every stumble an earthquake. The truth is usually greyer and the future always a mystery, despite the unshakeable confidence of soothsayers in their latest prediction. 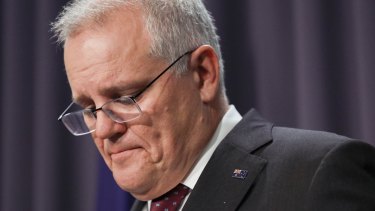 The vaccine rollout has cast a shadow over the competence of the Morrison government. Credit:SMH

There are few certainties but here is one guarantee: on almost any day, at almost any hour, whatever political hashtag is trending on Twitter won’t be what most Australians are talking about. I can say this with some authority because I occasionally trend and have never been stopped in the street by a citizen wanting to remonstrate over my disconnect with the zeitgeist. And I live in Canberra.

Most Australian voters inhabit a different universe where they spend their time working to ensure they and their families are safe and fed. It will be these people who decide the fate of the Morrison government, not those who long ago planted their political flags and who revel in the self-basting echoes of their mentally gated community.

But those who do not follow every political moment do hear the main themes and these threads eventually weave into judgments about character and competence. What should concern the government is that the balance of long-run evidence is tipping against it. This year the trend is not its friend and Australian electoral cycles are short.

Repeated scandals have raised deep questions about the government’s character and the benighted vaccine rollout has cast a long shadow over its competence. 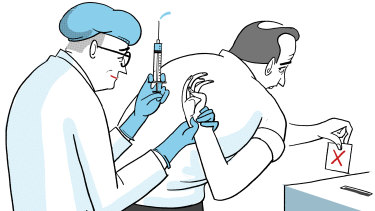 If you haven’t noticed by now the world is chock full of medical experts offering differing views on the same problem. This is why people tell you to get second opinions from doctors. In the end, political judgments also have to be drawn but no one in Australian politics now seems prepared to take responsibility for taking calculated risks. Let’s hope this tendency does not linger long after the pandemic because if the same experts were liberated to run their rulers over everyday activities no one would be allowed to drive a car or ride a bike.

But no matter. The experts have delivered their diagnosis and the Morrison government has to live with it. The risk now transfers to the length of its life and the prognosis is not good. It was the government’s job to deliver the vaccine and it will be held responsible for failure.

It is not yet a terminal illness, but it could develop into one. Federal elections usually turn on the economy and national security. The economy has been going remarkably well but the nation’s sense of security has been rebased to include being defended from disease.

Scott Morrison now argues that once the most vulnerable are protected then the country can confidently begin to return to life approaching normal. This should be possible using the existing suite of vaccines by the middle of the year. But this change of emphasis means entrusting his political future to the states.

On Friday, he was keen to underline that National Cabinet had agreed that as the vaccine rollout progressed future responses to outbreaks would be “proportionate”. Premiers and chief ministers had “agreed to prioritise local containment measures and aim for outbreak responses that keep internal borders open”.

Yeah, sure. Hands up anyone else who thinks the words “Premier”, “COVID-19 outbreak”, “borders” and “proportionate” belong in the same sentence.

State and territory leaders have been richly rewarded for being acutely risk-averse. With one case of the disease cited as sufficient reason to lockdown entire cities, there is no reason to imagine premiers will change their behaviour and risk any spread of the disease into their jurisdictions.

Who believes that state borders won’t clang shut in a future outbreak, even if the chances of someone dying were, say, as remote as 1 in 200,000?

Get our Coronavirus Update newsletter

Stay across the news you need to know related to the pandemic. Sent Monday and Thursday. Sign up here.