With key policy levers in place to decarbonise Victoria’s electricity sector, policymakers must turn their attention to decarbonising the transport sector – the state’s second largest and fastest growing source of emissions. 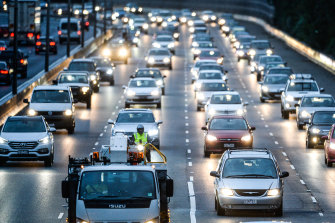 It is this context in which a debate around electric vehicle policy has emerged, particularly around the state government’s proposal for a road-user charge on electric vehicles (EVs).

If a government wanted to decarbonise the transport sector within a social justice framework, it would first and foremost invest in active transport and public transport infrastructure and services. And it would ensure that the latter was powered by renewables and accessible to all. How to do this is well known.

But what can a state government do to deploy electric vehicles within a social justice framework?

Probably the most important thing would be to electrify the government’s vehicle fleet. This would create demand, strengthen supply chains, and bring second-hand EVs to the market – deployment measures that lower prices for everyone. 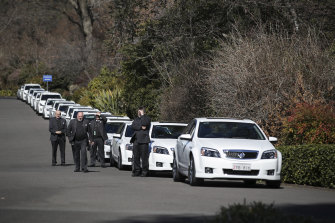 This is the approach championed by the Biden administration. The President says that the federal government’s 650,000-strong fleet of vehicles will be replaced with EVs made by American workers.

A commitment from the Andrews government to electrify every government vehicle, every bus, and every ambulance would create an opportunity for local manufacturing and jobs.

Secondly, investment in enabling infrastructure is critical so that car owners have confidence to switch to cleaner technology. The state government is already doing this although it should ramp it up through installing more charge stations across Melbourne and regional Victoria.

Thirdly, the government could facilitate no-interest loans or cash incentives targeted to low-income groups who want EVs but can’t afford them. The benefit of this mechanism is that it can cease when EVs come down the cost curve.

Will the Victorian government adopt these measures? I hope so. It’s forthcoming Climate Strategy is a logical place to put a serious EV deployment policy on the table. 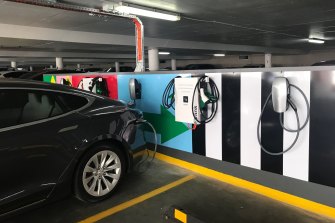 In terms of accelerating the rollout of EVs, you’d imagine that exempting EV owners from the long-standing arrangement of road-users chipping in to the common wealth to make a contribution towards road building and maintenance (and other public services) would be low on the list.

The argument is based on what linguist and cognitive scientist George Lakoff identifies as a conservative “tax as punishment” frame. The framing elicits a strong emotional response and misrepresents tax.

US Supreme Court justice Oliver Wendell Holmes wrote that “taxes are the price we pay for a civilized society”. It’s the mechanism through which we chip in to the common wealth to fund common good infrastructure and services –the platform for our economy.

I don’t know about you, but I’m proud to pay taxes. I like having public schools, teachers, public hospitals, nurses, firefighters, transport infrastructure, and so on.

The existing fuel-excise tax that car owners pay at the petrol pump goes to the federal government’s consolidated revenue. It’s not solely used for roads, but does make a meaningful contribution to the revenue pool that underpins road infrastructure.

By getting out ahead of the federal government, the state government’s EV road-user charge would give Victoria greater control over how the revenue from road users is invested.

The proposal positions the state to generate revenue from a technology with great potential to disrupt the car-ownership model.

It’s plausible that, in coming years, the combination of EVs, smart-phone “ride-sharing” apps (such as Uber), and driverless vehicles will result in a shift from car ownership to a service model where people access cars as needed rather than as an item of ownership. And if that eventuates, it’d be Elon Musk and Uber paying the charge, not your stereotypical car owner.

There could be a way to square the circle on the government’s proposal and achieve a good outcome for community and climate.

Could the proposed road-user charge be treated as a “hypothecated levy”, with any revenue raised allocated towards helping Victoria tackle the climate crisis?

Structuring the road-user charge in this way could fund socially-just initiatives to rein in transport sector emissions, such as those mentioned in this article, as well as other initiatives to cut emissions across the whole economy.

Decarbonising the transport sector is about more than road-user charges for EV owners. Let’s keep social justice front of mind in efforts to tackle the climate crisis so no Victorians get left curbside.

Leigh Ewbank is Friends of the Earth’s Act on Climate co-ordinator and has campaigned for climate solutions since the mid 2000s. These views are his own.