Virginia Beach police cannot determine a disgruntled city employee’s motive for killing 12 people in a municipal building where he worked, according to a report on the 2019 shooting released Wednesday.

“Despite exhaustive investigative work and in spite of unsubstantiated rumors and accusations, it appears we may never know why he committed this heinous act,” the report concluded. 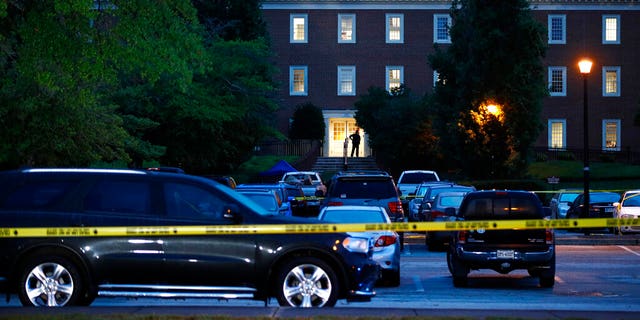 In this Saturday, June 1, 2019 file photo, a law enforcement official stands at an entrance to a municipal building that was the scene of a shooting in Virginia Beach.
(AP)

According to the 24-page report, shooter DeWayne Craddock, 40, did not leave a note or “any other account that would explain his actions.”

Craddock was killed in a shootout with police.

“There were no common characteristics among the victims who were killed and injured relating to their age, race or gender,” the report added.

Craddock had worked in the city’s public utilities department for more than nine years. He killed 11 co-workers and a contractor who was getting a permit. Four others were seriously wounded and a police officer responding to the shooting received a bullet in his tactical vest but escaped serious injury.

The report detailed the events of that day and profiles Craddock’s work and personal life in the years leading up to the attack.

Things began to change for Craddock around 2017, the report said. He was getting a divorce and started to have performance issues at work. In 2018, he received a written reprimand for poor performance, failed to meet expectations on an evaluation and didn’t get a merit raise.

“At times, the suspect referenced the belief he was being tasked with work outside of his pay grade,” the report indicated. “This concern was specifically addressed by his supervisor in 2018. The suspect was told that he had been making improvements and was given encouragement.”

Leaders in the department said the shooter would have met job performance standards in his 2019 evaluation, as per the report.

The report found “no substantiated witness reports of any incidents involving threatening behaviors or statements, nor did investigators locate any written statements to that effect.” 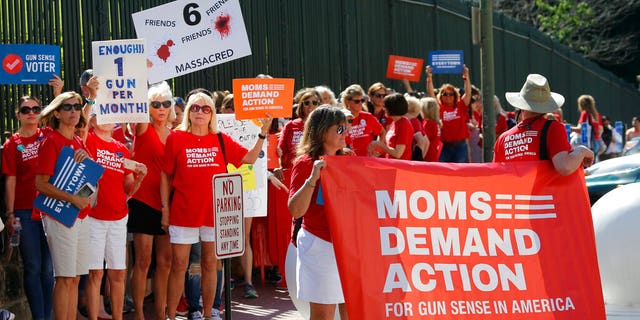 Moms Demanding Action line up during a rally at the State Capitol in Richmond, Virginia.
(AP)

Some co-workers described Craddock as “quiet” and “introverted,” while others called him a “jerk” or characterized him as schizophrenic.

The report concluded that the “investigation did not uncover any indications of violent tendencies or acts of violence committed by the suspect” before the mass shooting on May 31.

The report is unlikely to satisfy at least some of the victims’ families, who blame a toxic workplace and failure by supervisors to recognize warning signs.

Jason Nixon, whose wife, Kate Nixon, was killed, said Wednesday that Craddock was upset because he was having trouble at work and lost out on a promotion.

“Human Resources dropped the ball on policies, protocol and procedures,” Nixon said. “My wife warned them all the time that there’s something wrong with this guy.”

At the time, the rampage in Virginia Beach was the latest in a string of high-profile mass shootings, happening in between the high school killings in Parkland, Florida, that left 17 people dead and the Walmart massacre in El Paso, Texas, that left 23 dead.

Nixon said that mass shootings in Boulder, Colorado, this week and in Atlanta last week have only reminded him that no official motive has been given for the killings of his wife and 11 others.