Officials have warned of more potential eruptions from an active volcano in Indonesia after a huge ash cloud sparked panic among residents.

Mount Sinabung on the island of Sumatra erupted for around nine minutes on Sunday, sending volcanic ash seven kilometres (4.4 miles) into the sky.

Although no casualties were reported, officials monitoring the volcano – which has seen a spike in activity since 2010 – have warned of further eruptions. 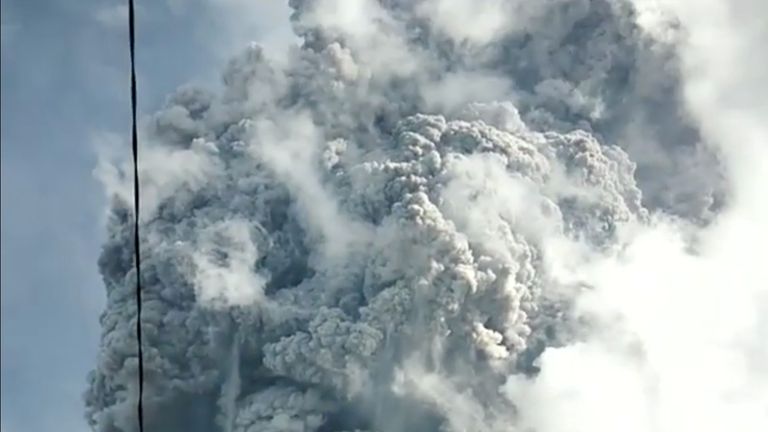 Scientists at a Sinabung observatory post said there were aftershocks following the eruption, which happened between midnight and 6am local time.

Authorities urged people in the area to use face masks and stay indoors to protect themselves against the volcanic ash.

Mount Sinabung, which is more than 8,000ft high, is among Indonesia’s most active volcanoes but had been inactive for four centuries before erupting in 2010.

Indonesia has nearly 130 active volcanoes, more than any other country.

The Foreign Office advises against all travel within seven kilometres (4.4 miles) of the Mount Sinabung crater in Kalo Regency – an exclusion zone put in place by local authorities due to ongoing volcanic activity.

“There are many active volcanoes in Indonesia, any of which can erupt with little or no warning,” it says. 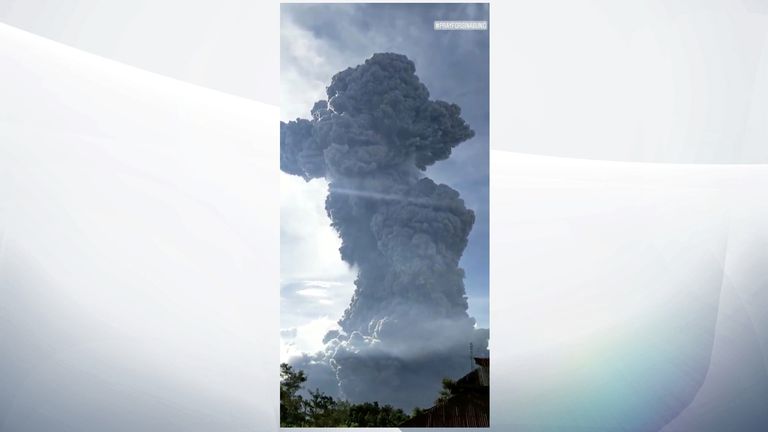 “This often results in the evacuation of villages within a three to seven kilometre radius and disruption to air travel in the wider region.

“In the past, repeated eruptions have caused destruction and fatalities.”

The volcanic activity comes after hundreds of people died in December when a tsunami swept away hotels and homes in Indonesia.

The disaster happened less than three months after more than 1,500 were feared dead, missing or injured when a 7.5 magnitude tremor and tsunami stuck the South East Asian country.