The upcoming docuseries Secrets of Playboy explores Hugh Hefner's private world and shocking doesn't begin to describe some of the bombshell claims. Directed by Alexandra Dean, the 10-part series features interviews from Hefner's ex-girlfriends, Playmates and former staff at the iconic Playboy Mansion.

So what was really going on behind those gates in Holmby Hills, Calif.?

Holly Madison, who dated Hefner from 2001 to 2008 and starred in The Girls Next Door, the E! reality series about Hefner and his trio of girlfriends at the time, says in Secrets that "the mansion was very cult-like." According to Dean, "cult" is a word that came up over and over again during her various interviews.

"At first I didn't know about the cult word, you know, I was a little skeptical. But I kept hearing it from different women over the decades so I knew I had to take it seriously," she tells Yahoo Entertainment ahead of Monday's premiere. "And then I put something in Episode 2 to kind of explain to you why I did take it so seriously and include it and that's the fascination Hef had with Charles Manson … it was very profound and multiple people told me about it."

Manson is one of the most notorious killers of the 20th century. He was convicted of ordering the brutal murders of seven people in 1969, including actress Sharon Tate.

"I didn't really get to get into it very much in the episode, but, you know, [Hefner] was close with Sharon Tate. So it's really weird that he held up Charles Manson on this sort of pedestal and was studying him because Manson had just killed his friend," Dean continues. "It was really bizarre and chilling." 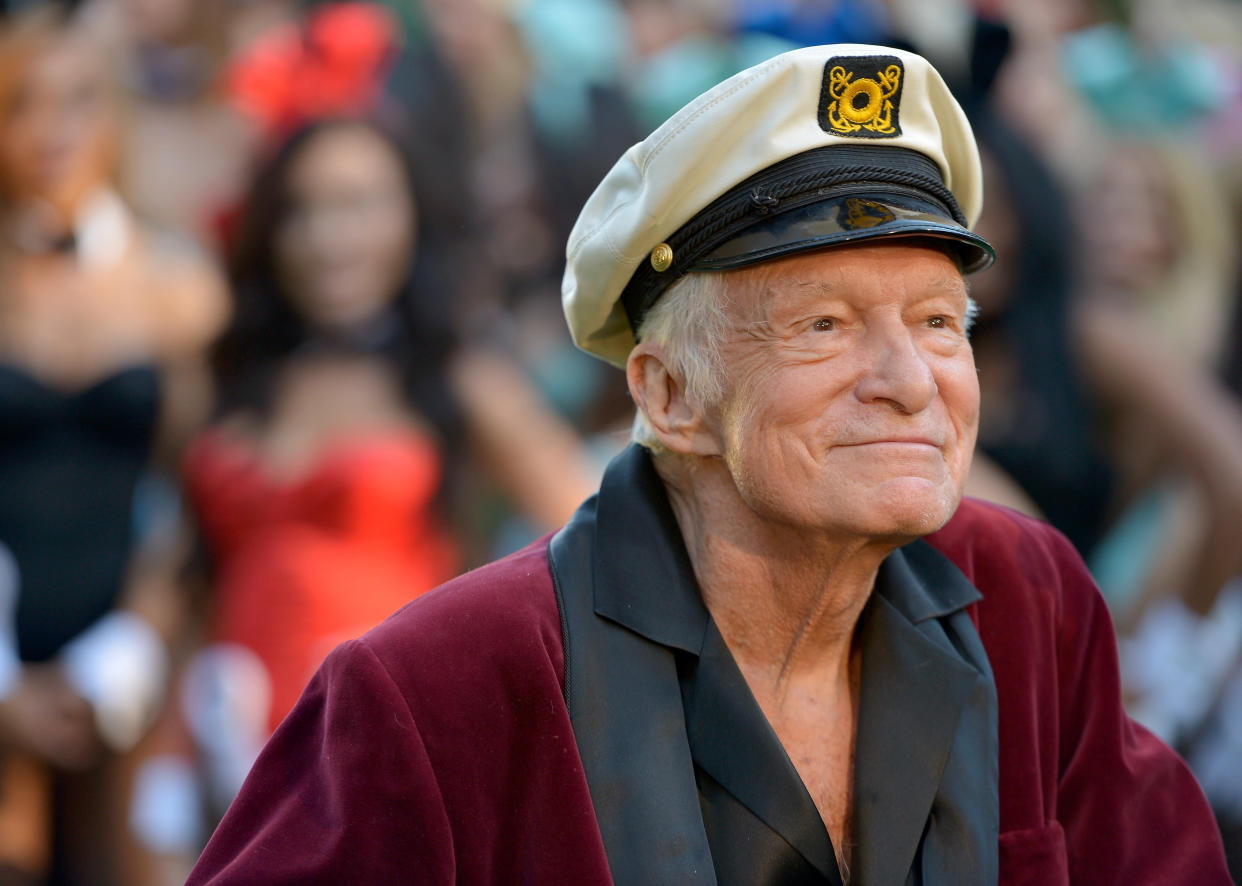 Sondra Theodore, who dated Hefner in the late '70s and early '80s, told Dean the Playboy founder "would study" the book Helter Skelter about the Manson Family murders. It was written by Vincent T. Bugliosi Jr. who prosecuted Manson and his followers involved in the Los Angeles killing spree.

"Other people told me about Hef studying [Manson] home videos and having them in his personal library. It was like, OK, Hef is intentionally cribbing off of this guy — and he's obviously not a coldblooded murderer. What he's cribbing off of is this control of the women. That's what we try to show is that there's this thing that Hef does, which is very controlling that he seems to have honed over the decades."

According to Madison, women were "gaslit" into thinking Hefner is a "really good guy."

"And you started to feel like, 'Oh, he's not what they say in the media, he's just a nice man,'" she says in Secrets of Playboy.

"It was so easy to get isolated from the outside world there," Madison adds of living at the mansion. "You had a 9 o'clock curfew. You were encouraged to not have friends over. You weren't really allowed to leave unless it was like a family holiday."

When contacted by Yahoo, a spokesperson for Playboy says, "the Hefner family is no longer associated with Playboy, and today's Playboy is not Hugh Hefner's Playboy." (In 2018, the Hefner family sold its remaining shares in Playboy.)

"We trust and validate these women and their stories and we strongly support those individuals who have come forward to share their experiences. As a brand with sex positivity at its core, we believe safety, security, and accountability are paramount. The most important thing we can do right now is actively listen and learn from their experiences," the statement reads. "As an organization with a more than 80 percent female workforce, we are committed to confronting any parts of our legacy that do not reflect our values today, and continuing the progress we have made to evolve as a company so we can drive positive change for our employees and our communities."

Secrets of Playboy kicks off with a two-hour premiere on Monday, Jan. 24 at 9 p.m. on A&E.