The incredible scenes were filmed by beach-goer Rachael Kelnhofer, 28, in Orange Beach, Alabama, on the morning of 15 August. 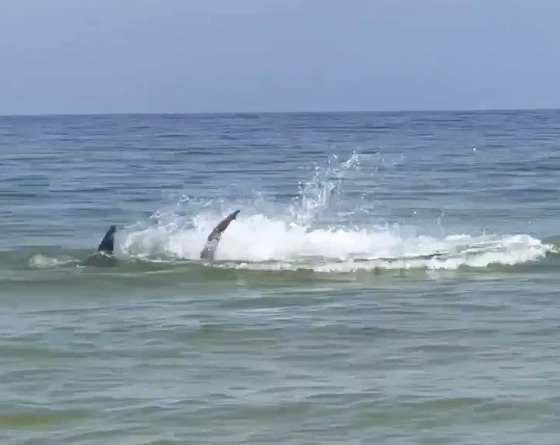 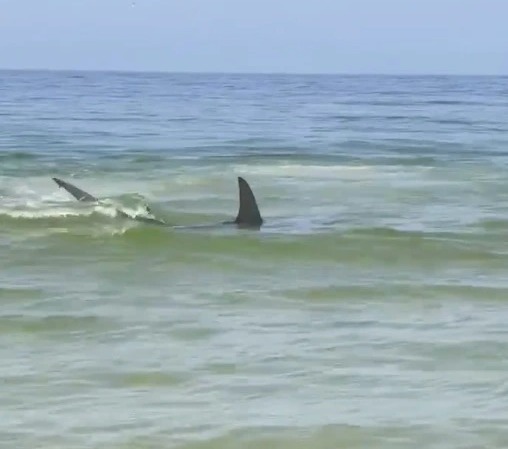 The clip shows the blood-thirsty beast thrashing in the water as it attempts to catch its next meal – a stingray.

The hammerhead's fin is seen slicing through shallow waters just yards away from stunned tourists who watched in disbelief.

Rachael, from Milwaukee, Wisconsin, later shared the video on Facebook, where it has since gone viral with nearly 400,000 views.

She was spending a one-week holiday in the coastal city with her husband Joe, 28, their one-year-old daughter Nora, her parents-in-law Rich and Suzanne, and her sister-in-law Marita when she filmed the shocking shark attack. 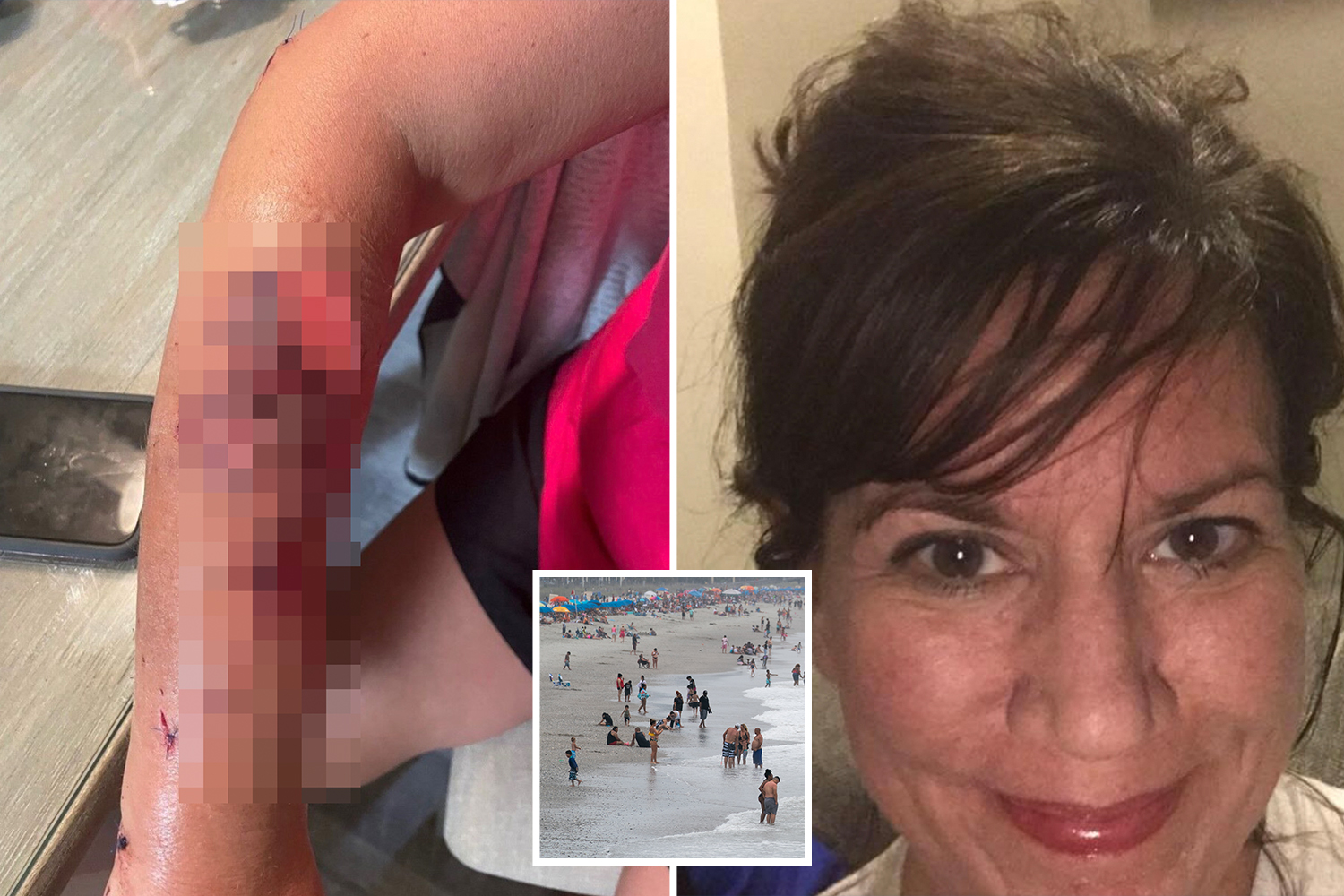 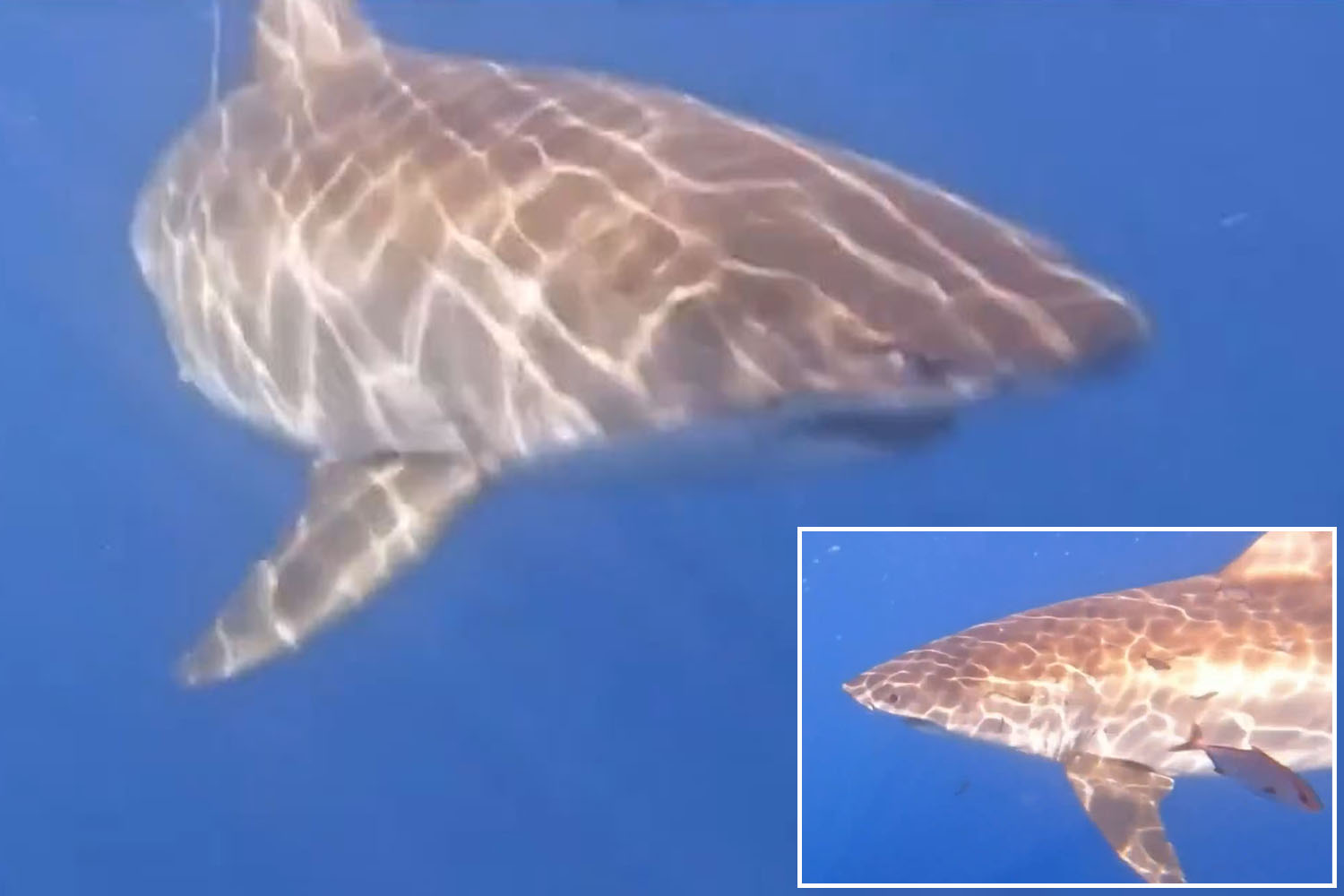 Eyewitnesses said the shark appeared to be a hammerhead, about 10-12 ft in length.

Rachael said: "We've been coming down to Orange Beach for 10 years and we've never seen anything like this.

“This was Nora's first time to the beach.

"My in-laws have a condo right on the beach that they typically rent out, except for our yearly family week-long trip down to the Gulf.

“From the balcony, Joe thought he saw a dolphin in the sea, but then noticed everyone rushing to get out of the water and standing at the shore watching.

“He quickly realised it was a shark!

“I was down by the pool when he messaged me to say there was a shark in the water.

"Me, Marita and Suzanne ran down to the beach and I began recording immediately.

“The shark was heading west in the water and was chasing several stingrays. Some smaller ones were along the shoreline."

A man then spots something further along the shoreline, where Rachael finds one of the injured stingrays.

“We ran about a quarter of a mile down the beach watching it chase stingrays.

“There were several people swimming and paddle boarding down the beach.

"Luckily, everyone was able to make it to the shore safely and allow the shark to catch its morning breakfast in peace!"

Just last week a holidaymaker was seen wrestling a shark from the water at Smith Point County Park, New York.

In the clip, a man can be seen standing in shallow waters as he pulls a grey tail toward the surface.

As he drops the animal, people can be heard screaming in the background, before the shark attempts to swiftly swim away.

Despite this, the man tries once again to pull the fish into shore but runs away each time the tide comes in.

As the animal is caught within the man’s grip, he proceeds to ask for help from a bystander.

However, people were left shocked by the man's actions, with many questioning his reason for taking the shark from its natural habitat.

In recent months, shark sightings and attacks have been on the rise across the US, with one man’s leg left in “shreds” after he was “mauled” off the coast of Jacksonville, Florida.

At least six shark attacks were reported in only a few weeks.

Max Haynes, 16, was one of six victims who have been bitten.

He was surfing on Fire Island when his foot was chomped on. 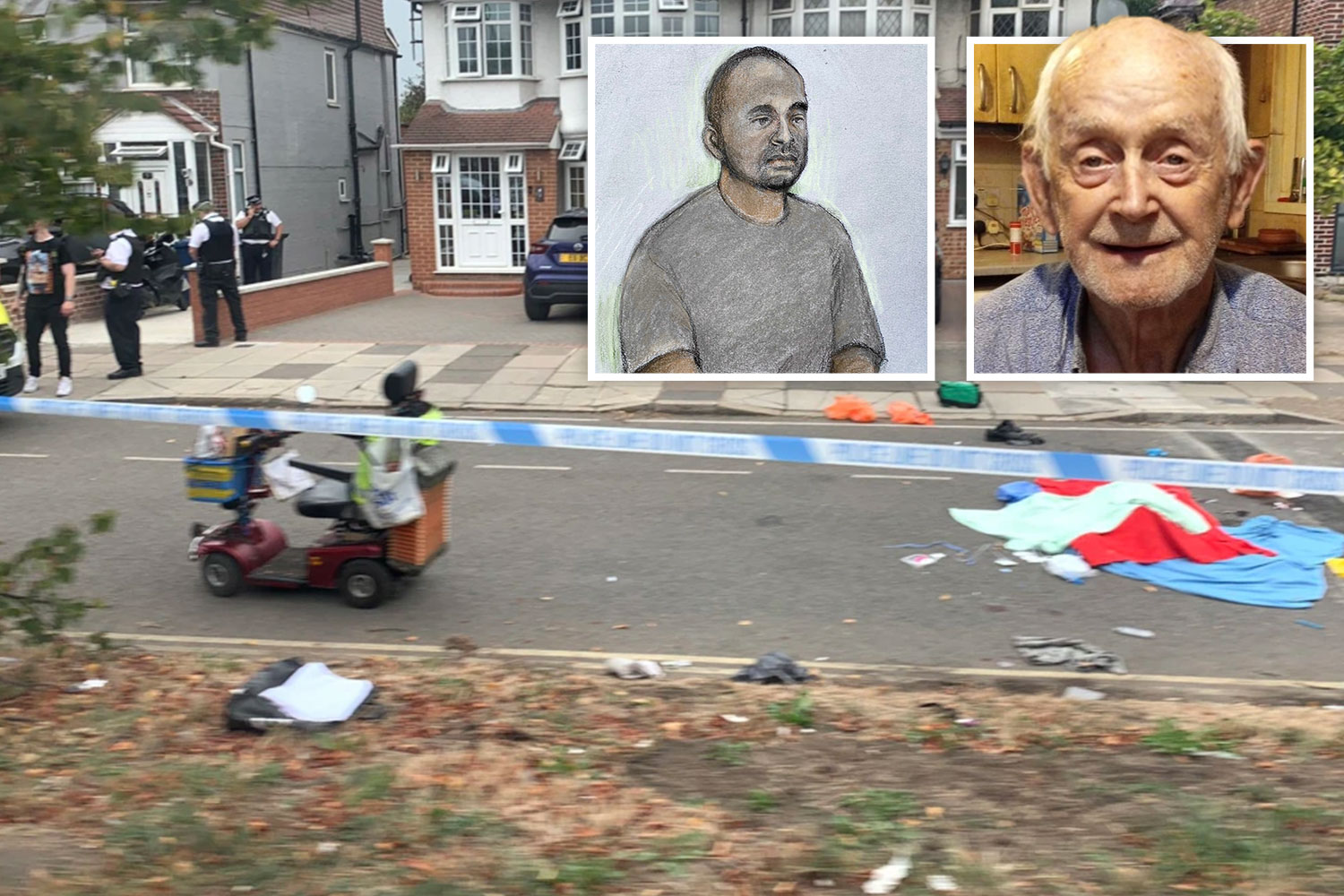 Man, 44, 'killed grandad, 87, by knifing him in chest on mobility scooter'

Mum cuts off boyfriend's manhood 'after he tried to rape her daughter, 14'

Shawn Donnelly, 41, was knocked off his surfboard when a sand tiger shark attacked off the coast of Smith Point Beach on July 13.

He was left with a four-inch gash wound to the leg.