A GLUM day with more downpour, often heavy, over north Wales, northern England, southeast Scotland and Northern Ireland as rain and winds push in from the North Sea.

A bit drier in parts of southeast England but pretty heavy, thundery showers break out through the afternoon.

UK weather forecast for 7am on Wednesday June 12 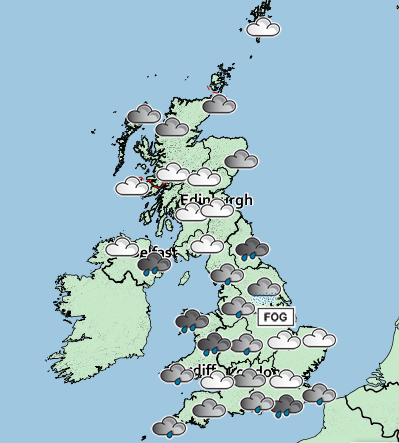 Showers, some thundery,  or longer spells of rain on Thursday.

Showers ease up on Friday and Saturday though, with warmer sunny spells break through. 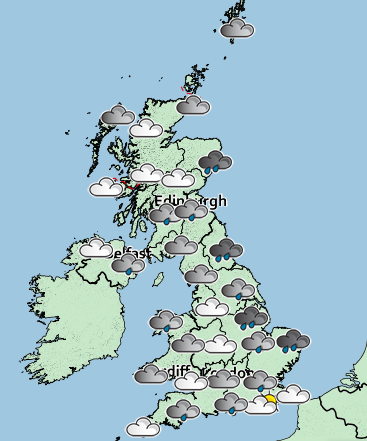 Spells of heavy and persistent rain over central and SW Scotland, Lothian Borders, Wales, the Midlands, north and east of England, could bring flooding and disruption to transport in places.

SUNSHINE and showers on Sunday, some heavy and thundery, most likely in the west or northwest of the UK. A cool day, though in the southeast, warm sunshine is likely later in the day as showers ease.

Next week will be warmer, and perhaps very warm in parts of the south. Western and northwesterly areas will see some rain and showers and will be rather windy at times, though there will be dry and bright spells too. South and southeasterly areas mostly dry, bright and warm. 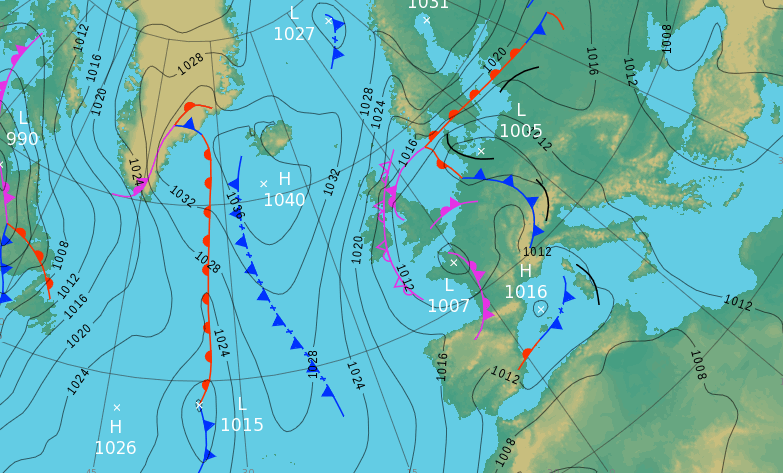