Home » World News » Where is Karen Matthews now and why did she kidnap her daughter Shannon? – The Sun

KAREN Matthews became a national hate figure for her part in staging the kidnapping of her nine-year-old daughter Shannon in 2008.

The mum-of-seven was released from prison after serving just half of her eight-year sentence and is living under a new identity in the south of England. 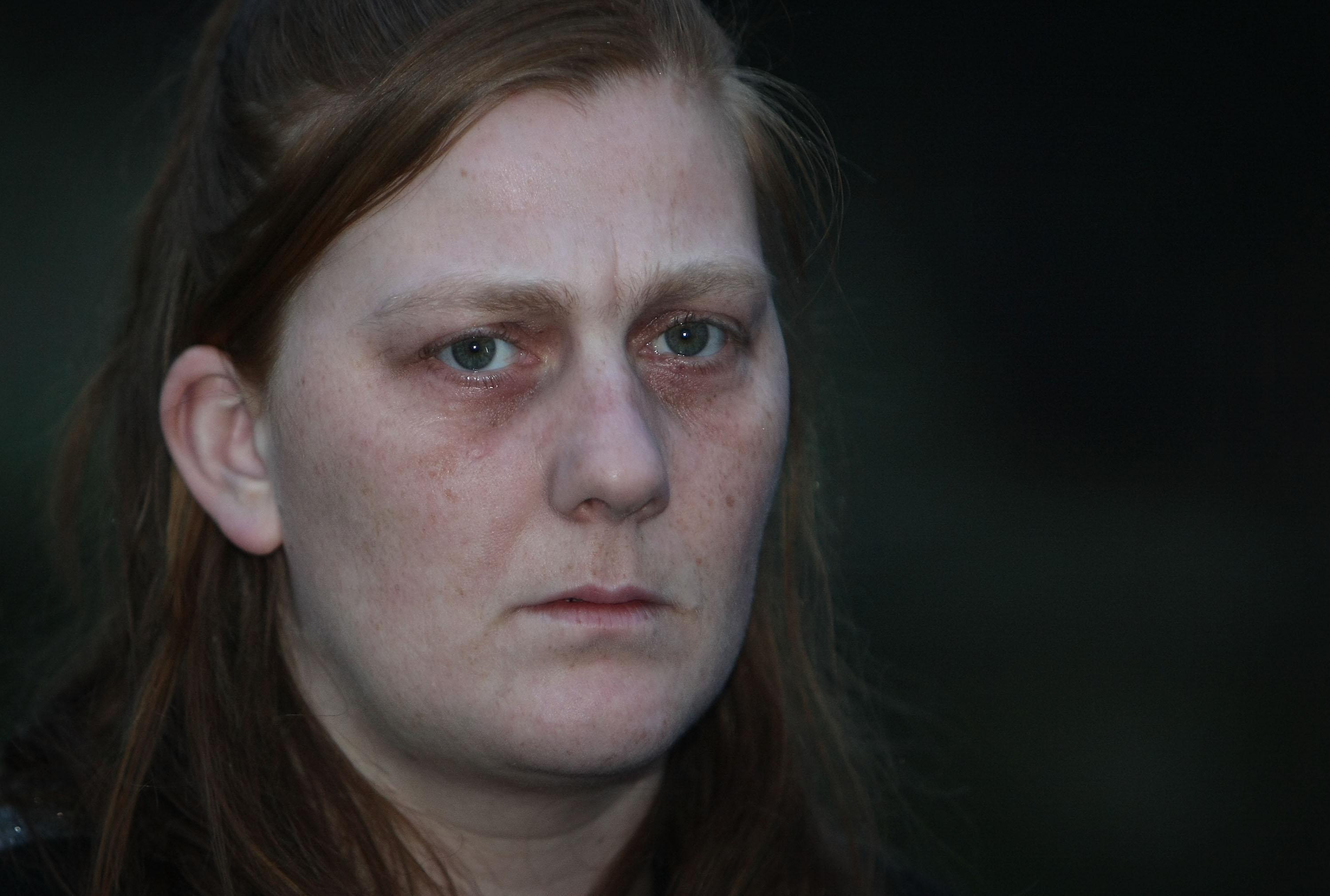 Where is Karen Matthews now?

The hated mum reportedly moaned that benefit cuts had made her life "horrible".

Matthews complained: "I haven't even got credit on my phone".

She says her past has made it impossible for her to find a job and she now survives on £25-a-week handouts.

However, Karen was pictured working in a charity shop the day after the first episode of The Moorside aired, later pictured going shopping before meeting her Bible group for coffee.

The former factory cleaner wants plastic surgery to stop her getting hassled in the street.

The disgraced mum still maintains her innocence and has been bombarded with death threats since the BBC drama was broadcast.

Shannon is now an adult and is not believed to have any contact with her mother.

A source said Karen took parenting lessons while in prison in case she has any more children, despite her seven kids being taken away when she was arrested over the kidnap.

She is also believed to be hooked on scratchcards in the hope of getting rich quick, using her state handouts to fund the gambling habit.

Why did she kidnap her daughter Shannon?

Karen was going out with Donovan’s nephew Craig Meehan at the time and the pair devised an elaborate plot between them.

They had planned to release the schoolgirl, "discover her" then take her to a police station and claim the £50,000 reward before splitting the cash.

On December 4, 2008, mum-of-seven Karen and Donovan were found guilty of kidnapping, false imprisonment and perverting the course of justice.

Both were sentenced at Leeds Crown Court to eight years behind bars.

Who is Karen Matthews?

Karen Matthews is the mum of Shannon Matthews, a schoolgirl who made national headlines when she vanished in 2008.

Shannon's mum made a number of public appeals for information on her daughter's whereabouts during the month she was missing, despite knowing where she was all along.

It has now been claimed the shameless mum picks up unused grub from a Pret A Manger store on the understanding that she takes them to a soup kitchen but instead flogs them to homeless people.

Karen sparked outrage when we told how she has a Best Mum ornament on her bedside table.

The Moorside, a BBC One drama retelling the story of Shannon Matthews' abduction, proved enormously popular with viewers and critics.

Gemma Whelan completely transformed herself to play the role of the much-despised mum.

Sheridan Smith played Karen's former friend Julie Bushby who continued to visit Karen in prison to try to get answers about the abduction.

During her time in jail Karen allegedly made money writing "dirty letters" to pen pals.

The day after the first part of the Moorside series was aired, Karen Matthews was exclusively pictured working at a charity shop.

Following the success of the drama, the story is being revisited by Channel 5 in a new documentary – Shannon Matthews: The Mother's Story.

And Karen has since shockingly been offered a big-money book deal for a tell-all story about her daughter's kidnapping ordeal. 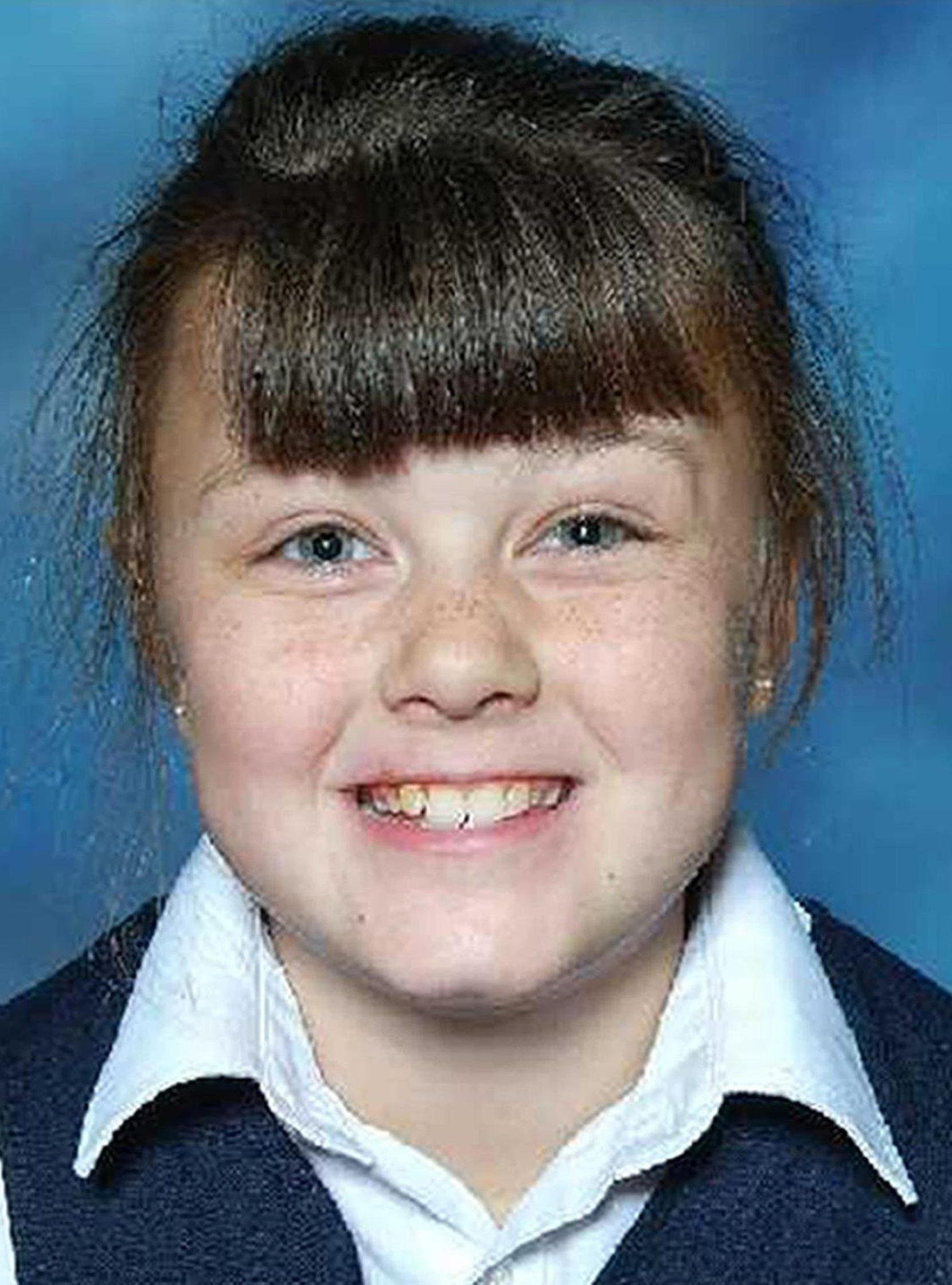 What happened to Shannon Matthews?

Shannon Matthews disappeared on her way home from a swimming lesson at Westmoor primary school in 2008, in a case that shocked the nation.

The nine-year-old was found tethered and drugged inside the base of a double bed at relative Michael Donovan’s grotty flat almost a month after she disappeared.

Karen Matthews, Shannon’s mum, was going out with Donovan’s nephew Craig Meehan at the time – and the pair had devised the elaborate plot in a bid to claim the £50,000 reward money for finding Shannon.

They had planned to release the schoolgirl, "discover her" then take her to a police station and claim the reward before splitting the cash.

The first photograph of Craig Meehan since the fake kidnapping emerged on February 5.

Meehan, who had nothing to do with Shannon's abduction, was jailed for 20 weeks after unrelated child sex abuse material was discovered on his computer.

Shannon was taken off Karen and placed in the care of her local authority after the trial.

She was given a new identity and is now living with a new family.

What happened to Karen's other children?

Karen had seven children including Sharon.

After she was arrested, the children were initially cared for by their maternal grandparents, Karen's estranged parents June and Gordon.

The children were later taken into care and were all given new identities for protection.

June and Gordon recently criticised BBC drama The Moorside, branding it "disgusting", and said they have had no further contact with Shannon since she was taken into care.

They said they hope one day she will track them down when she is old enough to understand what happened. 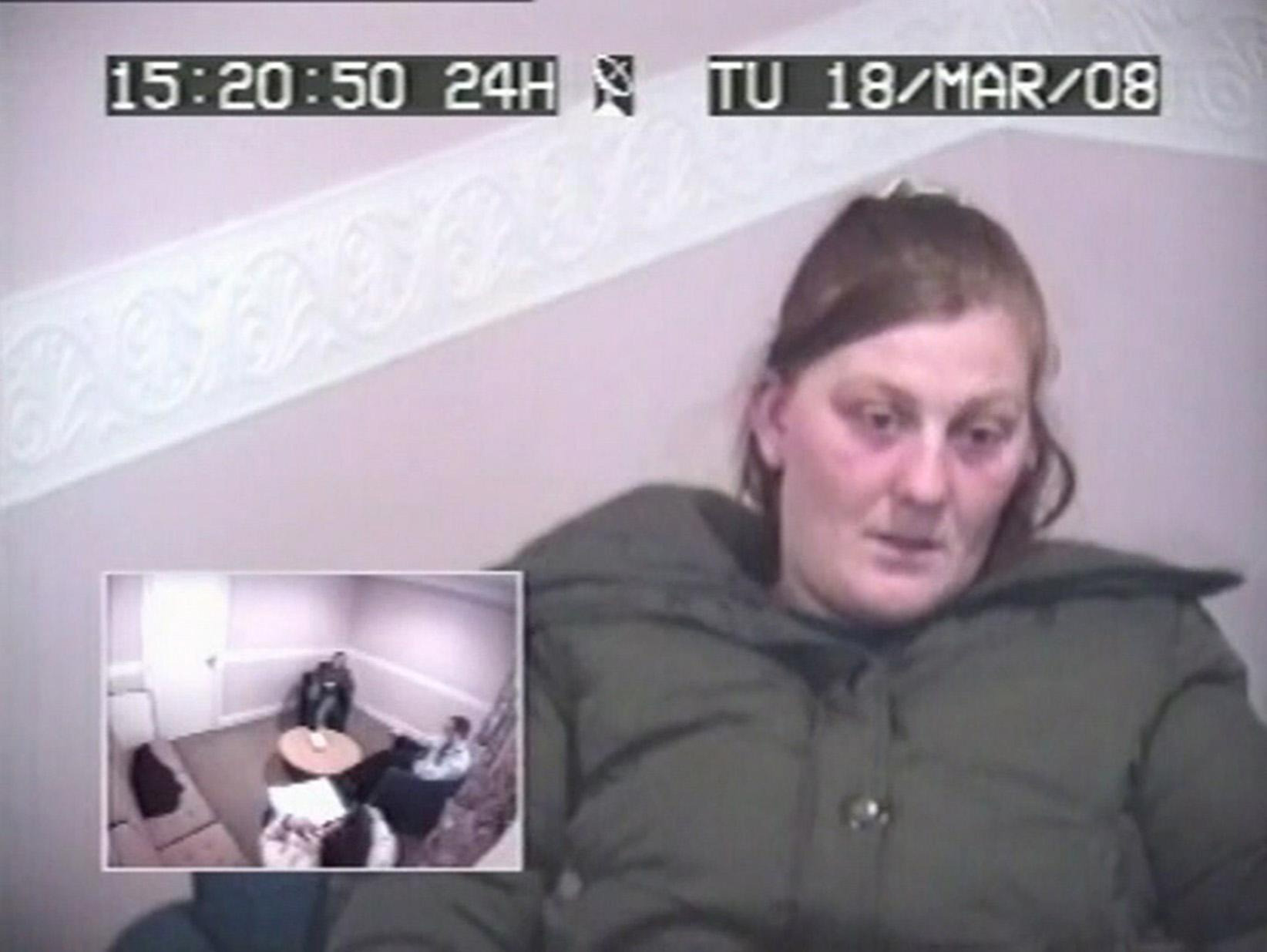 How was Karen Matthews caught?

Matthews and Donovan came up with six contradictory explanations.

Meehan's mum was overheard on the phone telling someone, thought to be Matthews, to keep quiet.

Matthews was arrested after breaking down during a car trip with friends who confronted her over their suspicions. It was overheard by a police support officer in the car with them.

Karen babbled that she had asked Donovan to look after Shannon as part of a plot to get away from Meehan, but "everything went wrong".

Police family liaison officer Christine Freeman later said she had suspected early on that "something was not right" about the way Karen was acting.

She said: "When I got to the house Karen and her boyfriend, Craig Meehan, were playing on an Xbox. Karen hardly looked up.

"After a few minutes my phone rang. I had a pop song as my ringtone and Karen got up and started dancing to it. I remember thinking, 'this is really odd’." 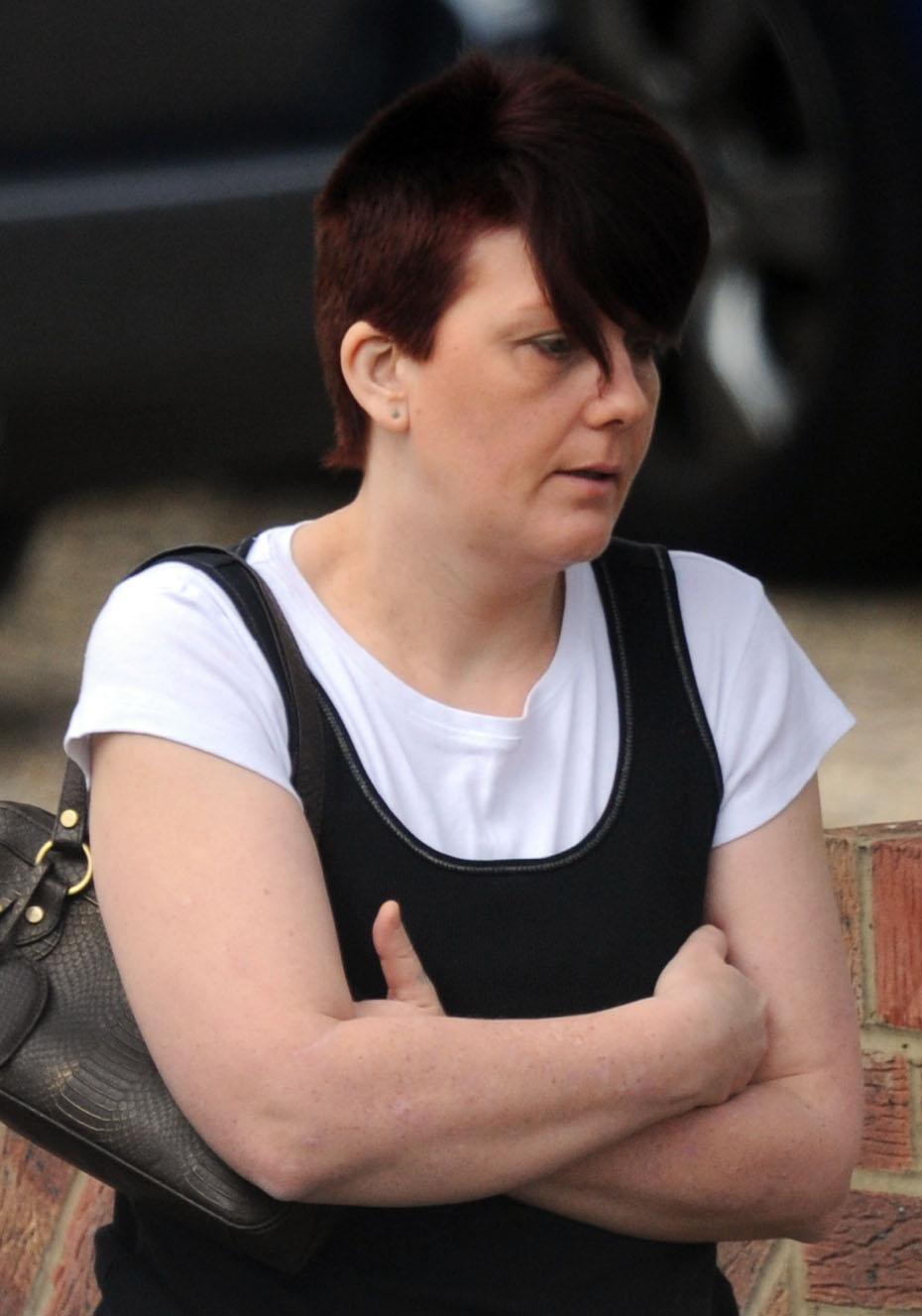 How long was Karen jailed for?

On December 4, 2008, mum-of-seven Matthews and Donovan were found guilty of kidnapping, false imprisonment and perverting the course of justice.

Both were sentenced at Leeds Crown Court to eight years behind bars.

A judge described the abduction plot as "truly despicable".

Matthews, who has reportedly changed her name to that of her favourite Hollywood actress, is said to have turned to the Bible group after being cut off from family and friends.

When was Karen Matthews released?

Matthews was freed in April 2012 after serving half of her sentence.
She is now a teetotal born-again Christian, living on benefits in southern England under a new name.

The 41-year-old reportedly now prays every day in an effort to lift her spirits.