Home » World News » Who is Markus Söder? The man who Germans are pushing to take over from Angela Merkel

Merkel: Markus Söder could be her successor suggests expert

Markus Söder could potentially replace Angela Merkel after the latter’s 16-year stint as Chancellor of Germany. The German Chancellor is head of Government and chief executive of Germany, as well as commander-in-chief of the German Armed Forces during wartime. She is the first woman to be elected Chancellor. Now two contenders have emerged as potential successors, with Markus Söder and Armin Laschet each vying for the position.

Germany’s Angela Merkel will step down as Chancellor in 2021 after 16 years in the position.

The vote on September 26 will probably be the most significant international election of 2021 and, as Germany is the continent’s largest economy, an important guide to Europe’s future.

In the German parliament, the largest part is Ms Merkel’s centre-right Christian Democratic Union, which sits with and puts up a common chancellor candidate with the Christian Social Union (CSU).

The CSU runs only in the state of Bavaria, with the CDU running the other 15 German states.

Together these parties run the Government with the centre-left Social Democratic Party of Germany. 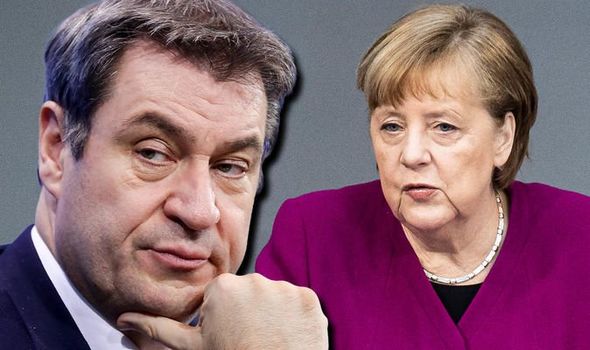 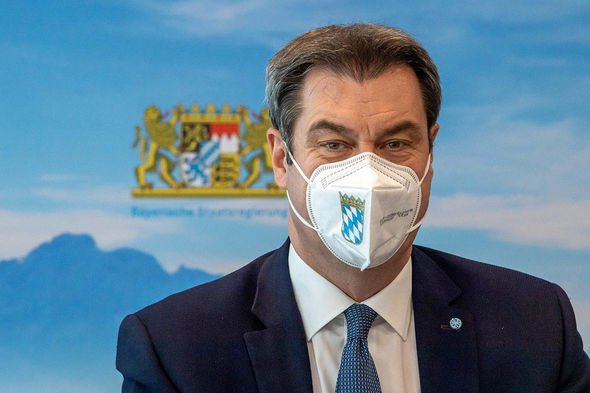 With the German federal election now less than six months away, discussion about who will run the country in the wake of the post-Merkel era is rife.

One alternative touted as a likely replacement for Ms Merkel is Markus Söder.

It has long been assumed that the CDU/CSU candidate will end up leading the next German Government as Chancellor.

But, who exactly is Markus Söder? 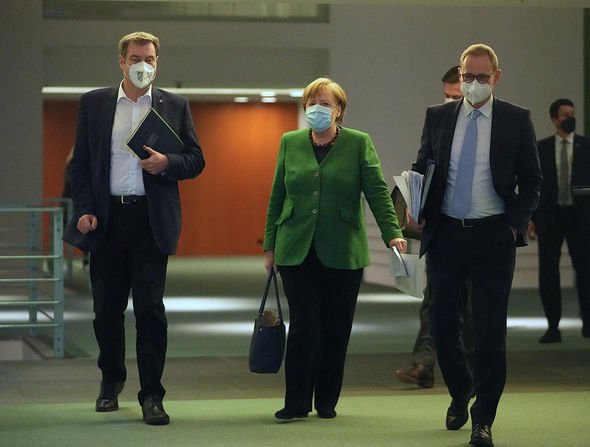 Markus Söder, 54, is a German politician serving as the Minister-President of Bavaria and leader of the Christian Social Union in Bavaria.

He was born in Nuremberg and is the son of a building contractor.

Mr Söder studied law at the University of Erlangen-Nuremberg from 1987 with a scholarship from the Konrad Adenauer Foundation.

He was elected to the Bavarian Parliament and became a full-time politician after 1994.

During his time in office, he was also part of the CDU/CSU team in the negotiations with the SPD on a coalition agreement following the 2005 federal elections, which paved the way to the formation of Chancellor Angela Merkel’s first Government. 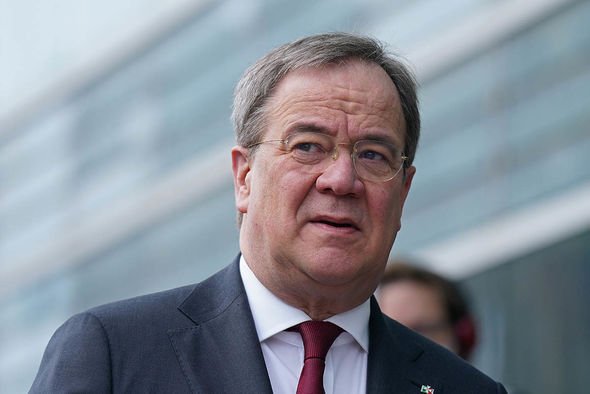 Germany’s CDU has been popular over the last four elections with voters backing the party.

However, the popularity of Ms Merkel’s Christian Democratic Union has been hit by the coronavirus pandemic and the country’s handling of the crisis.

According to the national parliament voting intention poll from Politico, support for the CDU/CSU dropped to 27 percent on March 29.

This is a massive decline of 12 percentage points from the party’s popularity in 2020, which peaked at 39 percent.

Since mid-February, the parties have seen a rapid decrease in popularity from the mid-thirties to the mid-twenties.

Before the crisis hit Germany in February, the party had relatively low popularity, but in the immediate wake of the crisis, support surged for the incumbent Government.

The Alliance ‘90/Green party and Free Democratic Party have comparatively seen increases as support has dropped from the CDU/CSU.

He was elected leader of the Christian Democratic Union on January 16, winning 52.8 percent of delegates votes against Friedrich Merz in the second round of the contest.

He entered state politics in North Rhine-Westphalia as a member of the State Government in 2005.