Phoenix Mercury star Diana Taurasi could be facing a suspension after kicking Minnesota Lynx center Sylvia Fowles during Tuesday’s game. The WNBA reportedly assessed Taurasi with a flagrant foul 2 for her actions, according to Meredith Cash of Business Insider.

The incident occurred in double overtime. With under a minute to play and the Mercury trailing by nine points, Taurasi drove the lane and pulled up for a jump shot. As Taurasi released the ball, she kicked Fowles in the groin.

Last stages of the games and Diana Taurasi out here kicking the great Sylvia Fowles in the groin for what reason?! pic.twitter.com/uo8VtziWuW

Taurasi was assessed with a personal take foul at the time. Commentators thought Taurasi’s actions were intentional. The Lynx went on to win the contest 118-107.

Taurasi and Fowles are familiar with each other, and have played together on Team USA. Taurasi even placed a gold medal on Fowles following the team’s win at the 2020 Olympics.

After a review, the WNBA reportedly agreed. Taurasi now faces a fine and/or a suspension for kicking Fowles. The WNBA has not officially announced the change, or Taurasi’s punishment.

Per #WNBA official rule book: “A flagrant foul—penalty (2) is unnecessary and excessive contact committed by a player against an opponent. It is an unsportsmanlike act…

The offender will be subject to a fine and/or suspension by the Commissioner.”

Taurasi, 40, is averaging 16.4 points and 4 assists per game. The Mercury are a disappointing 11-15 on the season, though are playing without Brittney Griner, who is still detained in Russia. 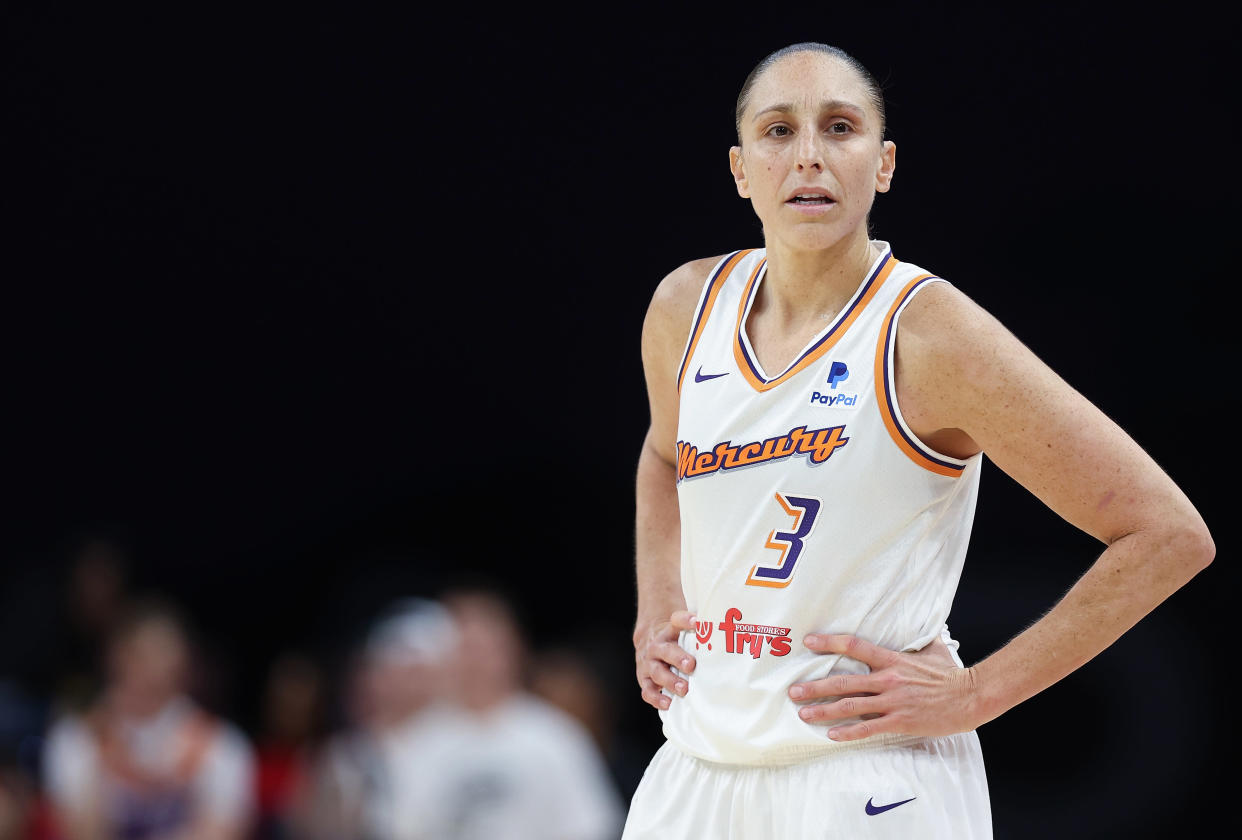