‘I felt something sharp go into my shoulder… I was fuzzy, confused, shook-up’: Woman, 26, ‘spiked’ on hen do tells how her friend saved her from whoever attacked her in city-centre bar

A 26-year-old woman ‘spiked’ on a hen do in a Liverpool bar has told how her friend saved her from whoever attacked her.

Rebecca Derbyshire, a landscape designer from Stoke-on-Trent, Staffordshire, was injected with an unknown drug in the Rubber Soul bar in the city-centre on September 25.

In recent days, terrifying reports have emerged of an ‘epidemic’ of young female university students being stabbed with syringes and drugged against their will. 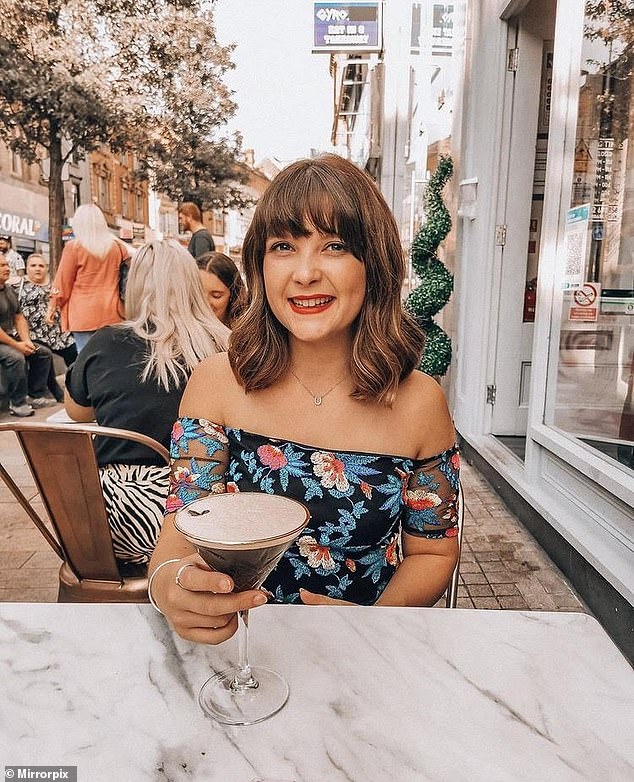 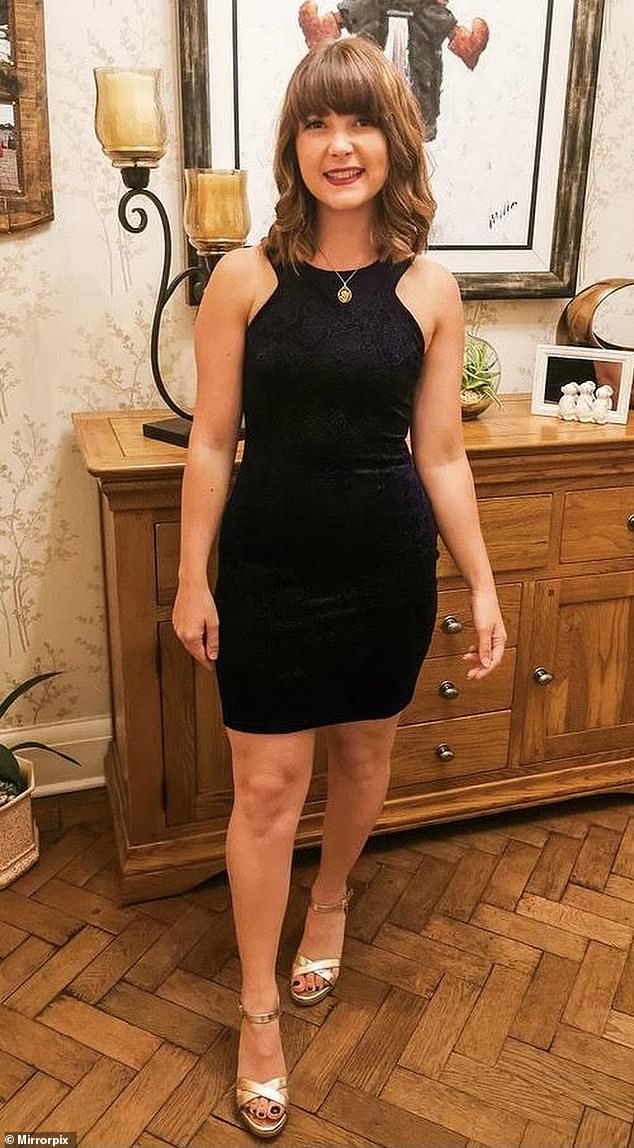 Rebecca Derbyshire (pictured), a landscape designer from Stoke-on-Trent, Staffordshire, was injected with an unknown drug

Ms Derbyshire said: ‘I felt something sharp go into my shoulder. It was a really unusual sensation.

‘I turned around to my friend and said, ‘I think I’ve just been injected’. She looked at my arm and said there was a needle mark and we looked around trying to see who might have done it.

‘It doesn’t bear thinking about what could have happened if my friend hadn’t been there.’

Ms Derbyshire and her friend went back to their hotel when she started to feel ‘fuzzy, confused and quite shook up’, the Mirror reported.

During a medical check-up, including HIV and hepatitis tests, doctors told Ms Derbyshire that whoever attacked her missed her blood stream and most likely used muscle relaxants.

It is only following the recent reports of a ‘spiking epidemic’ that Ms Derbyshire reported her experience to the police.

Almost 200 drink spiking incidents have been reported to police forces across the UK over the past two months.

The National Police Chiefs’ Council (NPCC) said there have been 198 confirmed reports of drink spiking in September and October across various parts of England, Scotland, Wales, and Northern Ireland, plus 24 reports of some form of injection.

Students are planning to boycott nightclubs next week as part of nationwide protests, with more than 30 universities taking part in the campaign in a bid to force venues to increase safety measures.

Following reports of spiking by needles in Nottingham, a petition calling for it to be a ‘legal requirement’ for nightclubs to ‘thoroughly’ search customers upon arrival has been signed by more than 130,000 people.

The Girls’ Night In campaign will spread across 43 university towns and cities over the next fortnight. It comes in response to a reported rise in drinks being ‘spiked’ and a new alarming trend of girls being injected unknowingly with drugs.

Victims have become violently ill while out and only realised they had been injected when they found ‘pin prick’ marks on their bodies.

Those taking part in the boycott will stay at home on a designated night to raise awareness of the attacks and encourage venues to improve security.

New figures have also emerged showing 15 per cent of females, seven per cent of males and 17 per cent of those identifying as other have had their drink spiked, according to a snap poll by The Alcohol Education Trust.

Zara Owen, 19, from Surrey, said she blacked out soon after arriving at a venue last Monday, telling BBC Breakfast: ‘I know I didn’t drink as much as I usually would on a night-out this night, and the fact that I don’t remember anything is terrifying for me because this is something that is a very rare occasion to me.

‘I’ve never suffered with memory loss and then the next morning … I woke up with a really painful leg.

‘I found a pin prick in my leg which was the epicentre of all pain. It made me unable to walk and I was limping around.

‘As a young person who’s at university, I’m hearing stories of people who have been to nightclubs and they have been injected. I have heard stories of someone having it through their hand or through their back, so this kind of gave me an idea this had happened to me.’ 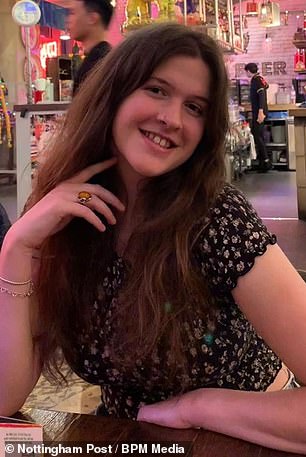 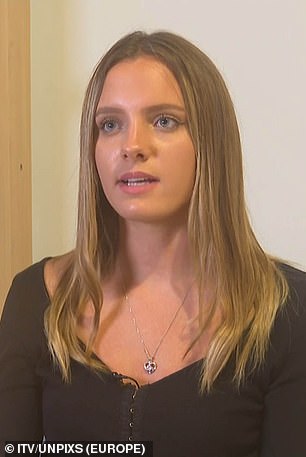 One spiking victim Zara Owen, 19, (left) said she woke up ‘with a limp’ before finding a ‘pinprick’ on her leg the morning after attending Nottingham’s Pryzm nightclub. Sarah Buckle, 19, (right) who is also studying in Nottingham, said she discovered she had likely been spiked via a needle to the back of her hand while out in a nightclub

Another 19-year-old, who is also studying in Nottingham, said she discovered she had likely been spiked via a needle to the back of her hand while out in a nightclub.

Sarah Buckle told ITV she arrived at the nightclub around 11pm, but later had to be taken home by friends who though she had drunk too much.

She said: ‘The taxi home I started being sick all over myself and my friends could sense something was wrong.’

Her friends called an ambulance and she was taken to hospital where she woke up the next day with no recollection of the night before.

‘My hand was throbbing really bad. I also knew I wasn’t intoxicated on a stupid level or overly drunk, she sad.

‘I knew I had clearly been spiked but it would have never occurred to me it was via injection if my hand wasn’t throbbing. I thought how? I never take a drink away from the bar.

‘You think spiking is to do with your drink, you don’t think something would go into your body.’