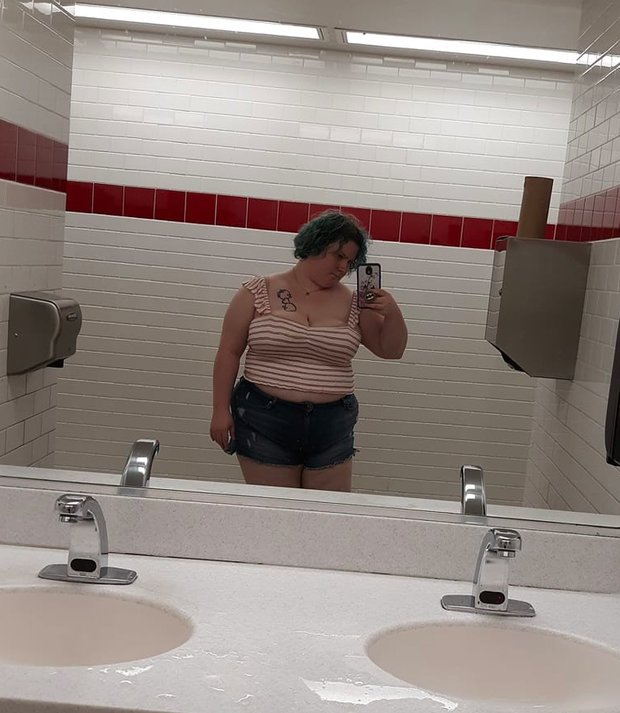 She says that she had discriminated against because of her weight: “They have no dress code and even if they did they just can’t pick [and] choose who they are going to make up a dress code or enforce in on based on another customer complaint.

“I have seen people in there wearing less and nothing is said to them but I really do believe something was said to me because I’m not thin so it’s not considered sexy ..”

Unwilling to let the matter rest, Sueretta contacted the franchise owner. She compared her position to someone wearing a burka or a turban, saying “Ok so if I’m at your restaurant and someone is in their religious garb if that were to offend me and I were to say something you would kick them out?”

The owner argued that the restaurant didn’t have a set dress code but that it was the manager’s duty to take into consideration the feelings of a majority of customers.

Sueretta concluded her post by expressing how her feelings had been hurt by what she perceives as a fat-shaming incident: “What really sucks was that was a new shirt. I’ve never owned a crop top before and I was nervous at first about wearing it but my husband loved the way it looked on me and encouraged me to wear it since I liked it so much.

“I really felt cute in it and now I never want wear that shirt again even though it was the first time I ever wore it and I felt good about myself in it.”