Phil Neville’s Lionesses to face off defending champions USWNT in what promises to be a thrilling encounter. 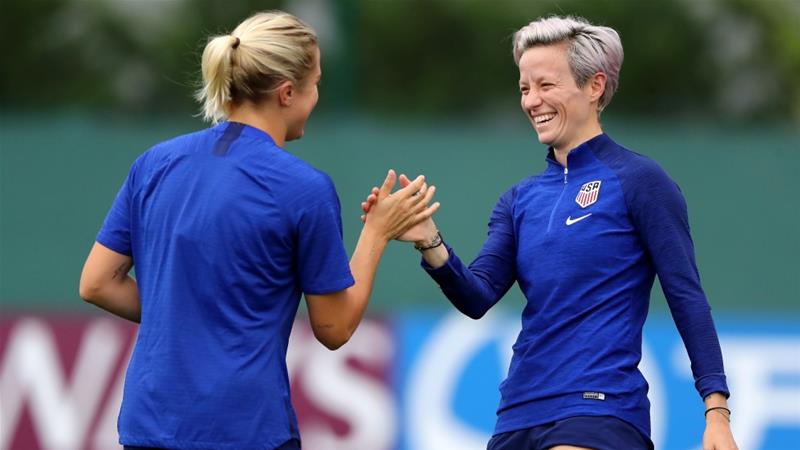 England will take on tournament favourites the United States in what promises to be an enthralling semi-final in the Women’s World Cup in Lyon on Tuesday.

The Lionesses, who are in their second consecutive semi-finals, are hoping to make history by beating the United States Women’s National Team (USWNT) to become the first senior England side since 1966 to reach a major football final.

But they will be facing a daunting task in progressing over the three-time World Cup winners and defending champions USWNT, managed by their coach Jill Ellis.

The 52-year-old’s side is unbeaten in 12 Women’s World Cup games, and Ellis, having overseen 125 games, is aiming to be the first coach to win the World Cup twice.

The match will take place at the Parc Olympique Lyonnais in Decines-Charpieu at 17:00 GMT.

All eyes will be on USWNT’s joint top-scorers Alex Morgan and Megan Rapinoe, tied with England’s Ellen White with five goals apiece.

All of Morgan’s goals came in the 13-0 decimation of the Thailand team in the group stages.

Her teammate Rapinoe made headlines when a video of her saying she wouldn’t go to the White House if the US team won the title went viral.

In typical fashion, President Donald Trump responded on Twitter by saying Rapinoe should “win before she talks” and the 33-year-old player went on to do just that, scoring a brace in the gruelling quarter-final game over France before the hosts pulled a late goal back.

Meanwhile, Ellen White has proved to be a dominant player on England’s team. USWNT goalkeeper Alyssa Naeher acknowledged White’s “great form” and said her side will “shift our focus and figure out a game plan to stop that”.

Will the cup ‘come home’?

Having comfortably beaten Norway 3-0 in the quarter-finals, the stakes are high for the Lionesses, who have never progressed beyond the semi-finals.

The manager of England, former Manchester United and Everton player Phil Neville, told reporters earlier this week that his team wants to “come home with that World Cup”.

“I keep thinking to myself, ‘stop saying it’, but we can’t hide away from the fact something’s happening,” Neville said.

Appointed in January 2018 with no previous experience in women’s football or management, Neville is no doubt regarding the magnitude of what his side is setting out to achieve.

“We’re now at the point where we are inspiring, where people are jumping on board,” he said.

“We want the Lionesses to have a name that people around the world can relate to… badass women. That was our mantra.”