‘It’s so preposterous and yet the smear has remained’: Woody Allen gives first TV interview in thirty years to deny his daughter Dylan’s claims he sexually assaulted her when she was seven – but adds he doesn’t think she is lying

Woody Allen has has addressed accusations of pedophilia leveled by his adopted daughter Dylan Farrow in his first television interview for three decades.

‘I believe she thinks it,’ Allen, 85, told CBS Sunday Morning reporter Lee Cowan. ‘She was a good kid. I do not believe that she’s making it up. I don’t believe she’s lying. I believe she believes that.

‘It’s so preposterous, and yet the smear has remained,’ Allen said. ‘And they still prefer to cling to if not the notion that I molested Dylan, the possibility that I molested her. Nothing that I ever did withy Dylan in my life could be misconstrued as that.

‘There was no logic to it, on the face of it. Why would a guy who’s 57-years-old and never accused of anything in my life, I’m suddenly going to drive up in the middle of a contentious custody fight at Mia’s country home (with) a 7-year-old girl. It just – on the surface, I didn’t think it required any investigation, even.’ 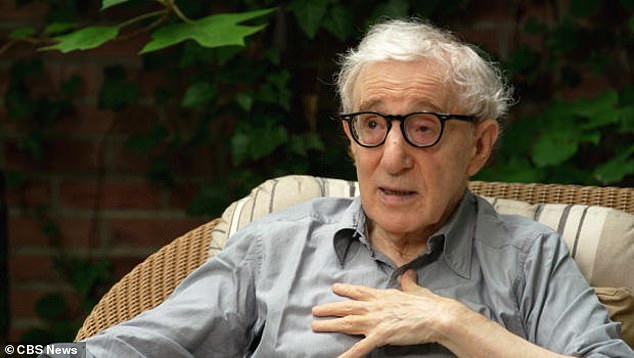 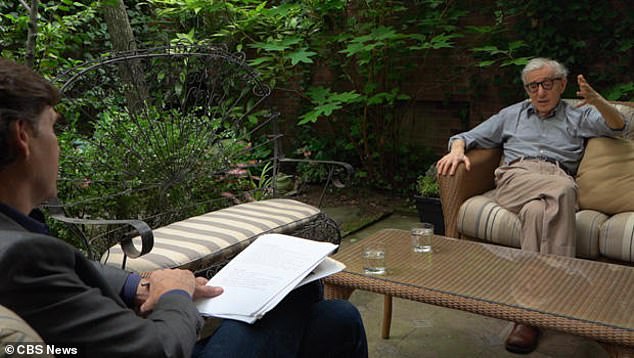 CBS Sunday Morning special was recorded before the release of Allen v. Farrow this year 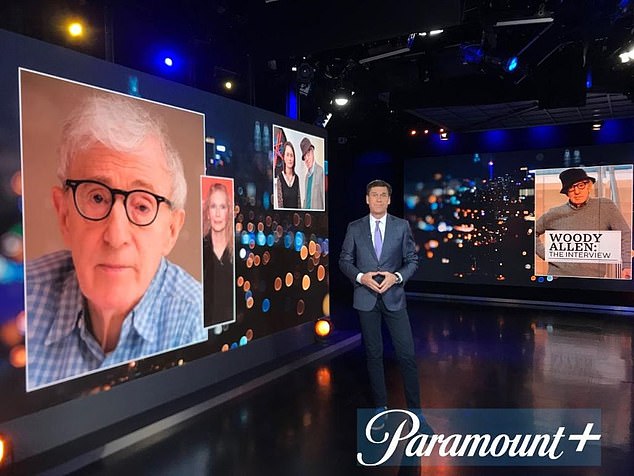 The special was recorded in July 2020 before the release of Allen v. Farrow earlier this year

The interview with Allen was conducted last July but never made it to air.

It was finally made available as part of a larger package on the new subscription video on-demand service Paramount Plus on Sunday.

The special was recorded several months before the release of Allen v. Farrow earlier this year in which his adopted daughter Dylan Farrow speaks on camera about her alleged sexual abuse.

Allen has continued to maintain his innocence and has never been charged with a crime.

Allen told CBS he would like to reach out to Dylan Farrow but has not spoken to her since the allegations surfaced.

During the early ’90s, Mia Farrow who was still Allen’s girlfriend at the time, learned that he had struck up a relationship with her 21-year-old adopted daughter, Soon-Yi Previn.

Allen was 56 at the time and Mia Farrow ended their relationship soon after.

‘The last thing in the world that anybody wanted was to hurt anybody’s feelings,’ Allen said. ‘What we wanted to do was to eventually make it known that we had a relationship.’

Allen noted he was ‘totally surprised’ at the onset of his relationship with Previn claiming to have initially had ‘no interest in her whatsoever,’ but ‘she turned out to be the deepest relationship in my life.’

He was asked if he ever considered a relationship with his girlfriend’s adopted daughter to be inappropriate.

Allen said ‘no,’ adding ‘there was never a moment that it wasn’t the most natural thing in the world … it didn’t give me pause, because the relationship with Soon-Yi was very gradual. It wasn’t like I went out with her one night and kissed her.

‘I would say of the many women I’ve dated in my life, many women, they were all what the appropriate police would call appropriate – age appropriate,’ he said. ‘Diane Keaton, Mia Farrow, Louise Lasser, my first wife; until Soon-Yi, which is unusual for me.’

Allen added: ‘If you’d have told me I was going to wind up married, and happily married, to an Asian woman much younger than me, not in show business, I would have said ‘the odds of that are very slim. I don’t think you’re going to be right.’ But that’s what happened.’

Allen and Previn, who is now 50, have been married for 23 years and have raised two adopted college-age daughters. Allen claims this is proof of his innocence: ‘They don’t give two baby girls to someone they think is a pedophile.’

During the interview Allen was asked how he feels about others in Hollywood and the wider public who have condemned him? ‘They’re well-meaning but foolish,’ he said, accusing them of ‘enabling this lie’ against a ‘perfectly innocent person.’ But he says he ultimately isn’t bothered by what others think about him.

‘Do I care that some guy sitting at home or some woman is thinking? ‘I don’t care what investigators say, I still believe he’s a pedophile’? It’s as meaningful as a person sitting at home saying ‘I believe him and he’s a wonderful guy and he’s gotten a raw deal,” he said.

Before Allen v. Farrow premiered, Woody and wife Soon-Yi Previn’s rep said in a statement that the documentary makers ‘had no interest in the truth,’ adding, ‘Instead, they spent years surreptitiously collaborating with the Farrows and their enablers to put together a hatchet job riddled with falsehoods.’

‘As has been known for decades, these allegations are categorically false,’ the statement continued. ‘Multiple agencies investigated them at the time and found that, whatever Dylan Farrow may have been led to believe, absolutely no abuse had ever taken place.’ 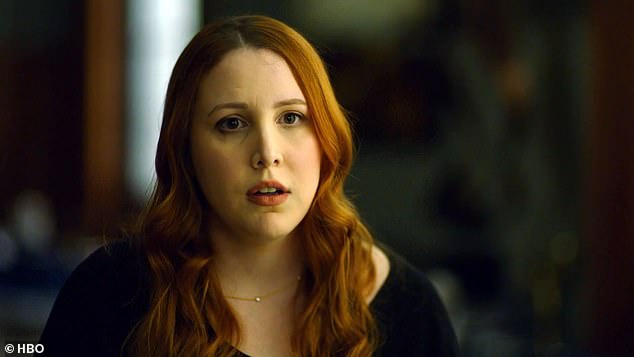 Dylan Farrow, now 35, is pictured in Allen v. Farrow but will also appear in the new special in an interview she did in 2018

In another new part of the special, Erin Moriarty explored how the public views and treats controversial artists have been alleged ‘to have acted in a morally questionable manner.’

CBS explained the delayed release of the Allen interview in a statement.

‘Lee Cowan sat down with Woody Allen in July 2020 following the release of his memoir for what would be Allen’s first significant television interview in nearly three decades,’ CBS News said.

‘The interview, which occurred last summer during an active news cycle, is being presented now given the renewed interest in the controversy surrounding the filmmaker.’

The statement continues: ‘The exclusive for Paramount Plus offers the ability to explore Allen, his career, and the allegations in context and with the depth that this story demands.’