Home » World on the brink: US ‘reserves right’ to retaliate against Russia’s ‘harmful activities’

The US president’s administration has been locked in an increasingly volatile war of words with the former Soviet Union over its large-scale military build-up on Ukraine’s border. These escalating tensions, and the increasing likelihood of it developing into a full blown nuclear conflict, have since branched out into tit-for-tat expulsions by both sides.

But the US – which under Mr Biden has taken a far more confrontational stance against Mr Putin – upped the ante after Russia blacklisted eight current and former American officials and sent 10 diplomats packing on Friday.

This was in response to US sanctions on 30 Russian individuals and entities for allegedly interfering in the 2020 US presidential election and alleged involvement in the SolarWinds hack.

Russia vehemently denies all the allegations.

Last night, the US issued a strongly-worded statement – just days after sending two warships to the Black Sea as a warning to Russia about its determination to stand by Ukraine. 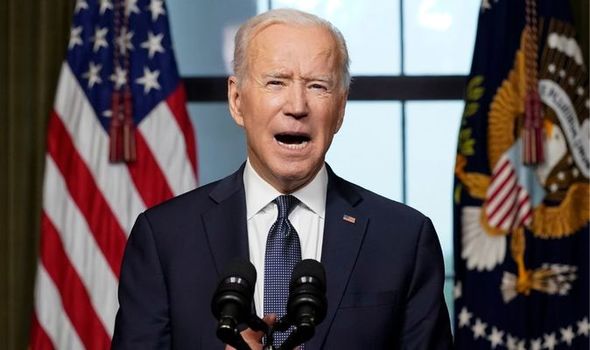 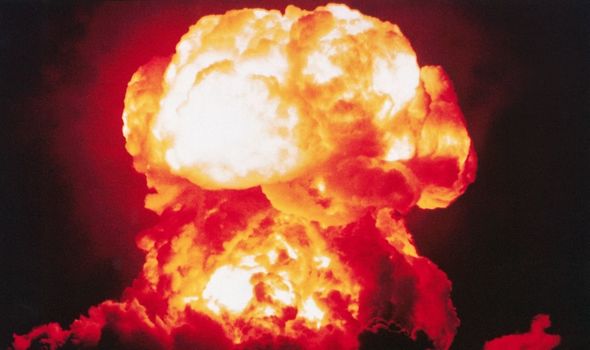 It said: “Our recent actions were proportionate and appropriate to Russia’s harmful activities.

“Today’s announcement by the Russian government was escalatory and regrettable.

“It is not in our interest to get into an escalatory cycle, but we reserve the right to respond to any Russian retaliation against the United States.”

Since taking office Mr Biden has also expelled a further 10 Russian diplomats and banned US companies from the country. 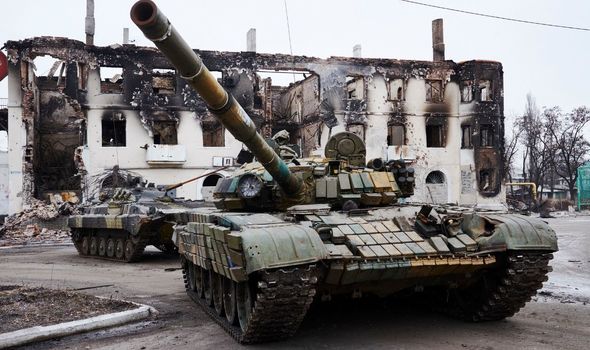 It comes after Moscow said it will restrict the number of short-term visas for State Department staff based in the country to 10 per year.

It will also ban the US embassy from hiring Russian citizens and people from third countries as administrative staff.

US diplomats’ freedom to move around the country has also been curtailed.

This breaches the “open ground” memorandum of 1992, allowing US diplomats to move freely around Russia. 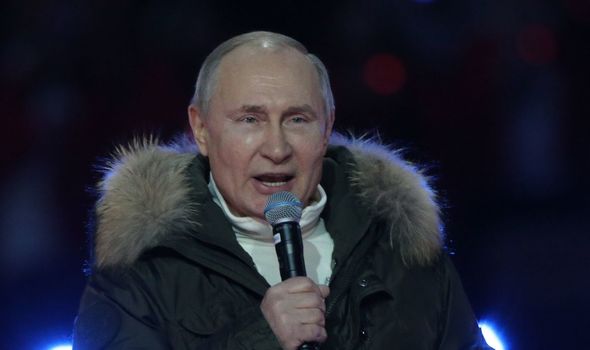 Kremlin officials said it was revoked after being “declared invalid due to systematic violations” by Americans.

There are also plans to “halt the activities… of American foundations and NGOs controlled by the Department of State and other US government agencies” since the US “shows no intention of scaling back its systematic subversive efforts.”

The unusual step to publicise the response was taken “in view of the unprecedented complications in Russia-US relations provoked by Washington,” Russia’s Foreign Ministry said.

It claimed that America’s recent actions “show that Washington is not willing to listen and does not appreciate the restraint that we have displayed despite the tensions that have been purposefully fueled”. 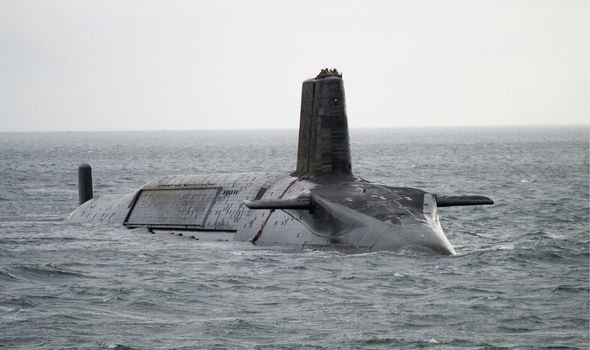 Russia would “like to avoid further escalation” with the US but can’t do so while Washington says one thing and does another.

Foreign Minister Sergey Lavrov told reporters yesterday that Russia could have inflicted “painful measures” on US businesses, but chose not to do so – at this time.