Huge crowds gathered outside the Court of Appeal in Athens today as neo-Nazi party Golden Dawn was ruled a criminal group. But there were clashes between some demonstrators and police outside the court.

Tear gas and water cannons were used against protesters, who threw petrol bombs.

The economist and former Greek finance minister took to Twitter to hit out at the police.

Mr Varoufakis claimed members of the Democracy in Europe Movement 2025 group were “attacked by riot police”.

He tweeted: “As guilty verdicts against the Nazis were being delivered in the Athens court, DiEM25 members demonstrating outside were attacked by riot police with CS gas. 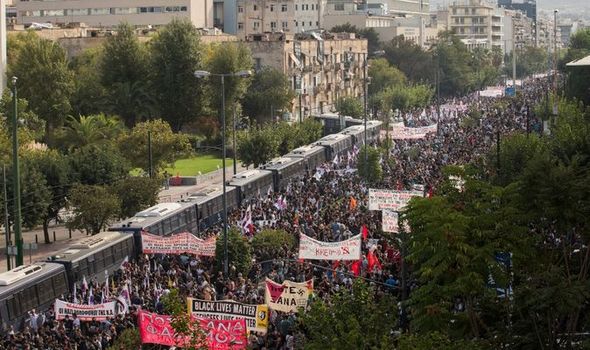 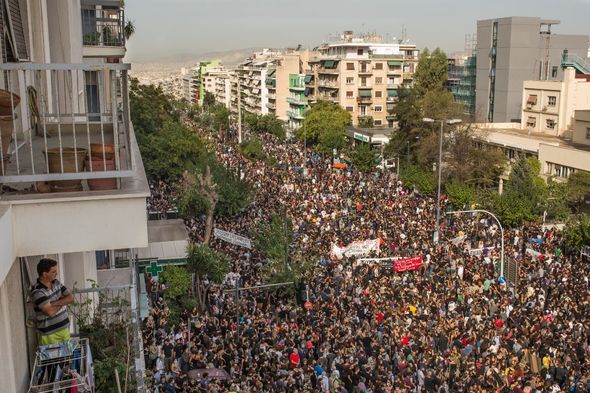 “Unable to breathe and vomiting, we succeeded in escaping into a side street.

“I approached their leader & asked him to stop as people were dispersing. ‘F… off’ was his reply. 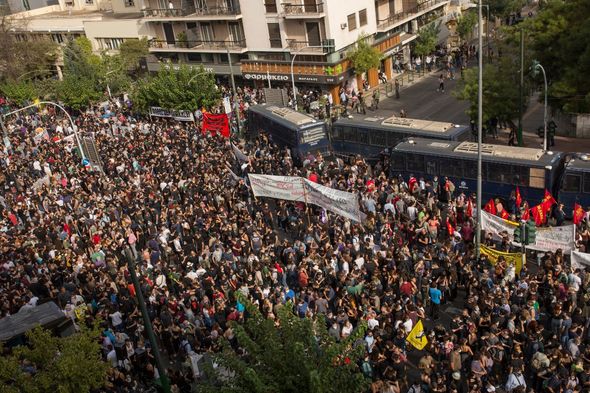 “When I showed him my Parliamentary ID card, he said: ‘Yet another reason to f… you!’

“So, while some Nazis are imprisoned, Nazism lives on – in the police!”

Golden Dawn was once the third-largest party in Greece.

But a criminal inquiry into the group was launched following the murder of rapper Pavlos Fyssas in 2013. The trial started in 2015.

Golden Dawn leader Nikos Michaloliakos and six others were convicted of running a criminal group.

Supporter Yiorgos Roupakias was found guilty of the musician’s murder. 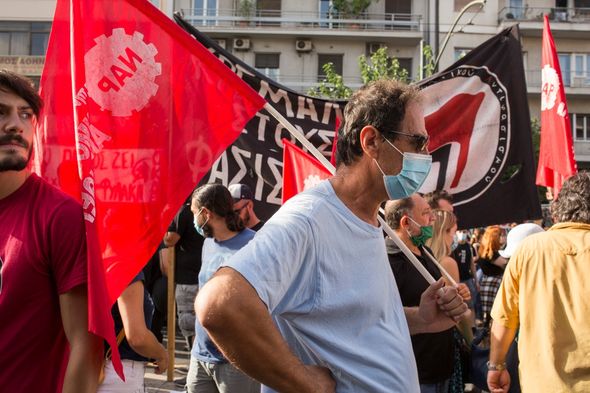 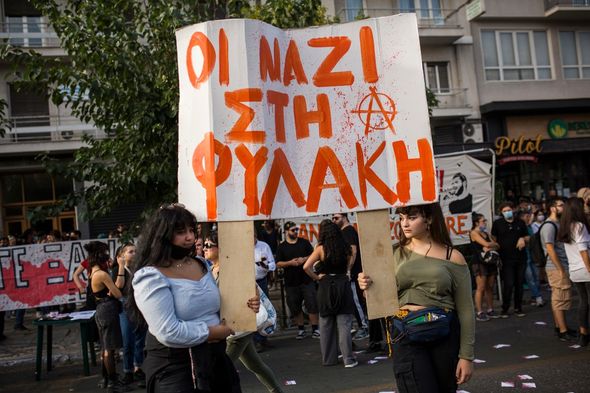 Thousands of protesters gathered outside holding banners that read “Fascism, Never Again” and “Freedom for the People, Death to Fascism”.

Some 2,000 police were deployed to the court.

Europe director Nils Muiznieks said: “The accusations against the leaders and members of Golden Dawn, including the murder of Pavlos Fyssas, expose a fissure that exists not just within Greece but across Europe and beyond.”