The coronavirus pandemic has not deterred the Swiss from sending yodels echoing across their mountain valleys, but a concert attended by 600 people is believed to have made one canton a European virus hotspot.

At the late September yodelling event in the rural Schwyz canton, Switzerland, people in the audience were asked to maintain social distancing, but mask-wearing was not required.

‘We can’t do anything about what happened with this yodelling group. We found out nine days after the performances that several people from the group were infected,’ event organiser Beat Hegner told RTS public television.

An Australian study suggests that singing can spread coronavirus via airborne droplets and can pose greater risks than talking. A choir singing indoors can saturate the air with infected particles which float.

The researchers, from the University of New South Wales, Sydney, added that if singers wear a face mask and venues practice social distancing and allow smaller audiences, then the risk from singing can be reduced. 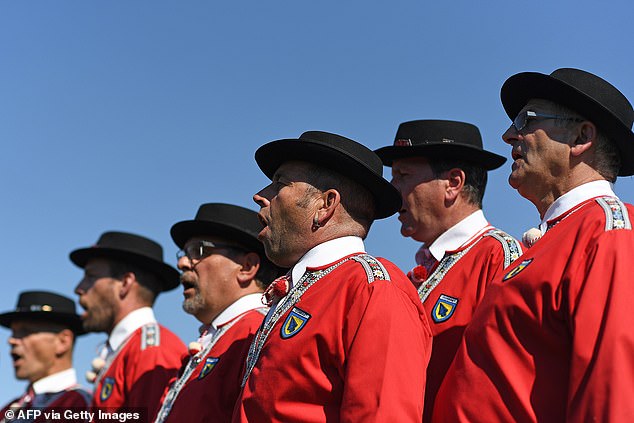 Yodelling ‘superspreader’ concert with 600 attendees is believed to have made Schwyz canton virus hotspot. Above, a yodel group sings at a Swiss festival in 2016 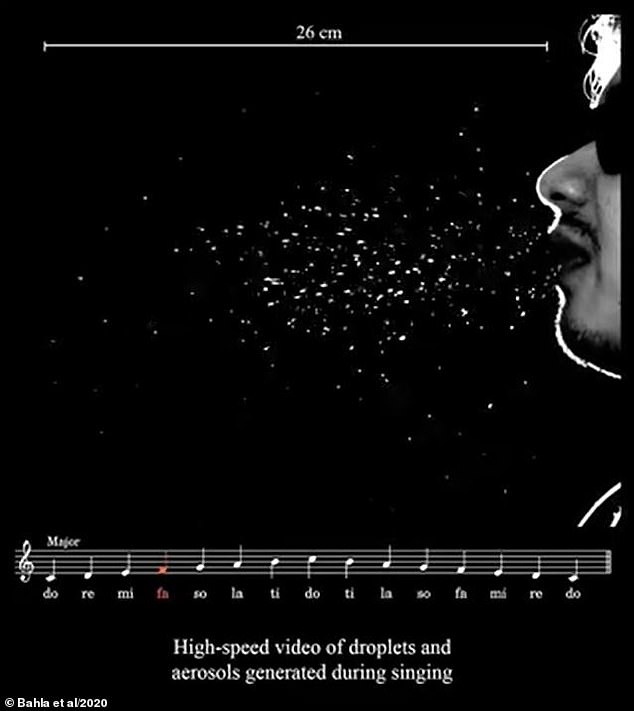 During an experiment, a person was asked to sing a popular scale and some sounds, such as ‘do’, ‘fa’ and ‘ti’, forced particles out at up to six metres a second (13 mph)

Now the pandemic has spread through the Swiss region, with 1,238 cases compared with just 500 in mid-September.

On Wednesday alone, 94 people tested positive, twice as many as the day before.

The overloaded cantonal hospital in Schwyz has asked people to begin wearing masks and avoiding gatherings.

‘It’s time we reacted. The explosion in the number of cases in Schwyz is one of the worst in all of Europe,’ chief doctor Reto Nueesch posted online. 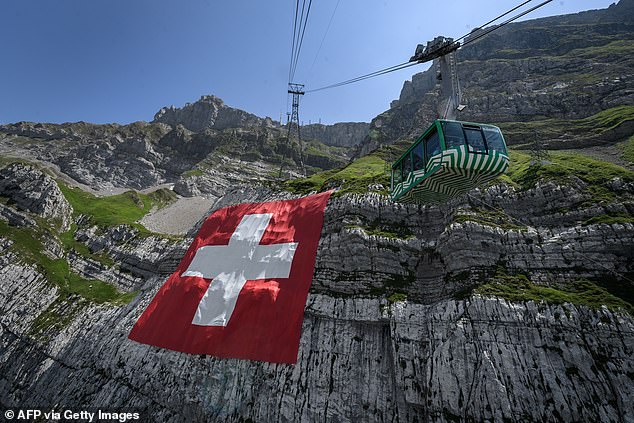 Now the pandemic has spread through the Swiss region, with 1,238 cases compared with just 500 in mid-September.

Cantonal authorities have stepped up infection control measures, making mask-wearing compulsory at all public and private events with more than 50 people and in situations where distancing can’t be maintained.

But people can still go to the shops without covering their nose and mouth.

Switzerland isn’t the only country to practice yodelling, an age-old style of singing where the performer rapidly switches between registers.

It’s also practised in Austria’s Tyrol region and in variant forms across the mountains of central Europe, from Poland to Romania.

Like archery, wrestling and the Alpine games, yodelling has been one of the building-blocks of common identity between Switzerland’s culturally disparate regions since the 19th Century.