Home » World News » You should prepare for 48 hours off work after having your Covid vaccine, doc says

PEOPLE booked in for their Covid jab should prepare to take two days off after having the vaccine, one doctor has warned.

Millions of Brits have now been vaccinated against Covid-19 with the government stating that all adults will have had a first dose by the end ofJuly.

? Read our coronavirus live blog for the latest news & updates… 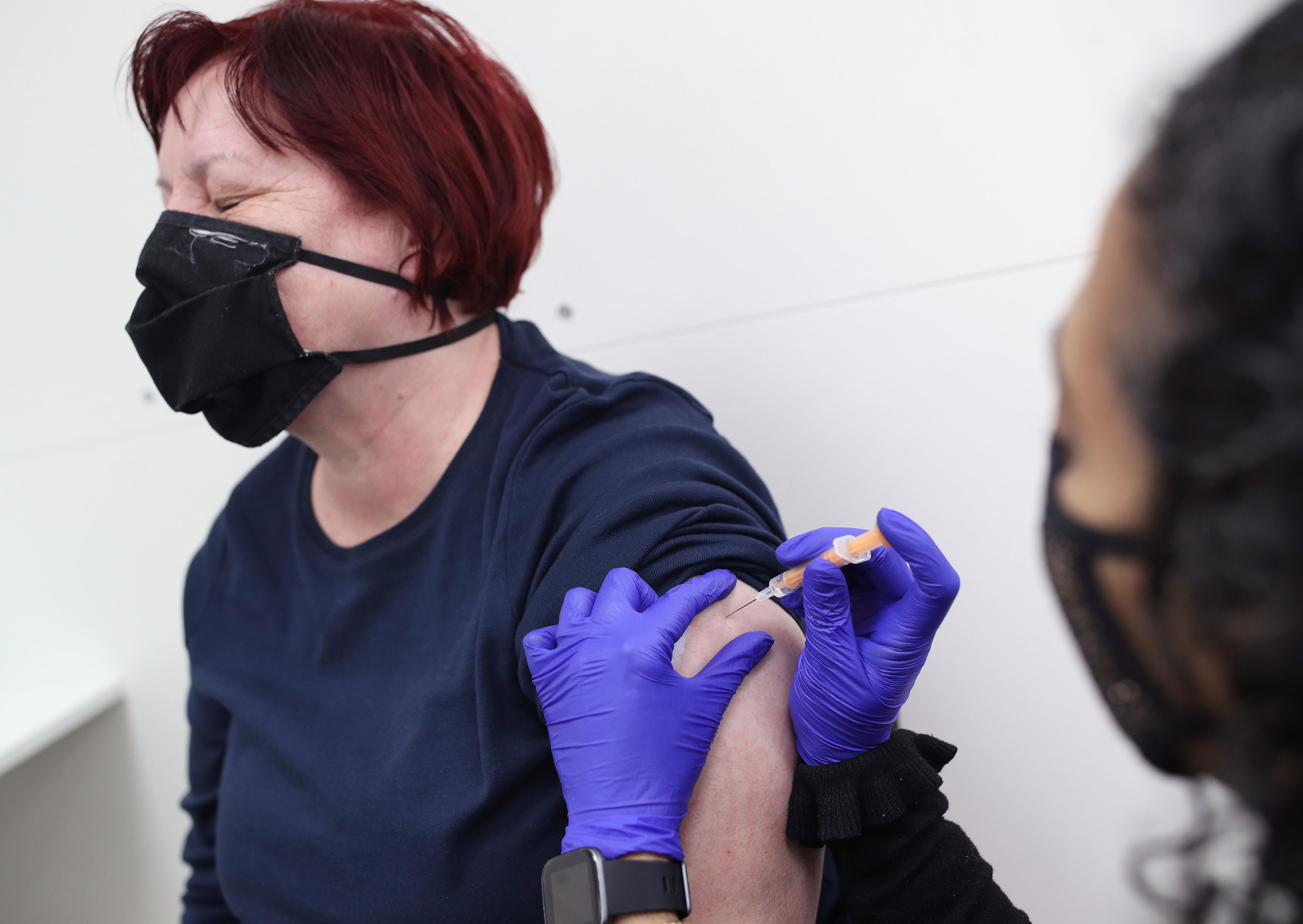 Over 31 million people have had a first dose of the Oxford/AstraZeneca jab, the Pfizer/BionTech offering and this week the Moderna jab was also rolled out to some patients in Wales.

Six million Brits have also had a second dose and as with any medications, vaccines can have side effects.

Experts say the most common side effects from the coronavirus vaccine is a pain in the site of injection and some people will likely have a sore arm after having their jab.

But other side effects can include fatigue, chills, muscle aches, nausea and fever.

Most people will feel fine after their jab, but one doctor has warned that some people might want to plan for a sick day.

Dr. Neeta Ogden, an internal medicine specialist and immunologist in the US said that you should listen to what your body needs after having the Covid vaccine.

Speaking to CBS, she said that employers should be flexible when it comes to time off after a vaccine.

Dr Ogden said: "People should expect they may need 24 to 48 hours off of work, but some people feel nothing.

"It's a good idea to listen to your body's needs and rest if it's calling for it, or work more slowly and take on less responsibility if you do need to be at work."

She did however state that it wont harm the effectiveness of the vaccine if you work through a little bit of pain or discomfort.

It means that if you do a job, where for example you operate heavy machinery and you feel fatigued – then you should probably take the day off if you are experiencing side effects.

Or just slowing down in your day-to-day tasks can also help.

Vice President Kamala Harris said that she had to slow down after having had her second shot of the Moderna vaccine.

What the regulators say about side effects

A safety report published by the Medicines and Healthcare products Regulatory Agency revealed the top symptoms Brits have been suffering with.They found that flu-like symptoms, tiredness and a headache were the most common along with arm pain and fever.

They revealed most people had "mild and short lasting" side effects in line with "a normal immune response to vaccines – including a sore arm and fatigue".

The most frequently reported reactions are injection-site tenderness and pain, headaches, fatigue, joint and muscle pain, fever, chills and nausea.

MHRA found around one in ten people will experience side effects after having the jab.

There were also 75 reports of facial paralysis or paresis from people who had both vaccines, the report found.

This is listed as a possible side effect due to a small number of reports in trials, but has not been confirmed as linked to the jabs.

Speaking after she had both vaccines in February she said: "The first dose, I was fine. The second dose, I thought I was fine. I got up early in the morning, went to work and then midday I realised, yeah, I might need to slow down a bit."

Earlier this week experts said that Brits should seek medical help if they experience "rare side effects" up to four days after having the Oxford/AstraZeneca vaccine.

While most side effects from jabs will go away within around 24 hours, the symptoms of a rare blood clot will stick around for longer.

In light of fears surrounding blood clots, people aged 18-29 will be offered an alternative vaccine such as Pfizer or Moderna after 19 deaths in the UK.

Of those deaths, three were people under the age of 30.

Out of the 79 cases reported in the UK, 51 women and 28 men suffered with clotting issues – all from the first dose.

Dr June Raine, Chief Executive for the MHRA, said the "risk remains extremely small" despite "evidence firming" up of links between jabs and blood clots.

Explaining what Brits need to look out for she said: "Anyone who has symptoms four days after vaccination or more should seek prompt help."

She said that the symptoms are "A persistent headache, vision blurring, shortness of breath, chest pain, leg swelling, abdominal pain and bruising

"This is extremely rare. And with the proven effectiveness to disease, the balance of benefits and known risks is still favourable for vast majority", she added.