YOU’LL never believe what this former public house in London looks like on the inside, with a vibrant interior hidden what appears to be a regular cornered pub.

The London home, features bold block colours and patterns throughout, with a colour palette created by artist and designer Morag Myerscough. 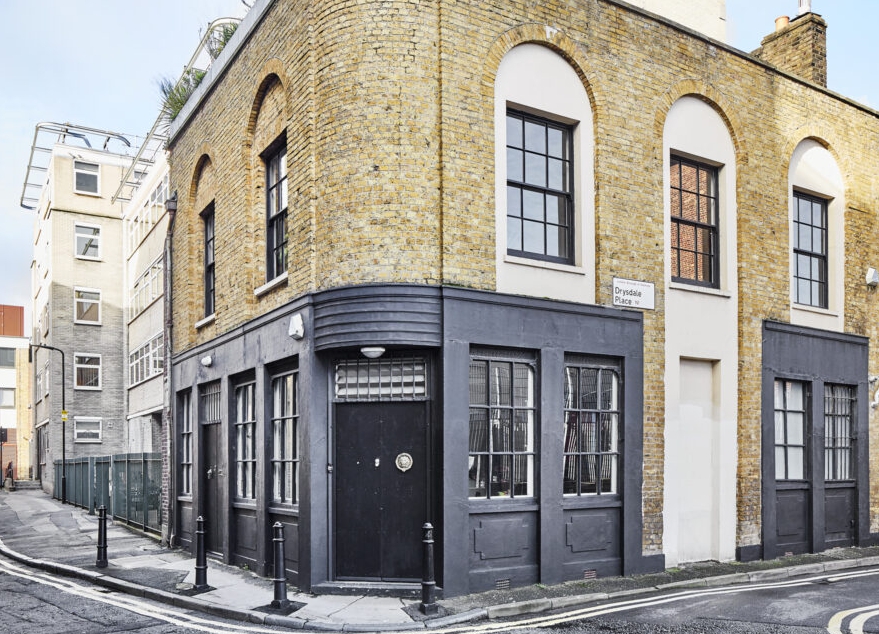 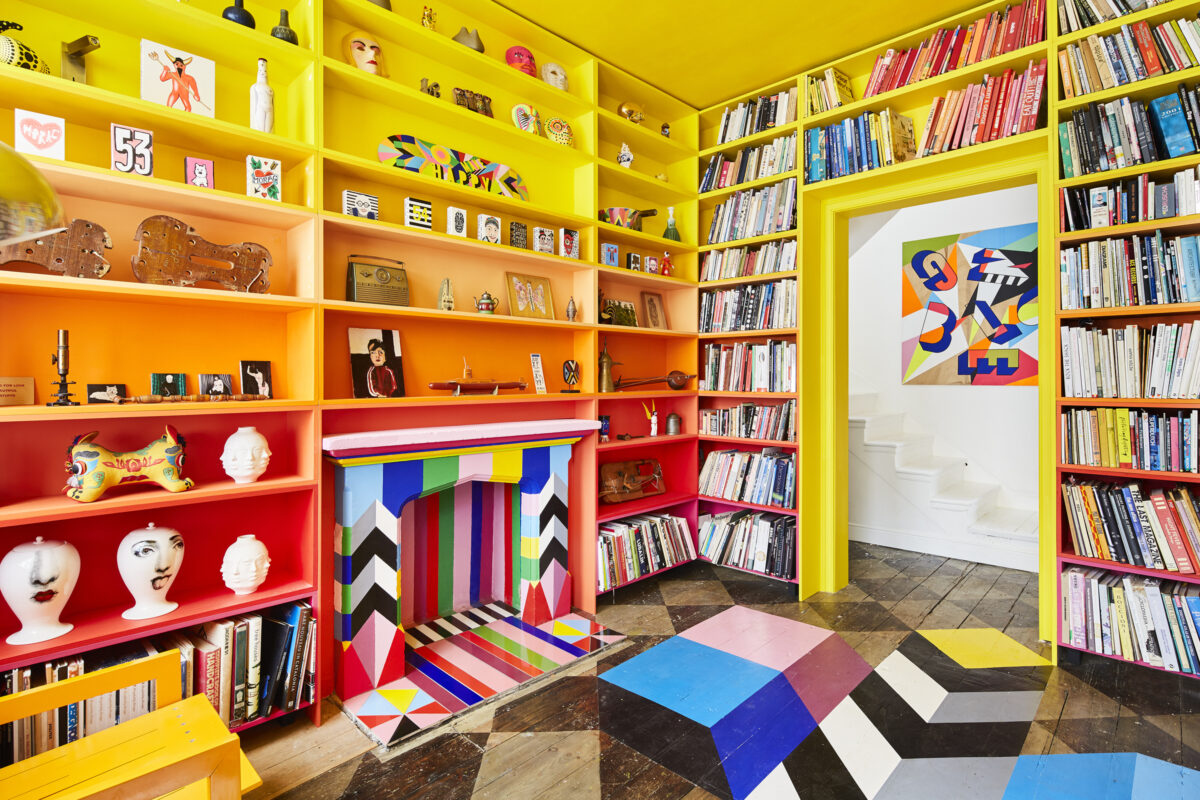 The former pub, which was converted into a unique pop art styled home has gone on the market for £2.85m

Located on Drysdale Street, in Shoreditch, the space was formerly known as the Weavers Arms.

However, it has long since been converted from its beginnings as a pub, and is instead now an apartment with a light, bright interior.

The designer Morag Myerscough home has been dubbed the “heart of hipsterville” by viewers, for the array of bright coloured, quirky pieces of art throughout.

The artist is known for her love of colour, and has been quoted as saying: "There is nothing better than to see an amazing colour in the right environment.

"It can change your whole mood."

The home and studio area comprises close to 4,500 sq ft of versatile internal space, including two massive roof-lit studios, a basement and an expansive roof terrace.

Tell-tale signs of its beginnings include its original yellow-stock brick as well as a series of distinctive blind arches, framing each of the first-floor sash windows.

The building has two entrances; one to the residential part of the house, the other to the commercial section through the wooden shop front.

The latter opens to a studio and an office, which are laid out in an L-shape and flooded in light by a series of sash windows across the front facades. 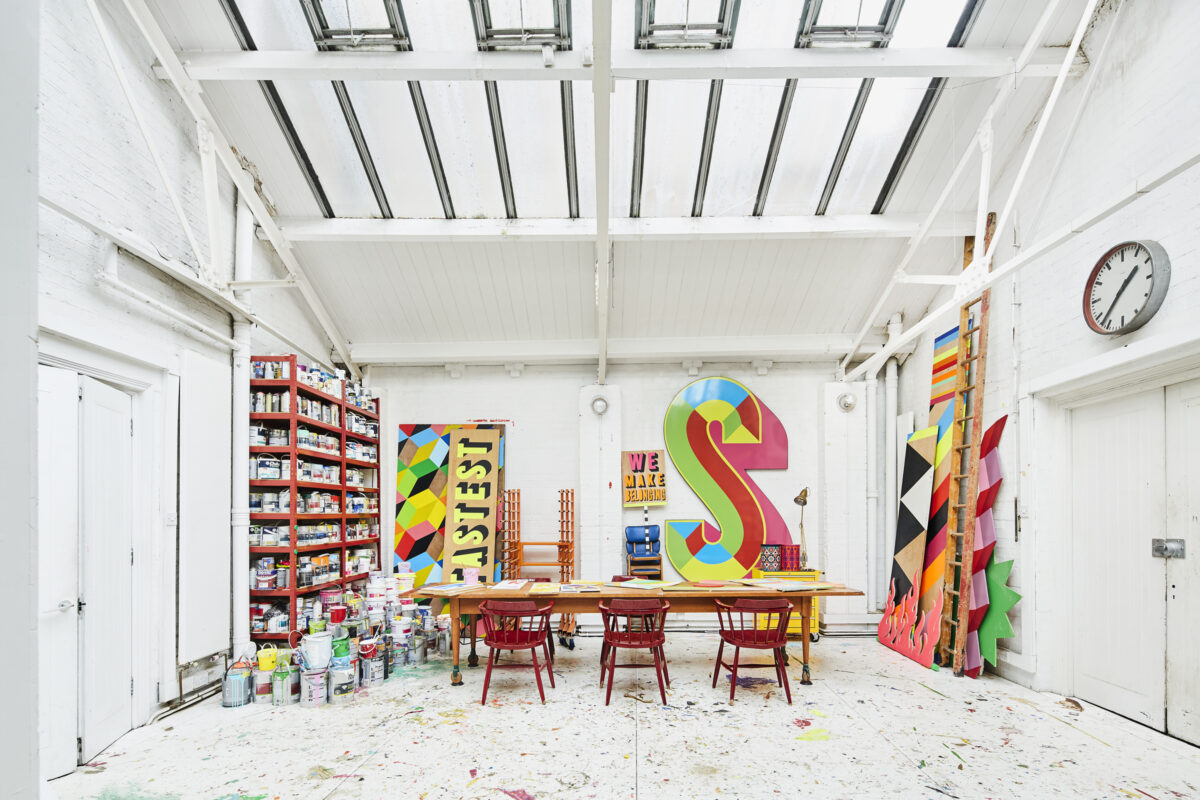 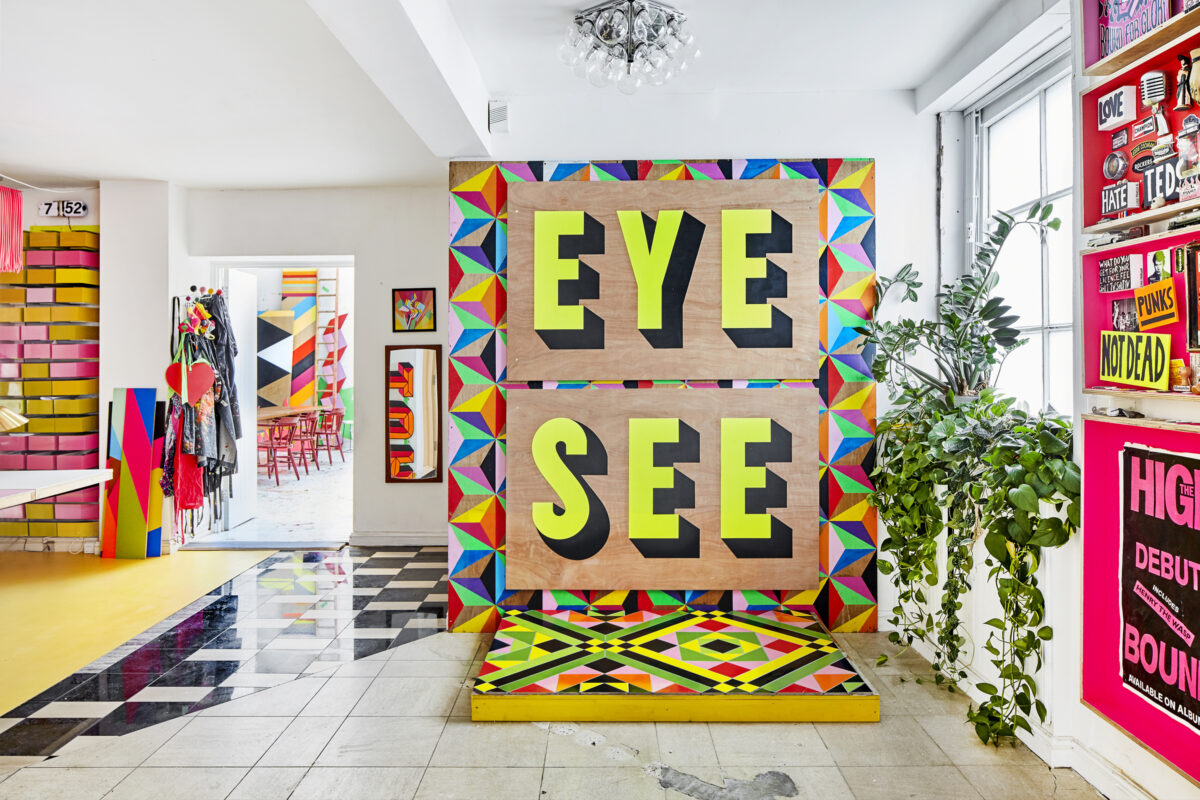 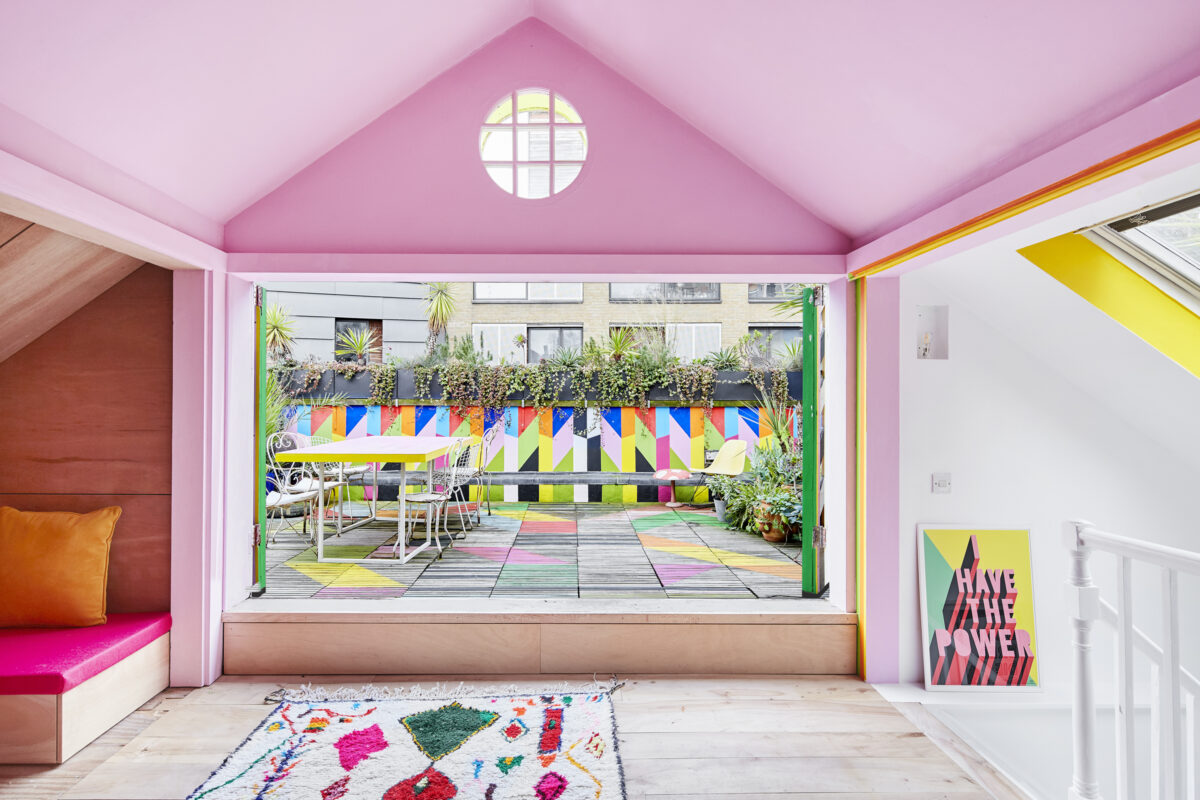 This leads into a second larger studio, which is also flooded with light from a beautiful roof-lit cathedral ceiling, which features exposed-steel trusses.

This studio is equipped with a shower room and leads into more studio space, with a mezzanine and vehicle access, through huge roller shutters.

Another entrance to the house opens to a brilliantly coloured library with an open fireplace.

Through a bright yellow doorway, a white-painted staircase leads down to the basement or up to the first floor.

Up the stairs lies a huge open-plan living room, dining space and kitchen, arranged in another L-shape.

An abundance of windows mean the space is filled with light throughout the day, and stripped-pine flooring runs throughout.

Also on this level is a bedroom, which was currently being used as a dressing room, along with a second toilet and walk-in shower.

The second floor is made up of a series of colour and texture-filled spaces, with a boldly designed master bedroom and a south-facing decked terrace.

Along with an incredible modern design, the home is situated in a primo location; just a minute’s walk from Hoxton square, and right in the hustle and bustle of Shoreditch.

The home is up for grabs now, and viewings can be arranged here. 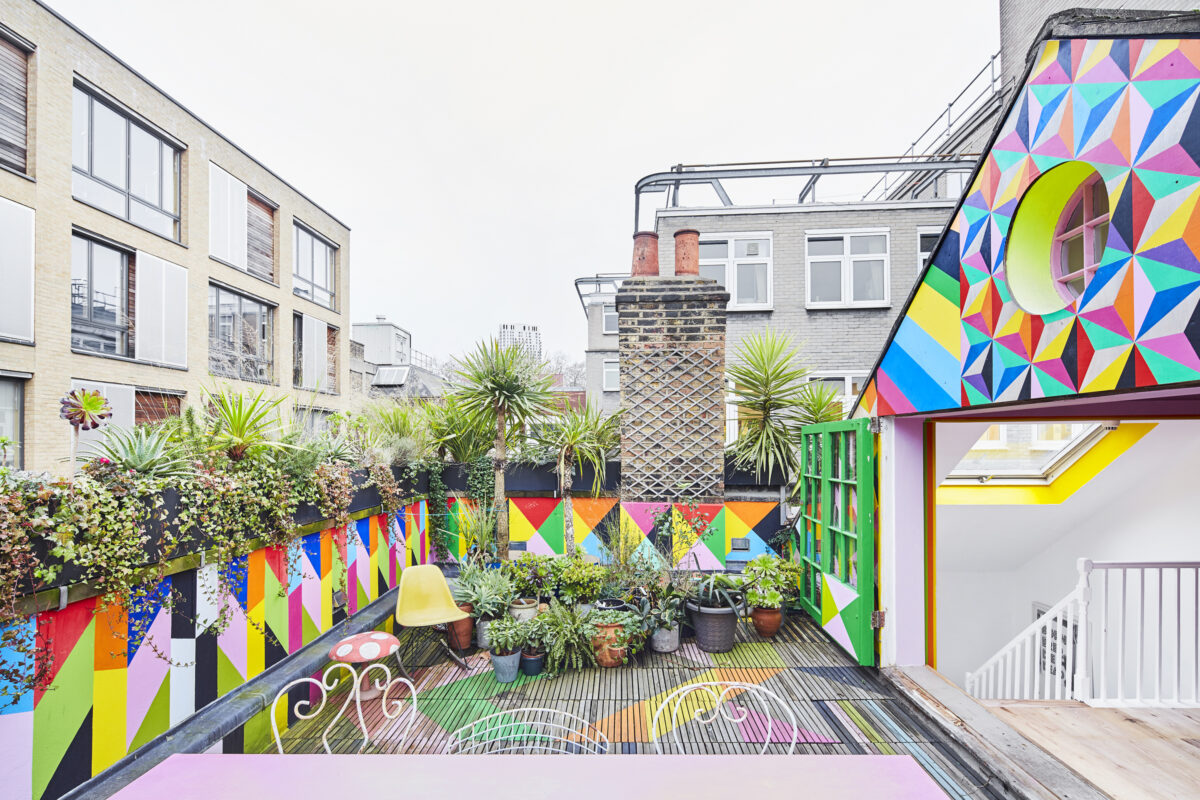 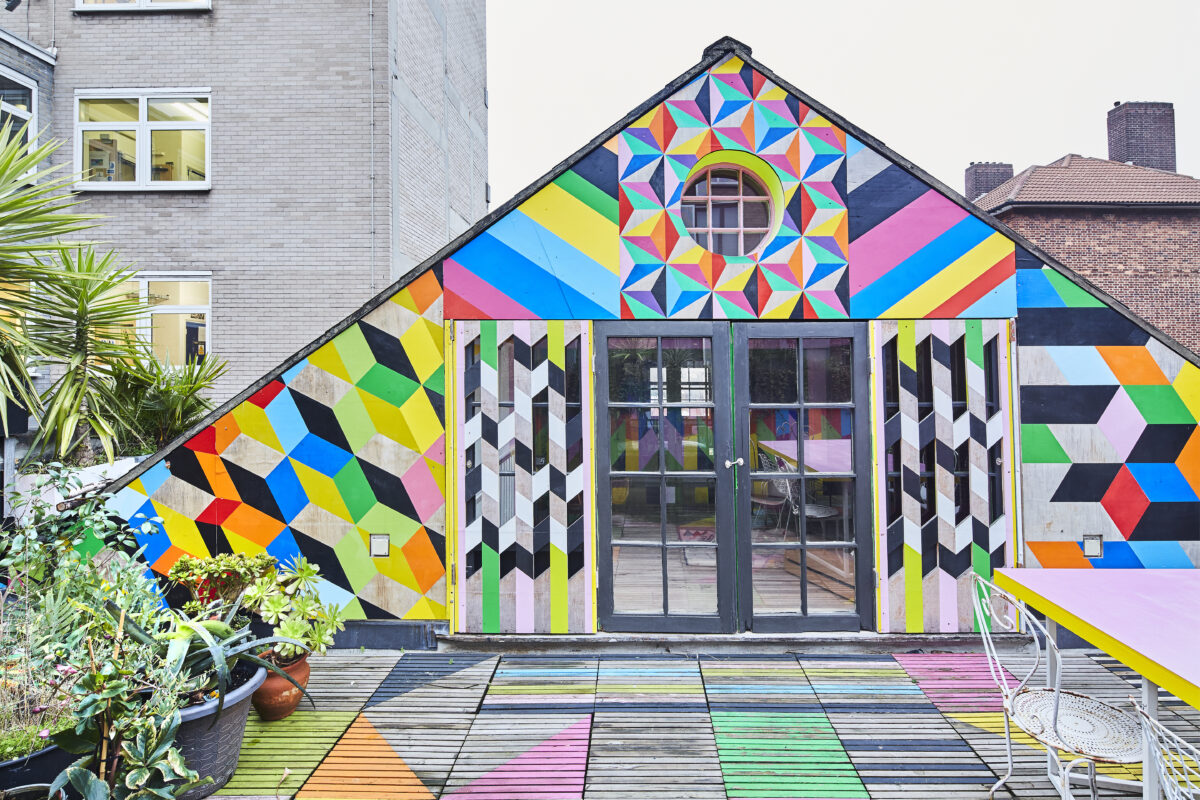 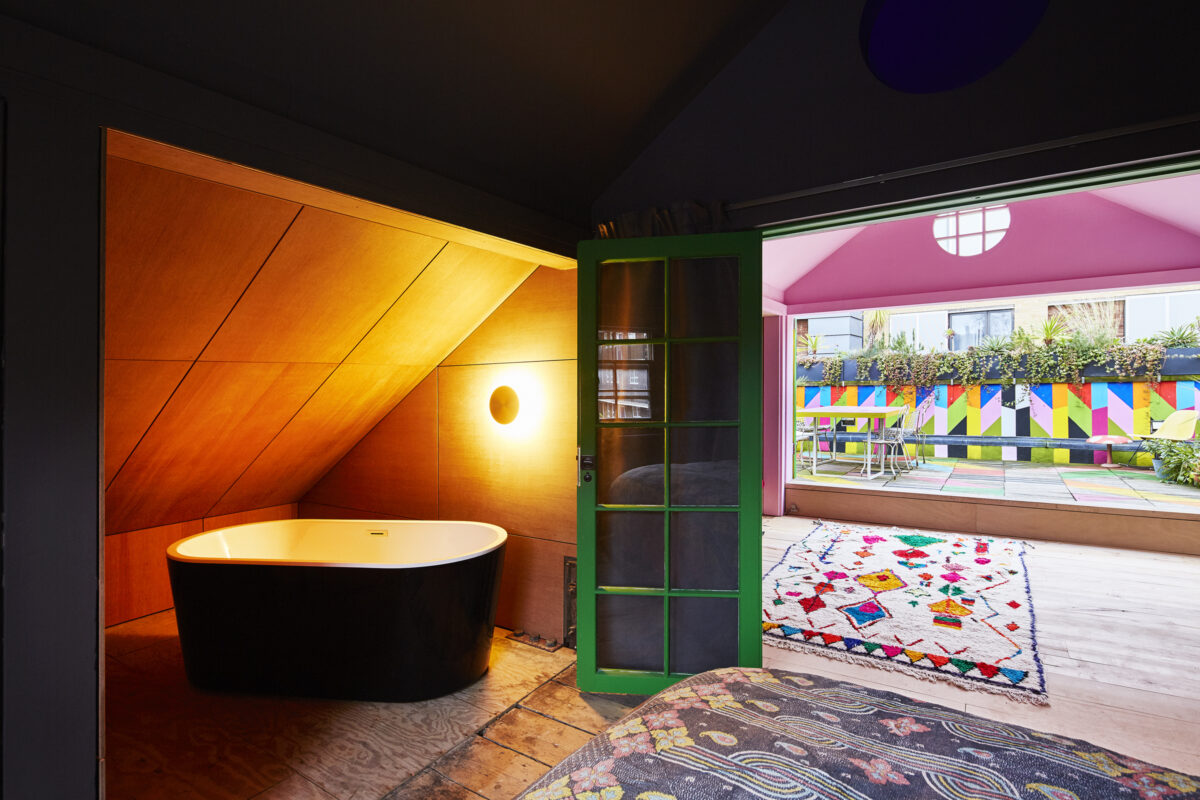 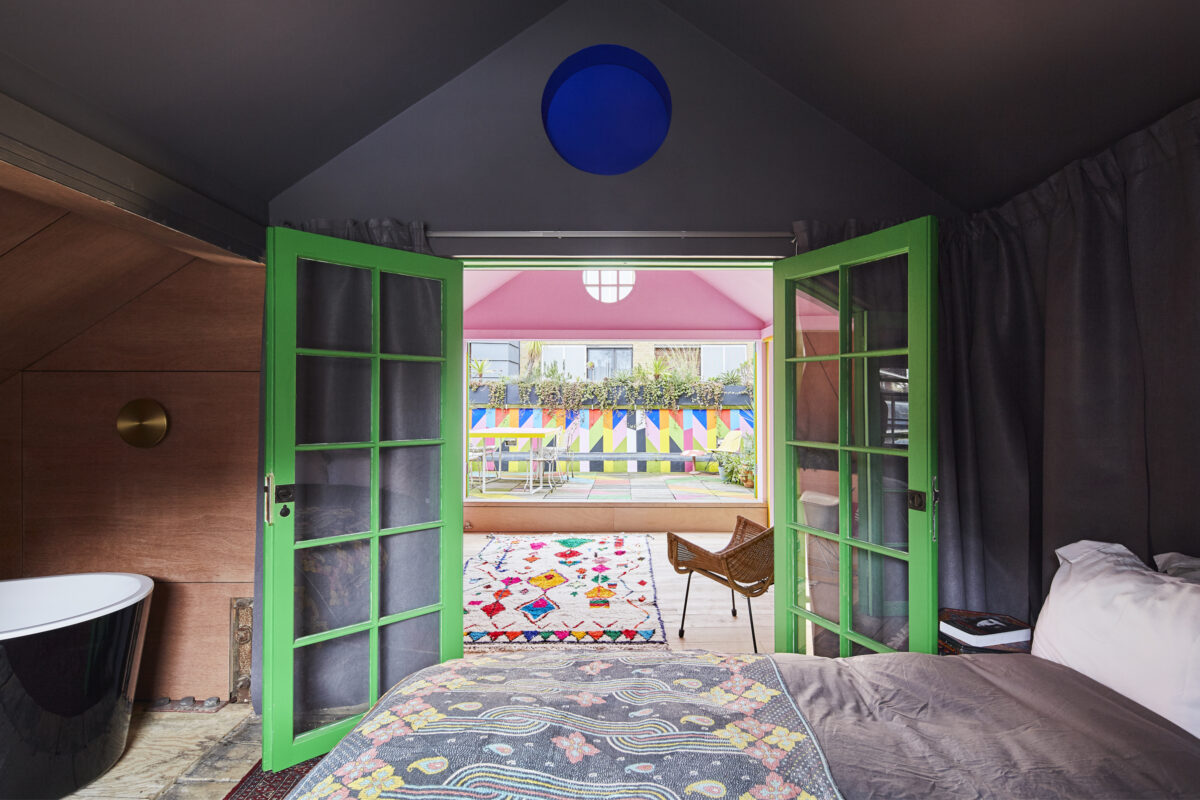 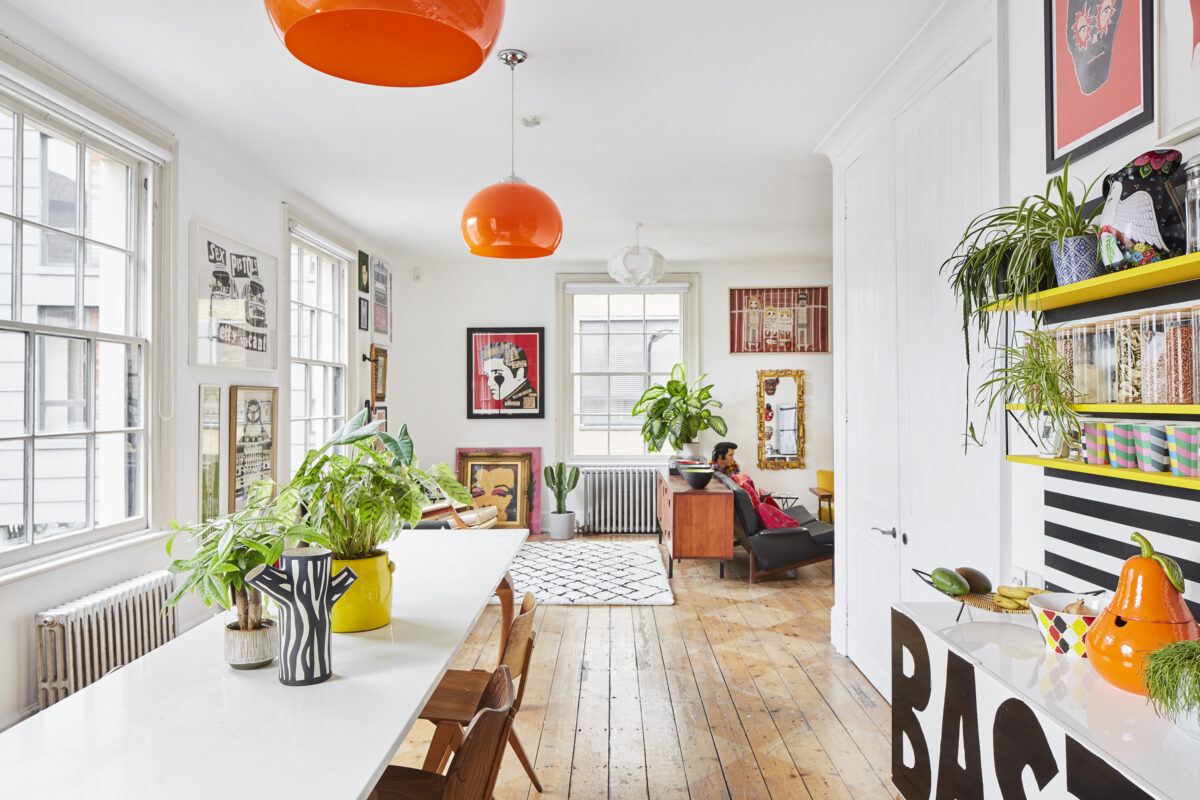 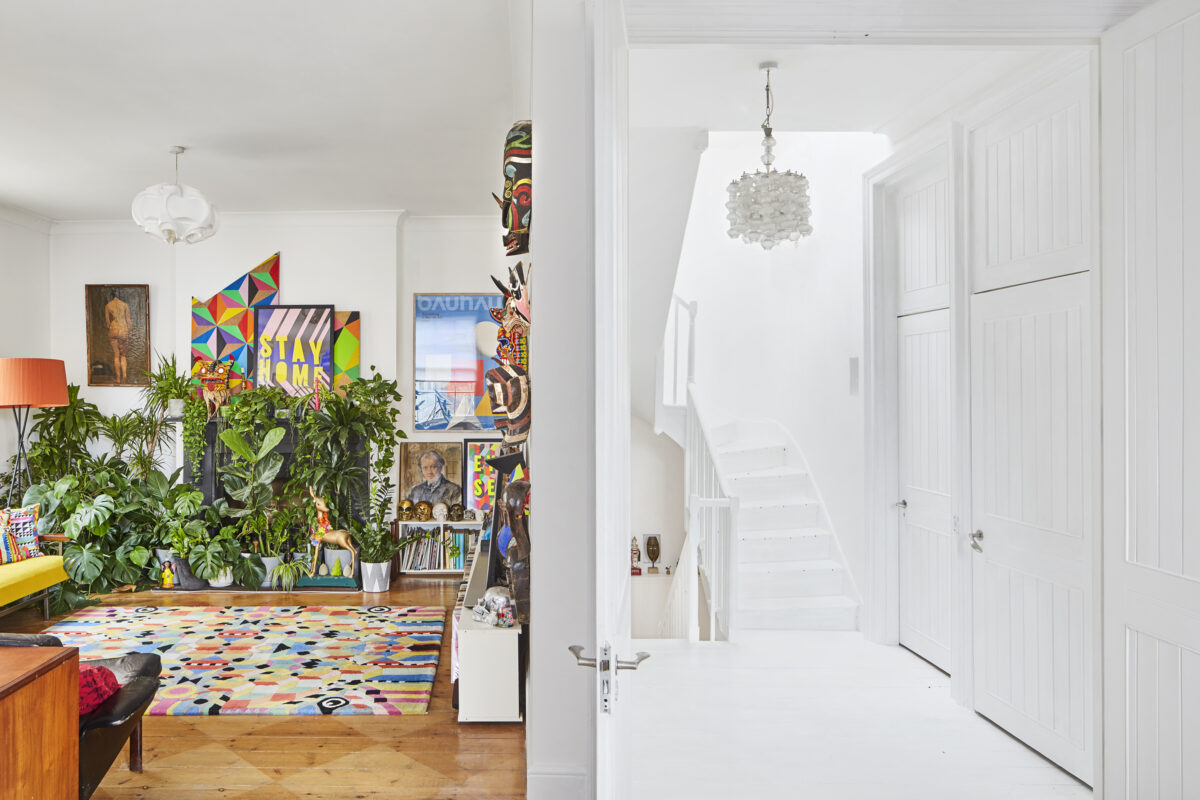 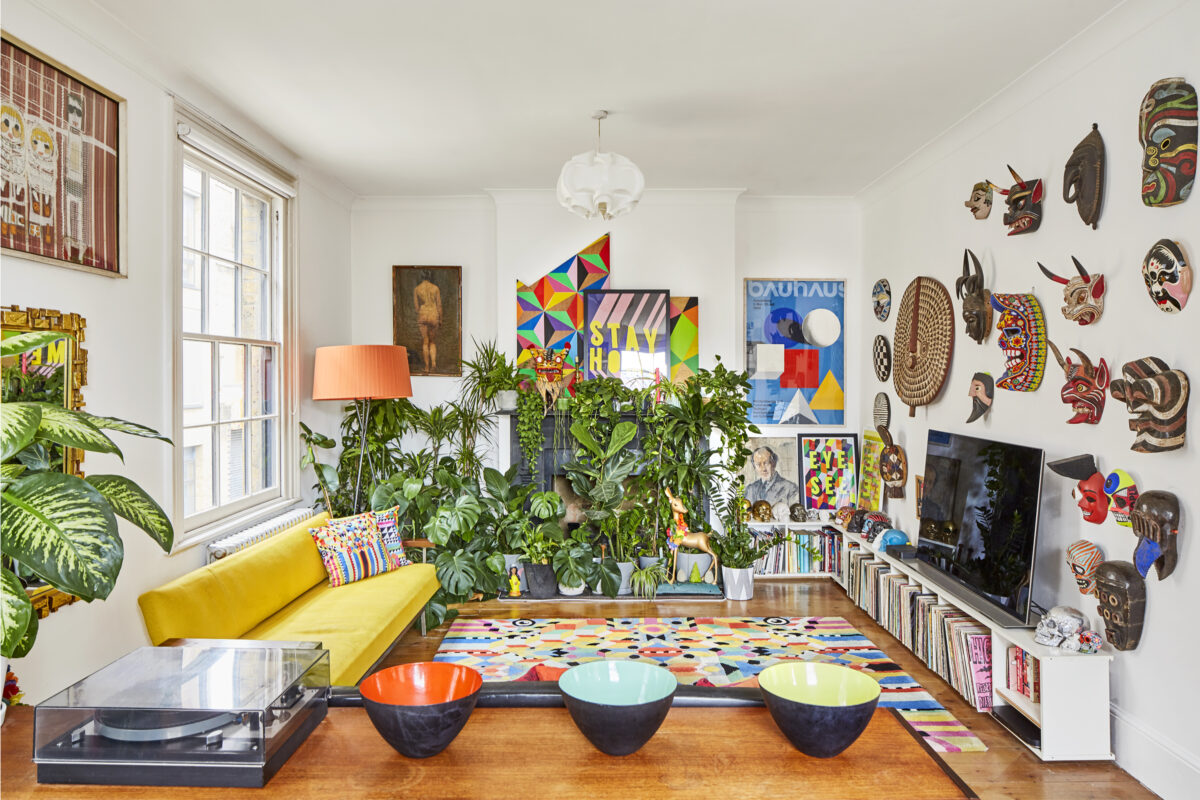 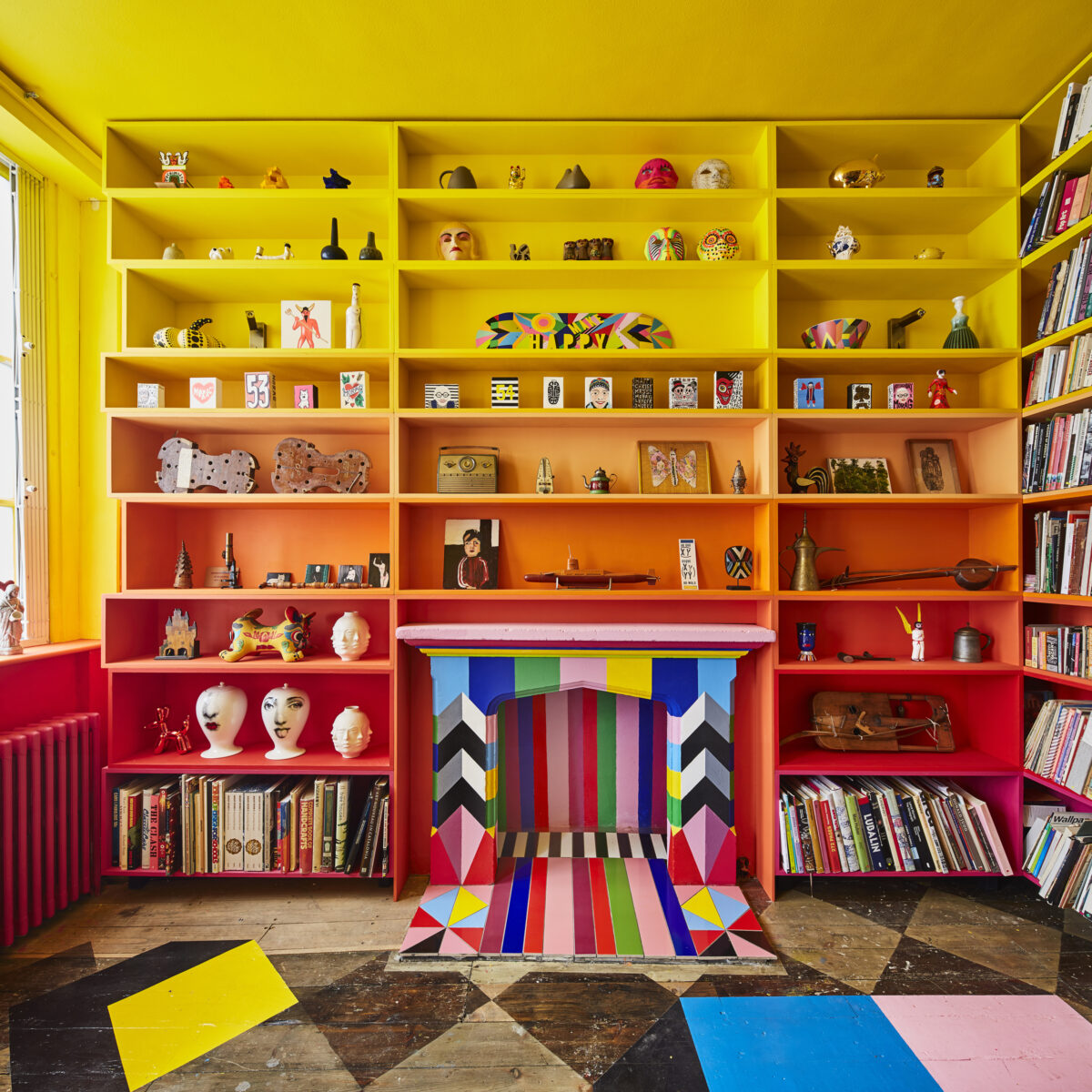 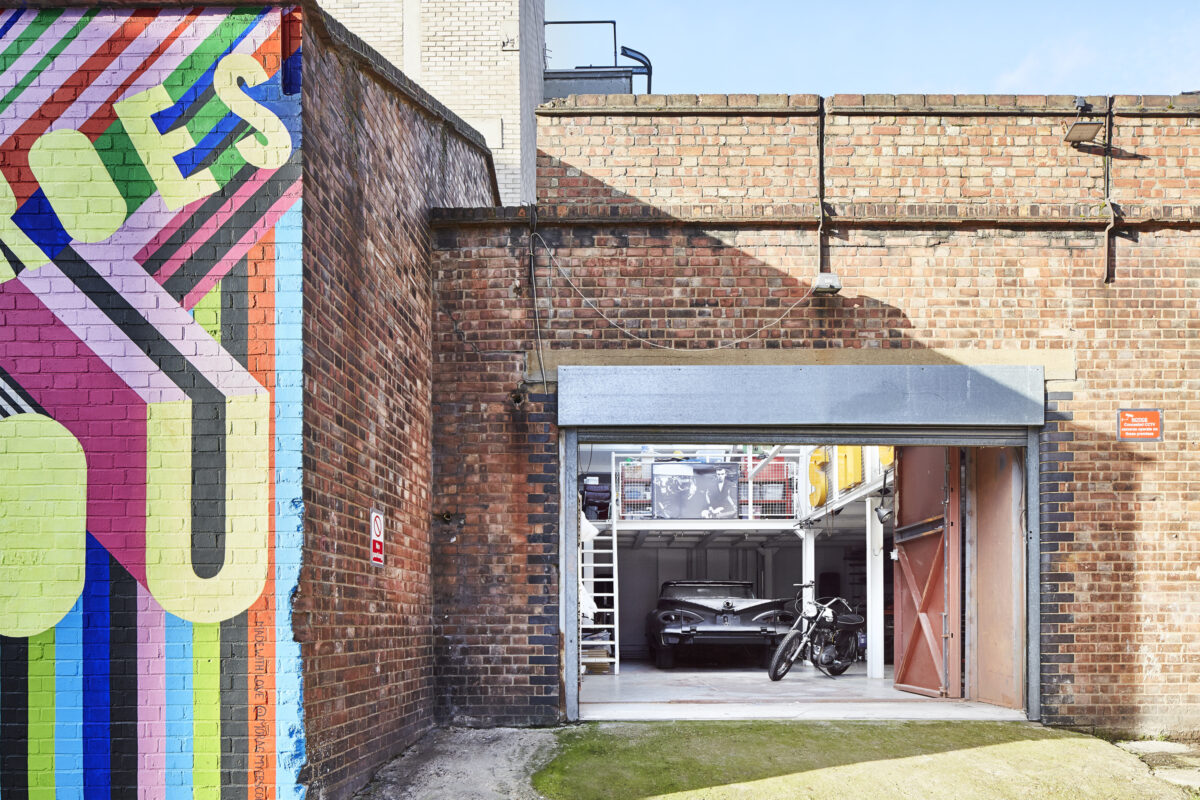 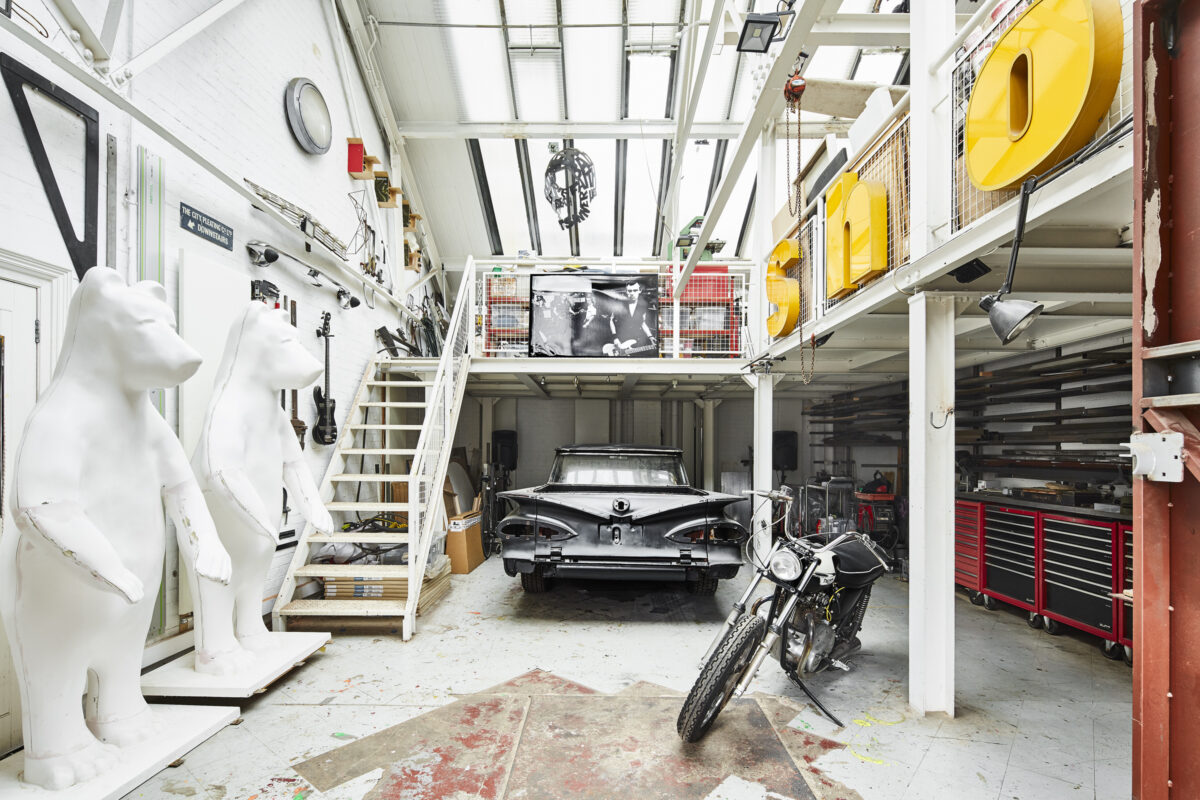